In 1980 I was asked by Tom Beckett to make a statement about my poetic writing. It seems amazing to me no that I was so readily willi)ng to do so—but this is often the case with the fearless young, and given my long-time interest in manifestoes, I quickly took on the task. The central sentence of this brief piece—which later was reprinted in a slightly different form as a more assertive epigraph to my poetic manifesto River to Rivet (“I am more interested in the relationship of river to rivet than I am in the relationship of river to bridge.”)—became a kind a rallying cry for some friends interested in my early writing. I have slightly adjusted the piece below to reflect works that actually existed as opposed to the mention, for example, of a work-in-progress—The Red Poems—which was abandoned almost before it was begun. 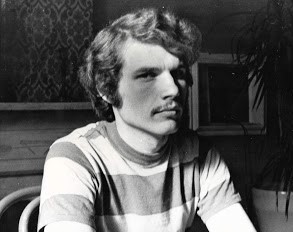 My poetry is very much located in a “language environment.” That’s an easy claim to make, for, obviously, all poetry is (or at least should be) centered around language. Like several of my contemporaries, however—writers such as Clark Coolidge, Charles Bernstein, Bruce Andrews, Ray DiPalma, Ron Silliman, Bob Perleman, Barrett Watten and others—I am interested in words less as symbols of a preexistent reality, than as signifiers or signs of a whole new reality, a reality which the words (even the syllables and the letters themselves) create. In other words, in my poetry I attempt to make (to let the words make) a reality rather than to reflect one. In my work (and it seems to me, in the work of several of the “language” poets) words spoken to paper create their own context, their own reference which may or may not have much contiguity with one’s everyday experience in the world. The poem is organized by its own semiotic or linguistic logic, the way river is related to rivet more than to barge.

In the past, my own poetry has been more contiguous to experienced reality than are some of these poets’ works. And, in that sense, my work has seemed to be more referential. I say “seemed” because, although there is some purposeful reference in my poems (language can never be completely non-referential; and to try to make it so seems to delimit the possibilities of poetry), my work is generally not organized around associations, but around the ear. It’s rhythm and sound that dominate. The experience that the poem creates for me often has little to do with the meaning of the words, but rather with what they sound like they mean in relation to each other, and how they flow together in a rhythm or pattern of breath. I have moved increasingly away from image and narrative oriented work to a poetry that, without completely abandoning the visual, is grounded in an oral impulse. Even my diagrammatic poems, which appear to rely almost completely on their placement on the page, are organized according to sound, to the sounds of many simultaneously speaking voices. Were I not interested in an audience, I would perhaps move into transrational poetry.

I’m now experimenting with tape-recorded performances with other voices reading along with my own, the way Hannah Weiner has performed her Clairvoyant Journal. And in the writing process I’ve been increasingly resisting the temptation to fall back on what is already known, letting the words take me into their own context. Although I often work by deleting or by pulling language out of its ordinary context, the whole process stands against a minimalist sensibility in that the new contexts, the new worlds which this noncontextual language creates appear to be limitless, as if one were standing at the edge of some vast expanse in which anything and everything can/must happen. In such an environment language suddenly reveals itself as something of boundless potentiality, a potentiality in which it expresses us rather than us expressing it.

Ah youth! I am touched now by the sense of the limitless potentiality I then perceived. The “diagrammatic poems” I refer to appeared only in the first edition, primarily destroyed, of Dinner on the Lawn. Obviously, it was a direction I did not take. I can’t actually recall taping any of my poetry—but after seeing Hannah’s performance in Washington, D.C., I saw its potentialities. Certainly, I allowed more performance into my work over the years, at one point performing a play, “Past Present Future Tense” with Fiona Templeton at the famed poetry venue, The Ear Inn in New York.