Born and raised on Long Island, New York, Paul Violi received a BA in English from Boston University before serving in the Peace Corps in Nigeria from 1966-1967. 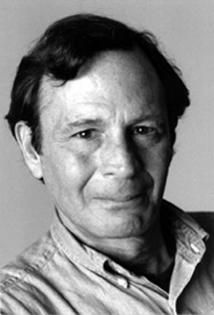 For many years Violi worked as a teacher and editor, serving managing editor of Architectural Forum, and working for a while as an assistant to Buckminster Fuller. He also worked with the artist Dale Devereux Barker. He taught at New York University, Columbia University, The New School, and elsewhere.
Associated with the second generation of the New York School poets, Violi was the co-founder of Swollen Magpie Press.
The first of his several collections of poetry was Waterworks (1972), followed by In Baltic Circles (1973, reprinted in 2011); Harmatan (1977, based on notes of his Nigerian stay), Breakers: Selected Poems (2000), and Overnight (2007), among others. His poems also appeared in numerous anthologies over the years.
In 2002 he published a collection of prose, Selected Accidents, Pointless Anecdotes, published by Hanging Loose Press.
Violi was honored with the John Ciardi Lifetime Achievement Award in Poetry, the Ingram Merrill Foundation Poetry Award, the American Academy of Arts and Letters Morton Dauwen Zabel Award, and fellowships from the National Endowment for the Arts.
He died of cancer in 2011, at age 66.

Posted by Douglas Messerli at 8:47 AM No comments:

Born on June 2, 1944, Marjorie Welish received her B.A. at Columbia University and attend Vermont College and Norwich University to receive an M.F.A. degree. 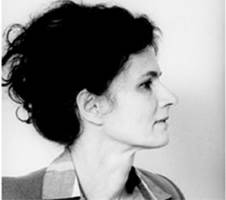 Living in New York, Welish teaches art, literary criticism, and art history at Pratt Institute, but she has also frequently taught poetry courses at Brown University. She was the Judith E. Wilson Visiting Poetry Fellow at Cambridge University in 2005.
Her first book of poetry, Handwritten, was published by Sun Press in 1979, and since that time she has published numerous other collections, including  Two Windows Flew Open (1991), Casting Sequences (1993), The Annotated “Here” and Selected Poems (2000, a finalist for the Lenore Marshall Prize from the Academy of American Poets), Of the Diagram (2003), and Word Group (2004).
Welish has also published and book of essays, Signifying Art: Essays on Art after 1960  (published by Cambridge University Press in 1999) and is herself an artist, represented by Baumgartner Gallery in New York City and Aaron Galleries in Chicago.
In 2001 the University of Pennsylvania held a conference devoted to Welish’s work, showing several examples of her books and art along with the delivery of papers about her writing.
In 2009, Granary Books published Oaths? Questions?, a collaborative artists’ book by Welish and James Siena, which was the subject of a special exhibition at Denison Museum in Granville, Ohio; the book is in several permanent collections, including that of the Metropolitan Museum of Art.
She has received grants and fellowships from the Adolph and Esther Gottlieb Foundation, the Djerassi Foundation, the Elizabeth Foundation for the Arts, Fifth Floor Foundation, the Howard Foundation, the International Studio Program, the MacDowell Colony Fellowship, Pollock-Krasner Foundation, and the Trust for Mutual Understanding.