Charles North was born in Brooklyn in 1941 and grew up in and near New York City.  A classical clarinetist in his youth, he played with his first orchestra at thirteen and spent summers in the music program in Interlochen, Michigan. For a time he was going to make music his career.
He studied English and philosophy at Tufts (where he met his wife, Paula; they have two grown children, Jill and Michael) and English at Columbia, and then spent six weeks at Harvard Law School before dropping out.  In his mid-twenties, while copy-editing for a publishing company, he began writing poems and found his way to Kenneth Koch’s poetry workshop at The New School, which he credits with changing his life.  Soon after, he was hired to teach English at (then) Pace College, where he eventually became the University’s first Poet-in-Residence. 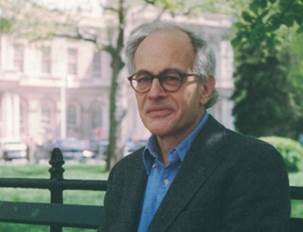 The newly formed Poetry Project in New York City was central to North’s development as a poet.  He went to numerous readings, published in Project magazines, served on the Advisory Board, and befriended other poets of his generation, including two who would become close colleagues, Tony Towle and Paul Violi.
North’s first poetry collection, the innovative Lineups (1972), was featured in two New York Post sports columns and reprinted in several anthologies. Since Lineups, he has published nine books of poems; collaborations with the poet Tony Towle (Gemini; Putnam Valley, NY: Swollen Magpie, 1981) and the artists Trevor Winkfield (Tulips; New Haven: Phylum, 2002) and Paula North (Translation; Brooklyn: The Song Cave, 2014); and two books of essays: No Other Way: Selected Prose (Brooklyn: Hanging Loose, 1998); and Ode to Asparagus, Peonies and Manet (The Song Cave, 2010). In the mid-70s he wrote for Art in America and briefly taught in the Poets-in-the Schools program. With James Schuyler, he edited the poet/painter anthology Broadway in 1979, and subsequently Broadway 2, and with Violi he ran the Swollen Magpie Press from 1976-1982.
In 2017 North published States of the Art: Selected Essays, Interviews and Other Prose 1975-2014 (Brooklyn: Pressed Wafer).

Posted by Douglas Messerli at 10:21 AM