Born on June 2, 1055 in Caracus, Venezuela, Edda Armas graduated from the Central University of Venezuela (Universidad Central de Venezuela) in creativity and cultural management.
She appeared on the Venezuelan literary scene in 1975 with the poetry collection Roto todo silencio (Broken by Silence), winning a literary award from the Center for Latin American Studies (Romulo Gallegos), headed by Ludovico Silva, Guillermo Sucre, and Gonzalo Rojas. Her second book of poetry, Contra el aire appeared as the 4th volume of the New Voices Collection of Editions talleristas Cerlag in 1977.
Since then she has won numerous awards for her poetry, including XIV International Poetry Prize Biennial "JA Ramos Sucre" chosen by Oscar Hahn (Chile), José Luis Rivas (Mexico), and Armando Rojas Guardia (Venezuela).
Today she works as a social psychologist.

Born in Minneapolis, Minnesota on August 23rd, 1947, John Olson’s first seminal discovery in the realm of poetry occurred in the summer of 1966 in San José, California when a friend showed him “The Drunken Boat” by Arthur Rimbaud, a poem well outside the conventions of most of the poetry he’d seen till then and whose hallucinogenic delirium and phantasmagoric brilliance had an immense and immediate appeal. He’d begun writing poetry while attending the University of North Dakota in the spring of 1966, but it was Rimbaud’s “The Drunken Boat”—shortly after relocating to the west coast—that truly put him to sea.

Olson graduated from San José State in 1974 where a class with poet Michael Palmer further enlightened his journey into poetry and introduced him to the work of other poets such as Ted Berrigan and Gertrude Stein whose concentration on the “thingness” of language encouraged a more radical approach to writing, a practice based on a sense of construction, of language as a medium of assembly rather than strictly a mode of communication, a utility for transmitting messages. This perspective would be further bolstered by William Burroughs’s cut-up technique. It was also at San José State that Olson discovered the work of James Joyce, whose monumental Ulysses would inspire further experimentations in prose and a deepened interest in the prose poetry of Charles Baudelaire, Arthur Rimbaud, Francis Ponge, André Breton, Bob Dylan (Tarantula), the Comte de Lautréamont (Isidore Ducasse), Stéphane Mallarmé and Jack Kerouac. Kerouac’s novels would also provide a bridge to the work of Marcel Proust and Louis Ferdinand Céline.

Olson returned to Seattle in 1975, his point of origin after his parents moved there from Minneapolis in 1959. A part time job for the mailing service at the University of Washington provided an income while he developed his writing, although he did not begin submitting work in earnest until rather late in life, in his early 40s, upon which his work began appearing in journals such as Sulfur, New American Writing and Andrei Codrescu’s Exquisite Corpse.

Olson has thrice received the Fund for Poetry Award. In 2004, Olson received The Stranger’s Genius Award for Literature and in 2102 was one of eight finalists for Washington state’s Artist Trust’s Arts Innovator Award. In 2008, Souls of Wind, Olson’s novel about the imaginary exploits of Arthur Rimbaud in the American West of the 1880s, was shortlisted for a Believer Book .

Posted by Douglas Messerli at 11:51 AM No comments:

To hear Norwegian jazz singer Karin Krog's version of Gertrude Stein's "As a Wife Has a Cow," go here:
https://www.scribd.com/doc/90874479/Wife-Has-a-Cow 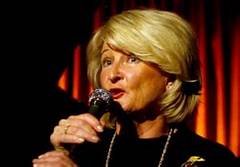 Posted by Douglas Messerli at 6:12 AM No comments: