Francesco Cangiullo (Italy)
1884-1977
Francesco Cangiullo, born in Naples on January 1884, was one of the central figures of Italian Futurism. Along with his brother, Pasqualino, Cangiullo collaborated on major manifestos, poetic collaborations, and paintings that would help to define the movement, headed by Filippo Tammaso Marinetti, whom he met in 1910. 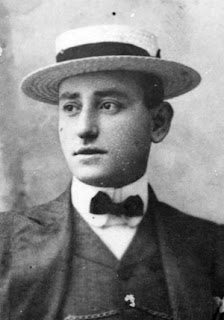 In 1913 he joined the Futurist movement, by 1914 participating in the Free Futurist Exhibition International in Rome, with paintings and sculptures created in collaboration with Marinetti and the artist Balla.
In 1916 he published his masterwork, Piedigrotta, published in the same year as with Caffeconcerto: Alphabet Surprise, where he turned his language into pictorial images, in which the typological images became characters of “drama.”
During the 1920s, he composed, sometimes with Marinetti, several important manifestos, including the “Theater of Surprise,” (1921), “Pentagram Poetry, and “The Futurist Furniture,” (Il mobilio futurista) as well as the “Futurist Manifesto of Friendship in War” (Manifesto futurista dell’amicizia in guerra).
Cangiullo, in his later years, grew increasingly interested in theater, working toward the creation of a Futurist synthetic theater.
In 1924, the author moved away from Futurism, although remaining a friend of Marinetti; and in 1930 he published his collected memories of his Futurist experiences.

BOOKS OF POETRY and related publications 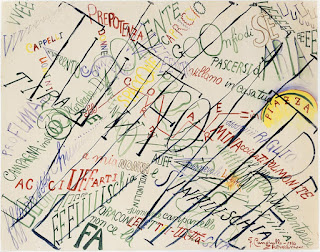 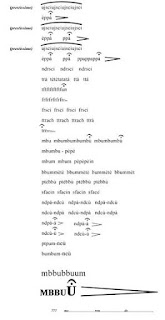 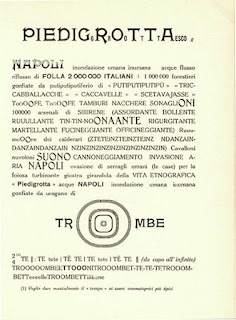 Posted by Douglas Messerli at 2:27 PM No comments:

For the archive of Adriano Spatola, posted by his brother Maurizio, go here. This site goes beyond the posting of important connections with the Italian poet, including numerous other significant poetic influences and relationships.
www.archiviomauriziospatola.com 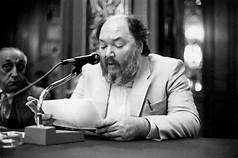 Posted by Douglas Messerli at 1:45 PM No comments:


Born in Brooklyn on May 12, 145, Bernadette Mayer received her BA from the New School of Social Research in 1967. During those same years she co-edited, with visual artist and poet Vito Acconci and Acconci's wife, Bernadette's sister Rosemary, the important experimental journal O to 9, each bound with different covers from 1967-1969. Later, with her husband Lewis Warsh, she edited United Artists Press, which also published several of her own books as well as important writers such as Robert Creeley, Anne Waldman, James Schuyler, and Alice Notley. She also taught at the New School of Social Research.
For a number of years Mayer taught workshops at the Poetry Project at St. Mark’s Church, helping numerous poets who would later become renowned for their work, and later she served as the Poetry Project’s director during the 1980s.
She began publishing her own poetry and prose poems in 1964 with Ceremony Latin (1964), Story (1968), Moving (1971), and Memory (1975). Her early writing was influenced by Gertrude Stein, but also by the experimental poets of the day, including Acconci and New York School poets. Her work often combines both poetry and prose in a way that, like Stein, makes it impossible to separate the two forms. 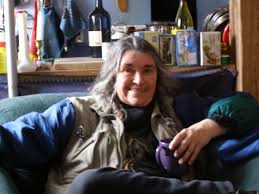 Her influence, over the years, has been immense, particularly on women and feminist poets in the United States. But generally, she has been a significant figure for a large number of contemporary experimental poets of both sexes. Her work has been included in many major anthologies, including in From the Other Side of the Century: A New American Poetry 1960-1990 (Sun and Moon Press, 1994). Her letters and interviews were published as What’s Your Idea of a Good Time? by Tummba Press in 2006.

Posted by Douglas Messerli at 12:17 PM No comments: 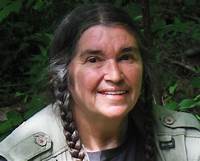 Posted by Douglas Messerli at 10:22 AM No comments:

Born in 1956 in Vaduz, Liechtenstein, Michael Donhauser grew up as an Austrian citizen in that country, where he attended both elementary and high school. 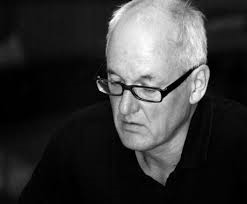 In 1976 he moved to Vienna where he studied both German and French, graduating in 1984 after writing a thesis on Charles Baudelaire’s Les Fleus du Mal.
Beginning in 1986, with the publication of the prose poems, Der Holunder (The Elder). Since then he has published numerous books of poetry and fiction, as well as translations into German of Arthur Rimbaud and Francis Ponge.
Ponge particularly is a major influence on Donhauser’s Von den Dingen of 1993, translated into English in 2015 as Of Things by Burning Deck press. Among his books of fiction are Edgar. Erzählungen of 1987, Livia oder Die Reise of 1996, and Variationen in Prosa in 2013.
Donhauser, who continues to live in Vienna, has won several major awards, among them the Christine Lavant Poetry Prize, the Mondsee Poetry Prize, the Ernst Jandl Prize, and Georg Trakl Prize for Poetry.


from The Literalness af the Ouincs

Thus, opened to an A and shut again, it stands.


Tall, wide, deep in the room, a provisional piece of steadfastness.


river of its grain.


It reposes in itself.


No afternoon seems able to find fault with it, no appeal would coax it forth


now from its silent being.


It remains, unanswered, not spreading its wings, its doors, in order to flap


It just coos when I open it, and displays the linen, for which it serves as


Square-built, heavy-set, it's concerned only with its task, to close into itself


every chaotic swirl for the sake of a quiet orderliness.


Only toward evening, while reminiscing about its origins, its travels as a


steamer trunk, does it give off an otherworldly glow.

It creaks if I lay a hand upon it, intending to shift it.


In this way it persists in its steadfastness, so I leave it alone.


As a kind of head adornment it wears my hat, two bottles of wine, a quince,

It is first of all, has been, here separates me picket by picket.


From you, if anything like "in back ot: in front of" still existed.


Partitions and intervals, light and shadow:


I have learned, to have lost myselt: to lose.


In the exactitude, with which it varies the eternal sameness.


Or might find, in the crookedly hammered nailheads, the trace.


Once again, scarred over, rusted black, cross after cross.


Between them, now and again, its substance shines ofl:.white, and


Thin timbers fallen into a beyond, into still another Garden.

Morning is when I watch and wait.


Begins with the first apprehension of gray; a pale transparenc)T.


So is somewhat hesitant, veiled in its very inception.


There's no bursting-forth that it would proclaim.


Slowly, it bares the day; isolates the sounds.


Transforms all that is spoken into the subtitles of its mute labor.


Or still repeats, in residuals, the erstwhile rooster.


In the clattering of beer crates, in the slamming of doors.

It dissolves all remembering in favor of visibili~


Of distinctness, of frontal facades.


Finally I'm left with only an inkling of it.


quality.* Here too, then, it shapes itself by a series of negations.


It does not point backward, through fissures; shows no that remain


unrounded; its origins are erased by the age-old influence of water.


Thus: from its power of opposition is taken everything conspicuous,


everything close at hand like, perhaps, the act of breaking it by means of


It even withstands comparison to a potato, which peeled, damaged by the


cut of a spade, riddled by what was likely a worm could shed light on it.


No skin, slightly yellowed or as frosted-glass clear mosaic, that protects it, to


which its tesselations bear a likeness; few its furrows that resemble only those


Facet by facet brighter, reflective: so what results is the illusion of a


Placed in the hand, it allows its never-to-be-completed form to be perceived,


to be reconstructed by turnings and rubbings.


With its aroma, it holds fast even the most ephemeral: the first cooling at the


start of a storm, when such arises, almost boiling.


Otherwise no remembering, only the urge to throw it, to cause its hardness


to take effect beyond speech.

* Translator's note: In German, the plural of "stone" is a word of two syllables (Steine).


Posted by Douglas Messerli at 9:12 AM No comments: