"The Flame in the Grate: Uche Nduka's Surrealism" | essay by Joyelle McSweeney [link]

For an essay on several books by poet Uche Nduka, "The Flame in the Grate: Uche Nduka's Surrealism," by Joyelle McSweeney, go here:
http://bostonreview.net/poetry/joyelle-mcsweeney-flame-grate-uche-nduka 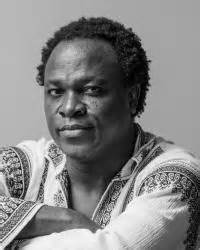 Posted by Douglas Messerli at 1:48 PM No comments:

Uche Nduka (Nigeria / lives USA)
1963
Born in Umuahia, Nigeria on October 14, 1963, Uche Nduka earned a B.A. in English from the University of Nigeria, Nsukka in 1985. He worked as the first Executive Secretary of the Associationof Nigerian Authors from 1987 to 1989, becoming the National Publicity secretary of the same organization from 1992 to 1995. 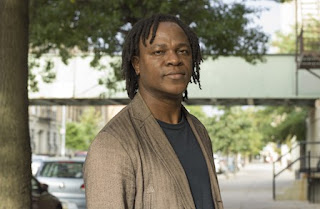 From 1995 to 2001 and again from 2003-2007, Nduka was a Lecturer in African Literature at the University of Bremmen, and lived in the Netherlands and Germany before moving to New York, where he currently lives.
His first volume of poetry was Flower Child, published in 1988, followed by Second Act in 1994. Since then he has written seven further books of poetry: The Bremen Poems, Chiaroscuro (which won the Association of Nigerian Authors Poetry Prize in 1997), If Only the Night, Heart’s Field, eel on reef and Ijele.
Nduka edited two collections of poetry, Poets in their Youth of 1988 and Und auf de Straßen eine Pest: Junge Nigerianische Lyric in 1988.
In 2000 he published Belltime Letters commentaries and meditations in prose.
His work has been translated extensively into German, Dutch, and other languages.

For three other poems by Nduka, click below:
http://overpassbooks.org/2013/01/15/three-poems-by-uche-nduka/
Posted by Douglas Messerli at 1:35 PM No comments:

Born in Egnach, Switzerland on August 8, 1963, Christian Uetz received his teacher training in Kreuzlinger, after studying philosophy, comparative literature, and ancient Greet at the University of Zurich.
His first book of poetry, Luren appeared in 1993, and since then he has published several other collections of poetry. 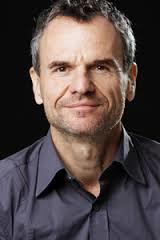 Since 1998 he has lived as a freelance writer in Zurich, where he also become a poet-performer. In 2011 he published two fictions, Nur Du, und nur Ich and Federer für alle. Since then he has continued to work in fiction, penning Sunderwarumbe (2012) and Es passierte (2015). Besides poetry and fiction, he has published several audio works, Nichte und andere Gedichte (1999), Live im Schiffbau (2002), and Mysterienspiel live in der Jesuitenkirche (2003).
In 2011 Uetz published his first fiction Nur Du, und nur Ich (Zurich: Secession Verlag).
Uetz has won several major literary awards, including the Prize of the Ingeborg Backmann Competition in 1999, the Internationa Lake Constance Conference Award in 2001, an Award from the City of Zurick in 2002, the Thurgau Cultural Award in 2005, and The Prize of the Federation of German Industry in 2005.

Arseny Tarkovsky (USSR / Russia)
1907-1989
Born on June 25, 1907 in the Ukranian city of Elisavetgrad (now Kirovoohrad) to a bank clerk, Aleksander, who was also a revolutionary and amateur actor. In 1921 he and several friends published an acrostic poem about Lenin, and the group was arrested and sent to Nikolayev for execution. Only Tarkovsky escaped.
In 1923 Tarkovsky moved to Mosscow, where he would live for much of the rest of his life, where he worked as a newspaper journalist for the railroad workers, Gudok. There he established an editorial section dedicated to verse. 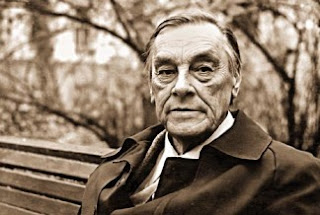 From 1925-1929 the young poet studied at a Moscow university, a student for some time of the playwright Ivan Karpenko-Kary. By the late 1930s he had become a noted scholar and translator of several languages, including Turkmen, Georgian, Armenian, and Arabic, publishing poetry by Abu'l-Ala-Al-Ma'arri, Nizami, Magtymguly, Kemine, Sayat-Nova, Vazha-Pshavela, Adam Mickiewicz, Mollanepes, and Grigol Orbeliani.
During the Second World War, Tarkovsky served as a war correspondent for the Soviet Army publication Battle Alarm. Seriously wounded in the War, Tarkovsky developed gangrene in his leg and had to undergo six different amputations. He received the Order the Red Star for valor.
Living through that experience, the poet came to write some of his most well-known poems. His first book was scheduled to be published in 1946 but with the attack of Anddrei Zhdanov against major Soviet writers such as Anna Akhmatova and Mikhail Zoshcenko, the book was abandoned. Indeed, although known as one of the most important poets of the period, Tarkovsky was unable to publish a collection until Before Snow in 1962, when Tarkovsky  was 55. That book and the rise of his son, the filmmaker Andrei, brought him international acclaim.
Yet among his peers Tarkovsky had developed a remarkable reputation. As Akhmatova described him in a later interview, “he was the one ‘real poet’ in the Soviet Union. And as the critic Yuri Kublanovsky wrote in his introduction to the complete works of Tarkovsky in Russian:

Tarkovsky managed to keep his creative mind un-
damaged and free. What I mean, of course, is not
just freedom from propaganda, but also the principal
freedom, inner freedom, the one defined by Blok was
the secret freedom of humanity. Somehow he never
succumbed to the temptation of pleasing—not only
the criminal authorities, but also to a more subtle
temptation of pleasing the reading public—of tuning,
half-consciously, while writing, to their demands.

Many poets and critics have seen Tarkovsky’s work as a continuation of translators Philip Metres and Dimitri Psurtsev have described as Mandelstam’s “poetic and cultural surgery.”
Tarkovsky died on May 27, 1989 in Moscow.

For a poem, “On a Bank,” published in English in The New York Review of Books, click below:

For another selection of poems in English, go here:

Posted by Douglas Messerli at 8:07 AM No comments: