Born in 1925 in Oviedo, Spain, Angel González lived his early youth in northern Spain. His father died two years after his birth, and he was brought up by his mother in the period of the Spanish Civil War. One brother was killed during the conflict, and another was left home to fight on the side of the Republicans. Both his mother and sister lost their jobs, and the family lived in extreme poverty.

In his early years González displayed a great interest in music, and might have gone on to study it if were not for their poverty. He was, however, able to attend the University of Oviedo, where he studied law, graduating in 1948. During this same period he had begun to write poetry, particularly during a period when he contracted tuberculosis and was sent to a small town in the mountains of Léon. Thereafter, he took a job as music critic for the periodical La voz de Asturias in Oviedo. In 1951 he traveled to Madrid to take a course at the Official School of Journalism. But with the extreme propaganda of the time, he decided to abandon journalism and entered a into government service in the Ministry of Public Works, first in Seville and later in Madrid, a job he was to retain until the early 1970s. 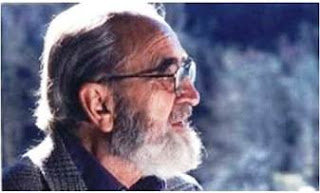 In 1956 he published Aspero mundo, which contained poems mostly written before his move to Madrid. It was nominated for one of the major literary prizes (the Adonáis Prize), and the response to the book further encouraged him to continue writing. A trip to France, Italy, Scandinavia, West Germany, and Czechoslovakia in 1957, further provided González with new sources and literary contacts. In 1961 he published his second book, Sin esperanza, con convencimiento (Without Hope, but with Conviction). His third volume, even more social in its message, was Grado elemental (Elementary Grade) (1962), a book which assured González's place as one of the major figures of the "Generation of 1950."

Before I Could Call Myself Ángel González

Before I could call myself Ángel González,

before the earth could support the weight of my body,

and a great space were necessary:

men from all the seas and all the lands,

fertile wombs of women, and bodies

into another new body.

with their changing lights, and variegated skies,

the millenary trip of my flesh

as it climbed over centuries and bones.

Of its slow and painful journey,

of its escape to the end, surviving

to the last sigh of the dead,

I am only the result, the fruit,

what's left, rotting, among the remains;

what you see here,

its ruin, fighting against wind,

of all failures. The insane

─Translated from the Spanish by Steven Ford Brown and Gutierrez Revuelta

Dogs Against the Moon

Dogs against the moon, very far away,

the restlessness of the murmuring

you can't hold, closed in

against your arms and legs,

rises gently to your head,

and falls through your loosened hair.

It's night and the dream: don't be uneasy.

I'm afraid of the moon

in the waters of the river,

that scratches with its branches

the belly of the rain,

that howl in the tunnel of night

makes a gesture and smiles

only so suddenly disappear.

of the cruel retreat of things

rushing in headlong flight toward

my heart goes under in the shipwreck

of the fate of the world that surrounds it.

Where does the wind go, that light,

of the unexpected red poppy,

the singing of the gray

sea gulls of the ports?

And what army is it that takes me

wrapped up in its defeat and its flight

─I, a prisoner, a wary hostage,

without name or number, handcuffed

among squads of fugitive cries─

toward the shadows where the lights go,

toward the silence where my voice dies.

─Translated from the Spanish by Steven Ford Brown and Gutierrez Revuelta

Yesterday was Wednesday all morning.

By afternoon it changed:

and there was a distinct

panic of movement toward

that take the swimmers down to the river.

At about seven a small plane slowly

crossed the sky, but not even the children

someone went outdoors wearing a hat,

yesterday, and the whole day

are constantly walking through the streets

or happily indoors snacking on

bread and coffee with cream: what

and no one could

so different in lights and aroma!

For that very same reason,

because everything is just as I told you,

let me tell you

about yesterday, once more

about yesterday: the incomparable

day that no one will ever

see again upon the earth.

But the future is different

from that destiny seen from afar,

brushed by the long arm of desire,

of hope and deception, dark

of illusion and tears

and the heart awaits

But, I think, the future is also another thing:

a verb tense in motion, in action, in combat,

a searching movement toward life,

keel of the ship that strikes the water

and struggles to open between the waves

the exact breach the rudder commands.

I'm on this line, in this deep

trajectory of agony and battle,

trapped in a tunnel or trench

that with my hands I open, close, or leave,

obeying the heart that orders

Future of mine...! Distant heart

that dictated it yesterday:

Today is the result of your blood,

pain that I recognize, light that I admit,

suffering that I assume,

love that I intend.

But still, nothing is definitive.

Tomorrow I have decided to go ahead

tomorrow I will love you, morning

tomorrow will not be exactly as God wishes.

Tomorrow, gray or luminous, or cold,

that hands shape in the wind,

that fists draw in the air.

Words Taken from a Painting by José Hernández

sifts through the sleeping trees.)

spits its gizzard against the sky.

the slopes into the ravines.

the rooster's insistent song warns you.

(Vultures high on the rocks

A rooster lays a stream of fire

across the white border of night.

Nothing else could happen: shouts, threats.

It's just been announced the truce has ended.

2.─End of the last act

It is the grand finale

the opera is finished

part of the platform

explodes against the wall

from the last singer

hangs for a moment

that reaches into everything

with its flexible forelegs

through the divided cupola

from the sky's most frightenting obscurity

into another more amplified nothingness

where it disappears forever.

An unforseen sadness breaks away from the roof

the costumes, the marble, the flowers, foreheads, shadows.

to their true self.

can't recognize what they seek.

The emptiness (that was stone

((stone that was flesh (((flesh

explodes into a thousand pieces of emptiness

that strikes the already impassive faces.

wander through the deserted lobby

─Yesterday still lacks so much.

But the cold follows.

that the implacable breeze suddenly releases.

"Before I Could Call Myself Ángel González," "Dogs Against the Moon," "Astonishing World," "Yesterday," "The Future," and "Words Taken from a Painting by José Hernádez"


Posted by Douglas Messerli at 11:15 AM No comments: 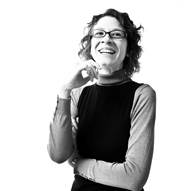 Santa received a creative fellowship from the Madrid Arts Foundation for Studens in 2002-2004.


Santana has also translated works by Karl Kraus, Ernst Jandl and Peter Handke.
She is also associated with the experimental literary publishing group, El águila ediciones, which focuses on alternative media poetry, and is Lecturer of Philosophy at the University of Zaragoza

The theme is indeed intractable.

It just ruptured our argumental
fabric, leaving an open
space for what might come.

Posted by Douglas Messerli at 8:58 AM No comments:

Herta Kräftner (Austria)
1928-1951
Herta Kräftner was born in Rosenau, in Sonntagberg in 1928, living in Mattersburg until the death of her radical socialist father, killed by the occupying Russians in 1945.
Kräftner then moved to Vienna, studying German and English literature at the university. Soon after, she fell in love with man she described as her young “Anatol”--a reference to the character by writer Arthur Schnitzler--which ended badly. 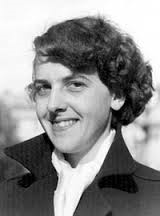 Kräftner, soon after, began a relationship with neurologist Vickor E. Frankl, whose lectures she attended, and who introduced her to the literary circle around Hans Weigel at Café Raimund, which resulted in friendships and communication with major figures such as René Altmann, H.C. Artmann, Gerhard Fritsch, Friederike Mayröcker, and Andreas Okopenko, and she began publishing poetry.
In 1950 she completed her thesis (on surrealism in the works of Franz Kafka) and found herself in the position of being one of the most impressive young Viennese writers, with new poems in Neue Wege and radio readings on Radio Wien and in Salzburg.
Yet Kräftner began to experience increasing depression, and in November of 1951, committed suicide by drinking Veronal. She was only 23 years of age.
Her poetry appeared also in Die Zeil and in Okopenko’s anthology Publikationen Einer Wiener Gruppe Junger Autoren, but her work remained unpublished in book form until 1963, when her poems and memorable diary were published as Das Werk, edited by Okopenko and Otto Breicha. The book was reprinted in 1977, and another collection, Das blaue Licht (blue light), also edited by Breicha and Okopenko, was published in 1981. Another work Kühle Sterne was published in 2001.
In 2001 the Vienna street Floridsdort was renamed Herta-Kräftner Alley.

In a withered banana peel
there was still a rotting piece of the fruit
and the small of a warm and distant bay.

The sky turned as yellow as cheap paper.
The dust-covered lane yawned and died.
She kept on writing the letter “i"
crookedly with an unsteady hand
in a brown and lialc autumn crocus land
A water-colored moon was like a spot on cheap paper.

Once, at midday, the hangman’s wife stopped eating.
Her husband was eating a young hen.
She watched him…and didn’t know why
she was reminded of her wedding day,
and of the myrtle, and that someone had sung.
It had been a white hen,
so tender and white and warm
and very patient under the knife.
Now her husband was eating it, and a drop of fat
ran over his manicured white fingers.

Her screams were like the condemned
when they caught sight of her husband
according to his descriptions.
She screamed and pushed her plate away
and ran out through the small front garden
and through the streets of the city,
through the field of poppies
and the field of wheat
and the field with green clover.
For a long time they searched,
but they never found her.