Born April 15, 1931, Tomas Tranströmer attended secondary school at Stockholm's Södra Latin School, graduating from Stockholm University as a psychologist in 1956.
He began writing poetry at the age of thirteen, publishing his first collection of poems, 17 dikter (Seventeen Poems) in 1954. This work was followed four years later with Hemligheter på vägen (Secrets on the Way), which began a poetic career spanning six decades, and culminating in Őstersjöar (Baltics, 1974) and Sorgengondolen (The Sorrow Gondola of 1996). In 1993 he published an autobiography titled Minnena ser mig (The Memories Are Watching Me). 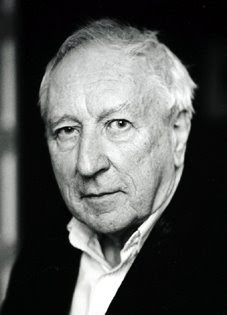 Influenced by Expressionist and Surrealist poetics, Tranströmer's work has been criticized for not dealing directing with political issues. But his concerns are the mythic and imaginative aspects of human life, influenced, in part, by his role as a psychologist and his work with juveniles in prisons.
In 1990 he suffered a stroke which affected his speech, but did not diminish his writing ability, and he has been a candidate for the Nobel Prize for Literature several times. As one of Sweden's most notable poets, he has received numerous awards, including the Bonnier Award for Poetry, the Neustadt International Prize for Literature, the Oevalids Price, the Petrach Prize (Germany) and the Swedish Award from International Poetry Forum. In 2007 he received the distinguished Canadian award The Griffin Prize.
Many of his works have been translated into English, most notably, The Great Enigma: New Collected Poems, translated by Robin Fulton by New Directions in 2006 and The Sorrow Gondola, translated by Michael McGriff and Mikaela Grassl by Green Integer in 2010 in a bilingual edition.
In 2011 the poet was awarded the Nobel Prize for Literature.Tranströmer died of a major heart attack on April 26, 2015, at the age of 83.


Selections from The Sorrow Gondola
A Page from the Nightbook

One night in May I stepped ashore
through a cool moonlight
where the grass and flowers were grey
but smelled green.

I drifted the hillside
in the colorblind night
while white stones
signaled to the moon.

In a period
a few minutes long
and fifty-eight years wide.

And behind me
beyond the lad-shimmering water
lay the other shore
and those who ruled.

People with a future
instead of faces.—Translated from the Swedish by Michael McGriff

Two old men, a father-in-law and a son-in-law—Liszt and Wagner—live
[near Canale Grand
along with the restless woman who married King Midas
the man who turns everything he touches into Wagner.
The green chill of the sea rises through the palace floor.
Wagner is marked, the familiar Mr. Punch profile grown weary
the face a white flag.
The gondola is overloaded with their lives, two round-trips and one-way.

A palace window flies open and those inside grimace at the sudden draft.
The garbage gondola appears on the water, paddled by two one-oared bandits.
Liszt has composed a few chords so heavy they should be rushed
to Padua's mineralogical institute for analysis.
Meteors!
Too heavy to rest, they sink and sink through the future all the way down
to an era of Brownshirts.
The gondola is overloaded with the crouching stones of the future.

March 25th. Anxiety over Lithuania.
In the dream I visited a large hospital.
No staff. Everyone was a patient.

In the same dream a newborn girl
spoke entire sentences.

Next to his son-in-law, who's a man of the times, Liszt is moth-eaten, a grandseigneur.
It's a disguise.
The deep, which tries on and discards its various masks, has chosen this mask for him—
the deep that wants to climb into a man without showing its face.

Abbé Liszt is used to hauling his suitcase through the snow and the sun alone
and when his death arrives no one will meet him at the station.
The scent of fine cognac carries him off during the middle of a commission.
He is always commissioned.
Two thousand letters a year!
The schoolboy who copies the same misspelled word a hundred times before
[he's sent home.
The gondola is overloaded with life, it is simple and black.

In the dream I drove over a hundred miles for nothing.
Then everything grew and grew. Sparrows the size of hens
sang me into deafness.

In the dream I drew piano keys
on the kitchen table. I played them, without a sound.
The neighbors came in to listen.

The keyboard that's remained silent through the whole of Parsifal
[(but has been listening) finally gets to speak.
Sigh...sospiri...
Tonight while Liszt plays he holds the sea-pedal down
and a green force rises through the floor and merges with every stone
[in the building.
Good night, beautiful deep!
The gondola is overloaded with life, it is simple and black.

In the dream it was the first day of school and I showed up late.
Everyone in the room wore a white mask.
Impossible to know which was the teacher.


___
Author's note: During the late 1882 and early 1883, Liszt visited his daughter in Corsica and her husband Richard Wagner. During this time, Liszt composed two piano pieces that he later published under the titles La lugubre gondola I and II. Wagner died shortly after the visit.

—Translated from the Swedish by Michael McGriff and Mikaela Grassl

November in the Former DDR

The almighty Cyclops's eye disappeared in clouds
and the grass shook itself in the coal dust.

Black-and-blue from last night's dreams
we board the train
that stops at every station
and lays an egg.

Nearly silent.
the clang of church bells' buckets
fetching water.
and someone's relentless cough
scolding everything and everyone.

How my eyes ache!
They've been reading by the half-light of the glowworms' lamps.

November offers candies made of granite.
unpredictable!
Like world history
laughing at the wrong place.

But we hear the clang
of the church bell's buckets as they gather water
every Wednesday
—is it Wednesday?—
so much for our Sundays!

— Translated from the Swedish by Michael McGriff and Mikaelal Grassl

Essay "Rowing Up Through the Silence" (on Tomas Tranströmer, winning the Nobel Prize, and my publication of his work) by Douglas Messerli

rowing up through the silence
by douglas messerli

Although I’ve never met Tomas Tranströmer nor his wife Monika “in the flesh,” my life seems oddly intertwined with theirs.

For years I had heard in the poetry circuit and through my Swedish friends about how remarkable Tomas Tranströmer’s work was. However, when I read the available translations of the day by May Swensen and Robert Bly, who helped to popularize his work in the US, I was unimpressed. The work seemed to be fairly conservative and the syntax not that highly interesting, so that I determined either he was not a very good poet or that these poems were badly translated. Certainly his work did not seem as exciting to me as Gunnar Eckelöf and others.
When I was teaching at the University of Maryland while in Graduate School, one of my best students, Jim Wine, now a long-time friend, took a couple of my courses, including a course I was teaching for the German department on Scandinavian fiction and another on Avant-Garde American Fiction. One day, he stopped by my office to talk to me. He was in quandary. His girlfriend, whom he declared he loved, was being sent back to Sweden, her Green Card having expired. Even with the help of his ex-ambassador father, they could not convince the authorities to let her stay. What was he to do? If he stayed in school to finish his degree, he might possibly lose her forever, but if he did follow her to Sweden, he might be unable to finish his education.
It was a kind of catch-22 I felt. Neither choice seemed acceptable. Although I’d never met Eva, I felt sure of Jim’s love for her, and I admired his intelligence. How was I to advise him, however, on such a personal matter?
“Well,” I pondered aloud, “you can always finish your education, but you might never again find a woman whom you love as much as her.” He followed my advice and moved, temporarily, to Sweden. By accident, her family home was next door to the summer home of the Tranströmer’s, and before long Eva and Jim had become good friends with Tomas and Monica.
I suggested that Jim tell Tomas about the predicament of his work in the US. Although he was receiving attention for his poetry, it was apparently the “wrong kind” of attention, allaying him with the conservative visions of Bly’s “Deep Image,” instead of the more radical imagism that seemed to be in the work itself, writing closer to Jerome Rothenberg's and Robert Kelly's original, more radical notion of "deep image."
Time passed, and eventually New Directions published his entire oeuvre, quite nicely translated by Robin Fulton. Now I could read the work more sympathetically at least.
Also by coincidence, Tomas and Monica had befriended a young American translator Michael McGriff and his wife Mikaela Grassl, and gave him permission to translate a single-volume edition of Sorgengondolen (The Sorrow Gondola), a title that resolves the adjectivally based "Sad Gondola" of Fulton's translation. McGriff sent the translation to me at Green Integer, which I readily accepted, and in 2010 published.
A few short months later, Tranströmer, after years of expectation, was awarded the Nobel Prize, the Green Integer book being the most current translation. We had originally published 1,000 copies, and now immediately printed 5,000 more copies, the new edition touting the news of the Nobel Prize.
When I look back, accordingly, on my long resistance and ultimate appreciation of his work, it now appears that our relationship, as vague as it remains, seemed to be something fated.


Presented as a lunch-time talk at a gathering of Comparative Literature students and professors at Pennsylvania State University on April 2, 2012.
Posted by Douglas Messerli at 11:52 AM 1 comment: 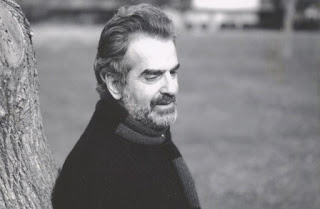 http://www.poetryfoundation.org/article/250296
Posted by Douglas Messerli at 2:09 PM No comments:

An American, mimeographed poetry newsletter, The Floating Bear, was edited in New York City by Diane di Prima and LeRoi Jones (later, Amiri Baraka) from 1961-1971. The final issues, after number 25, were edited by di Prima alone from Topanga, California.
The newsletter was mailed out to a private list every month, filled with poetry, commentary and other poetic information on numerous figures of several perspectives of U.S. poetry, including poets associated with the Black Mountain aesthetic (Charles Olson, Ed Dorn, Robert Creeley, John Wieners, and others), with the New York School (Frank O’Hara, etc.), the Beats (Allen Ginsberg, Michael McClure, and Jones’ own work), and numerous others, including Diane Levertov, Philip Whalen, William S. Burroughs, and Jack Spicer. 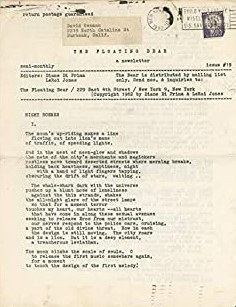 The newsletter, not for sale, survived by donations. And individuals on the mailing list often thought of themselves as a kind of creative community.
37 issues of The Floating Bear were published, the last issue describing itself as “The Intrepid-Bear Issue.”
For issue no. 9, containing his homoerotic play Dante’s System of Hell, Jones was arrested by the police.

Posted by Douglas Messerli at 1:53 PM No comments:

"Save Our Stanzas--Selecting Amiri Baraka" | review/commentary by A. L. Nielsen [link]

For a review-commentary "Save Our Stanzas--Selecting Amiri Baraka" by A. L. Nielsen, go here: 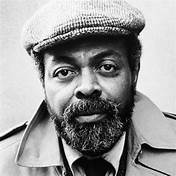 http://heatstrings.blogspot.com/2015/02/save-our-stanzas-selecting-amiri-baraka.html
Posted by Douglas Messerli at 8:26 AM No comments: 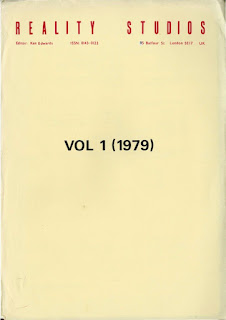 Posted by Douglas Messerli at 3:10 PM No comments: