Rochelle Owens (USA)
1936
Rochelle Owens was born in Brooklyn, New York on April 2, 1936, the daughter of Maxwell and Molly (Adler) Bass. As a native New Yorker, Owens studied at the New School for Social Research (now The New School) before attending the University of Montreal.
After a brief marriage to David Owens, she married poet George Economou on June 17, 1962.
Her first work of poetry, Not Be Essence That Cannot Be was published by Trobar in 1961; over the next few years, Owens would devote more of her time to drama, writing several plays that helped to establish her as a pioneer in the experimental Off-Broadway Theater. In 1965, her The String Game was performed at Judson Poet’s Theatre (published by Methuen in 1969), and the same year, the Tyrone Guthrie Workshop Theatre in Minneapolis and Café La Mama Theatre in New York presented what came to be her best known work, Futz. Since its premiere, that play has become an underground classic of the American avant-garde and an international success. Toronto banned it, an Edinburgh paper dubbed it "lust and bestiality play," but New Yorkers queued around the block when it was first produced in the sixties. In 1969, it was made into a film, which has attained a cult following. 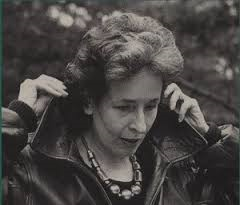 Numerous other plays followed, including Homo (1966), Beclch (1968), He Wants Shih (1971), Farmer’s Almanac (1971), The Karl Marx Play (1973), Emma Instigated Me (1976), Who Do You Want, Peire Vidal? (1982); Chucky’s Hunch (1981), along with several others.
Meanwhile, she continued to publish poetry, several of her early books attaining notable attention, including Salt and Core, I Am the Babe of Joseph Stalin’s Daughter: Poems 1961-71, Poems from Joe’s Garage, The Joe Eight-Two Creation Poems, The Joe Chronicles II, Constructs, W. C. Fields in French Light, and How Much Paint Does the Painting Need. More recent works include Black Chalk, Rubbed Stones and Other Poems, New and Selected Poems, Luca, Discourse On Life And Death, and Out of Ur: New & Selected Poems 1961-2012.
Her work has also appeared in a wide of range of anthologies of drama and poetry. She has also written a fiction, Journey to Purity (2009).
Owens has won many awards, grants, and honors, including Village Voice Obie Awards (in 1965, 1967, 1982), a Guggenheim Fellowship, a grant from The National Endowment for the Arts, a Rockefeller Fellowship at Bellagio, and an ASCAP Award.
Owens has taught at Brown University, the University of California-San Diego, the University of Oklahoma, and the University of Southwestern Louisiana (now the University of Louisiana at Lafayette).
She currently lives in Philadelphia and Wellfleet, Massachusetts.

To hear Owens reading from her own work in several recordings, go here: