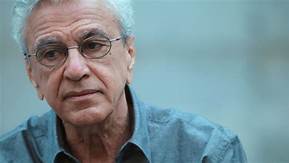 Posted by Douglas Messerli at 7:52 AM No comments:

For a new selection of poems by Brazilian poet Régis Bonvicino, go here: 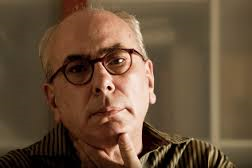 http://sibila.com.br/english/poems-from-critical-condition-2013/9949
Posted by Douglas Messerli at 6:54 AM No comments:

MTC Cronin | Poems, from The Law of Poetry [link]

Poems from The Law of Poetry by Australian poet MTC Cronin, below:
http://www.greeninteger.com/green_integer_review/issue_8/MTC-Cronin.cfm 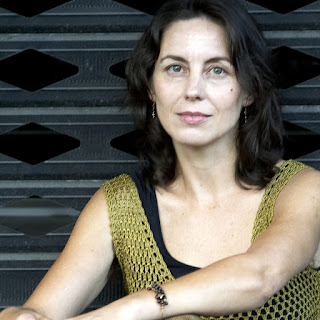 Posted by Douglas Messerli at 3:24 PM No comments: 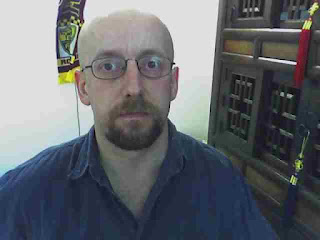 Posted by Douglas Messerli at 2:53 PM No comments:

A complete run of the magazine is available from Eclipse, here:
http://eclipsearchive.org/projects/DIFFICULTIES/difficulties.html
Posted by Douglas Messerli at 2:26 PM No comments:


Born in Cleveland, Ohio on March 7, 1945, John Wellman (who goes by his nickname of "Mac") received his degree from the University of Wisconsin in 1968. Wellman began writing poetry and drama in the 1970s, including the poetry collection In Praise of Secrecy (1977) and the short dramatic book, Opera Brevis the same year. A play “Starluster” appeared in print in 1980, and another, "Harm's Way," was published in 1984. (For an essay by Marjorie Perloff on "Harm's Way," click on the drama title.) 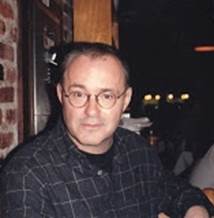 Sun & Moon Press published his play The Professional Frenchman in 1985 in Wellman’s important drama anthology, Theatre of Wonders. Other plays of the period included “Energumen,” “Bodacious Flapdoodle,” “The Bad Infinity,” “Cellophane,” and “Whirligig.” His second collection of poetry, Satires, appeared in 1985.
In the 1990s Wellman developed into a major literary force in drama, creating a theater that eventually became associated with the “Language” poets, utterly transforming the alternative American stage. Among his numerous plays of the decade were “Crowbar,” “7 Blowjobs,” “Sincerity Forever,” “Three Americanisms,” “Albanian Softshoe,” “Bad Penny,” and the important Crowtet quartet of plays, “A Murder of Crows,” “The Hyacinth Macaw,” “Second-Hand Smoke,” and “The Lesser Magoo”—published in two volumes by Green Integer. (For reviews of these plays by Douglas Messerli, click on the individual play title).
Wellman won Obie awards for “Bad Penny,” “Terminal Hip,” “Crowbar,” and “Sincerity Forever.” Another Obie was awarded to him for “Lifetime Achievement.” Most of his plays also are centered upon language and might be described as poetic-like works.
In 1998 Wellman co-edited (with Douglas Messerli) the landmark drama anthology, From the Other Side of the Century II: A New American Drama 1960-1995, a 2000-page book containing 38 plays by major American dramatists of the period.
In 1990 Sun & Moon Press published his collection of poetry, A Shelf in Woop’s Clothing, followed by his first volume of fiction, The Fortuneteller in 1991. In 1996 Sun & Moon also published his fiction, Annie Salem.
In the years since, Wellman has continued to produce new plays and opera librettos, including “Antigone,” “Cat’s Paw,” “The Difficulty of Crossing a Field,” “Dracula,” “Swoop,” 3 2’s; or AFAR,” “Left Glove,” and numerous other dramatic works, many of which have appeared in anthologies and published collections.
His fiction, Q’s Q: An Arboreal Narrative was published by Green Integer in 2006, and a collection of stories, A Chronicle of the Madness of Small Fields appeared from Trip Street Press in 2008. A fiction, Linda Perdido appeared from Fiction Collective2 in 2013.
New books of poetry included Miniature in 2002, Strange Elegies in 2005, and Split the Stick: A Miniaturist-Divan in 2012.
Wellman has been awarded numerous grants, including awards from the McKnight and Rockefeller Foundations, and fellowships from the National Endowment for the Arts and the Guggenheim Foundation. He is Distinguished Professor of Play Writing at Brooklyn College, and has had a major impact on a wide of range of contemporary play writers.

Posted by Douglas Messerli at 2:53 PM No comments: