Herberto Padilla was born in Puerta de Golpe in the province of Pinar del Río, Cuba, on January 20, 1932.

He attended elementary and secondary education in his native province, but then moved to Havana to study law. He did not finish his law degree. From 1949 to 1952 and from 1956 t0o 1959, Padilla lived in the United States, returning to Cuba after the 1959 revolution, where he published his first collection of poetry, El justo tiemp humano (The Fair Human Time). 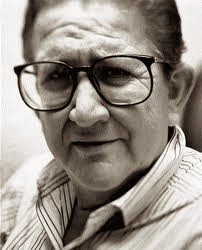 For the next several years he traveled throughout Europe, representing Cuba’s Ministry of Commerce and working as a correspondent for Cuban publications.

The Cuban Writers’ Union awarded his 1968 collection of poems, Fuera del juego (Sent Off the Field, 1972) for that year’s poetry prize. In that book Padilla had already become disenchanted with the Castro regime, writing the lines: "The poet! Kick him out!/ He has no business here./ He doesn't play the game./ He never gets excited/ Or speaks out clearly./ He never even sees the miracles ..." Understandably the collection and award resulted in a great deal of controversy throughout Cuba. The book was republished with an appendix criticizing it as “counter-revolutionary,” and soon after Padilla was placed under house arrest. In 1971 he was interrogated by the security police, and forced to make a public confession before the Writers’ Union. His wife, Belkis Cuza Malé was similarly charged, and the case quickly moved to the international level, with major writers throughout the world coming to his support, among them French novelist and dramatist Jean-Paul Sartre and Peruvian Nobel Prize winner, Mario Vargas Llosa.

Padilla was not allowed to leave Cuba until 1980, when Senator Edward Kennedy secured Padilla’s release to to the US. He traveled to New York, Washington, D.C., and Madrid, before settling in Princeton, New Jersey. He died at age 68 while teaching at Auburn University in Alabama.

Padilla wrote several books of poetry as well as fiction (such as El buscavidas, 1963 and En mi jardín pastan los heroes) as well as autobiographical and essayistic writings.

I promised you many love poems

You were sitting next to me

and it is impossible to write about what is just there.

What one has is always poetry.

But a few clear things

have begun to bring us together--

we have shared the same solitude

without knowing anything of each other,

trying, each in place,

to remember the looks on our faces,

which all of a sudden join those

I promised you many love poems

You were sitting next to me

we thought we had lost, erased

from our early years.

I remember the knocks on the door

and your frightened voice,

and you, my eyes still filled with sleep.

For a long time

you used to ask me just what History was.

I never dared give you a real answer.

-Translated from the Spanish by Alastair Reid and Alexander Coleman

Posted by Douglas Messerli at 7:48 AM No comments:

Green Integer On Net is proud to announce its new series of book publications on line, a series that will include free and reasonably priced books of poetry and poetics, new and older, from around the world.

In conjunction with our educational efforts, these books will be offered free or for reasonable prices for our visitors: students, scholars, and readers of modern and contemporary poetry. Please note that any money we receive for books will go toward the maintenance of our site and for royalty payments for authors and translators. I do not receive a salary for my ongoing and quite endless activities.

Adonis If Only the Sea Could Sleep $5.00 (PDF availalble to dowload through Paypal)

Jose Donoso Hell Has No Limits  $5.00 (PDF available to download through Paypal)

Sigmund Freud and Wilhelm Jensen Gradiva and Dream and Delusion in Jensen's Gradiva
$5.00 (available to download through Paypal)

Alfredo Giuliani I Novissimi: Poetry for the Sixties  $10.00 (PDF available to
download through Paypal)

Julien Gracq The Peninsula $5.00 (PDF available to download through
Paypal)

Marianne Hauser Me and My Mom $5.00 (PDF available to download through Paypal)

Harry Martinson Leaves from a Tuft of Grass $5.00 (PDF availabe to download through Paypal)

Jules Michelet The Sea $5.00 (PDF available to download through Paypal)

Martin Nakell The Library of Thomas Rivka $5.00 (PDF available to download through Paypal)

Severo Sarduy From Cuba with a Song  $5.00 (PDF available to download through Paypal)

Xue Di Across Borders $5.00 (PDF available to download through Paypal)

To read four new poems in English by Bei Dao, connect below:
http://poemsandpoetics.blogspot.com/2009/10/bei-dao-four-poems-newly-translated.html 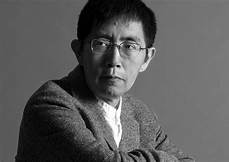 Posted by Douglas Messerli at 1:54 PM No comments: