Lyn Hejinian (USA)
1941
Poet Lyn Hejinian, a fifth generation Californian, was born on May 17, 1941 at a Naval Hospital in Alameda, California. Her father, Chaffee Earl Hall Jr., at the time was a high school teacher and aspiring novelist. Her mother, Carolyn Erskine Hall, had grown up on Kodiak Island, Alaska and was an aspiring violinist. 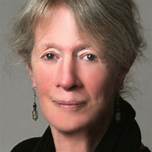 Hejinian was six months old at the time of the Pearl Harbor attack that launched the US into World War II. Her father left for the Pacific as a junior naval officer sometime after her first birthday. He returned safely and the family established a home in Berkeley. Lyn has a younger brother, Doug Hall (a visual artist), and a sister, Ree Katrak.
Lyn attended John Muir Grammar School in Berkeley and Willard Junior High school, as well as Anna Head School. Her father worked at UC Berkeley as an administrator and then at Harvard University; the family moved to Massachusetts in the mid-1950s. Between 1955-59, Lyn attended Concord Academy.
From 1959-1963, Hejinian attended Radcliffe, which soon after became part of Harvard. As she describes it, “I was in the first class of “Cliffies” to graduate with a Harvard degree.
In 1961 she married John P. Hejinian, and the couple had two children, Paull in 1964 and Anna in 1966. In 1968 she moved back to California, divorcing her husband in 1972.
Her second husband is composer/musician Larry Ochs, who heads the jazz ensemble Rova Saxophone Quartet.
From 1976 to 1984 Hejinian edited the small publishing house, Tuumba, and in 1981 began editing Poetics Journal with Barrett Watten. She currently co-edits Atelos, which publishes cross-genre collaborations between poets and other artists.
Traveling several times to the Soviet Union with her husband and the quartet, she encountered the then-Leningrad poet, Arkadii Dragomoschenko, translating, with Elena Balashova, two of his collections, Description (1990) and Xenia (1994), both published by Sun and Moon Press.
She began publishing her poetry in the 1960s in literary journals. Burning Deck Press brought out her memorable poetical work My Life in 1980. In 1987, Sun and Moon published a revised and expanded edition that went through several reprintings before being again reprinted by Green Integer in 2002. Although some critics have described this work as autobiographical, Hejinian herself writes of it: “I don't want my own life to be deemed exemplar—or I don't want anyone to think that I regard my own "singular, particular, individual life" to be more special or more "singular, particular, individual" than any other life. The genre of "a life" was a convention I wanted to animate linguistically—to imagine a ‘life’ as language-based.”
Other major books include Oxota: A Short Russian Novel (1991), The Cell (1992), The Cold of Poetry (1994), A Border Comedy (2001), and another reprinting of My Life along with My Life in the Nineties by Wesleyan University Press in 2013. Her work generally has been associated with “Language” poetry, and more specifically with the San Francisco writers of that group, with whom she has participated in several literary collaborations.
The poet currently teaches in the English Department at the University of California, Berkeley and has lectured widely in the US and Europe. In 2000 she published a critical book, The Language on Inquiry.

Many parts of experience displace
each other in a person’s
life—and still it manages
to light the pilot light
A person’s father thus feeling
pleased with himself at the
restaurant suggests a person eat
steak
That’s another life
It happens when I housekeep
Terror of drain—but curiosity
too—necessitating a telescope and
dark
The back aches at its
contrite hump
Scaling the fish, bent
Women of my mother’s generation
having their hair done, submitting
as to medication
The poem is the becoming
exhibition of its own language
It comes only in part
in parts
Because of what women like
In metonym

Posted by Douglas Messerli at 3:46 PM