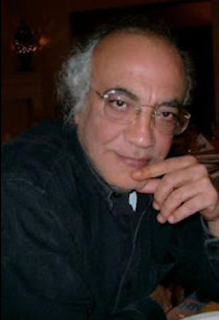 In 1964 Nissabouri and Mohammed Khair-eddine published a major manifesto arguing for the rethinking and modernization of Moroccan poetry. He was one of the founders of the review Souffles, and also edited Integral. He is also a member of the House of Poetry in Morocco.
His collections of poetry include La mille et deuxième nuit, Approche du désertique (Casablanca and Neuilly: Editions Al Manar, 1999). translated into English in 2001, and the chapbook Aube.

Posted by Douglas Messerli at 4:33 AM