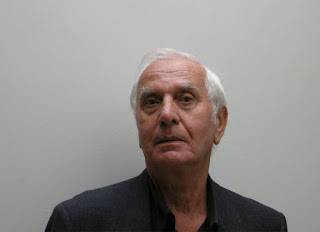 
Born in Marseille on April 25, 1931, Henri Deluy published his first collection of poetry at the age of 17, and since then has dedicated his life to poetry, founding the important poetry journal Action Poétique in 1955. The journal has currently published over 200 issues.
Reportedly, Deuly began writing poetry after sending off a few poems as age 13 to his fellow Aix-en-Provence poet Blaise Cendrars. Cendrars made a few grammatical corrections and returned them, enough to encourage the young boy to continue writing.
Until 2005, Deluy also headed the poetry festival, Biennale Internationale des Poètes en Val-de-Marne.
Deluy has edited numerous anthologies and translated work from several languages into French, including works by Mayakovsky, Siefert, and Pessoa.
His 1994 collection of poetry, L'Amour charnel, was translated by Guy Bennett into English as Carnal Love and published by Sun & Moon Press.
Deluy is also renowned as an excellent cook.
He died in 2021.


To say: I liked the green stem of the plants; to say:
I liked the colorful tigers, the illustrated
Chronologies, the inaccessible relaities, the invisible
Structures of emotion, and, also, sudden sadness,
A bit abrupt, which subdued the charm of the narrative which,
However, came from the writing


What I said. - I did not say it all.
The word that I didn't say, you didn't want
Me to say it. - The word of the night.
It became even more remote;
With the fragrance of the body that evoked it.
And, nearby, what remained
Red in the blue of the sky.


Then falling back,
You said: no more politics.


Something which allowed the discovery
Of little truths. - The tiny undulations
of the sea, and threads, hanging
Into water. - You were alone, to contemplate
The softness, and this thin line, hardly
Moving. - Without a shadow.


It was a smile without conviction, almost
Reluctant. - To accept it, as such.
In the foggy night. With a cold wind.
Then, to leave the spot. To find yourself again
In the middle of the street.