To hear a video of Adonis reading his poetry at the 92nd Street YMCA, New York, click below:
http://www.youtube.com/watch?v=WQgKKviQZ-Y&feature=player_embedded 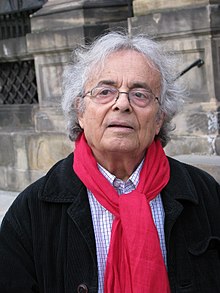 Posted by Douglas Messerli at 8:37 AM No comments:

Setting the Record Straight
by Charles Bernstein and others

With the recent rise of articles and journalistic commentary falsely accusing Stein of collaboration with the Vichy government and, even worse, admiration of Hitler, Charles Bernstein has assembled a series of well-written commentaries and essays about the complex issues surrounding Stein's war-time residence in France. For any admirer of Stein, these pieces, which help to contextualize Stein's and Toklas' war-time experiences, is a must read.
Berstein begins is "dossier" as follows. I have attached a link to the entire series of essays.
Over the past several years, Gertrude Stein’s war time record has been subjected to a stream of misinterpretations, distortions, and disinformation in the mainstream press. Most of these articles are written by authors who are hostile to Stein's literary works and who admit to their inability (and unwillingness) to read her work, including the works by Stein that directly address the issue at hand. In this Stein dossier, key documents are provided that refute the sensational tabloid accounts of Stein's activities, views, and affiliations during the war years, when she and Alice B. Toklas lived in Bilignin, France (near Lyon and Geneva). Stein's connection to the Vichy government is complex and these complexities are fully explored in the essays and articles linked here.
https://jacket2.org/commentary/gertrude-steins-war-years-setting-record-straight

Posted by Douglas Messerli at 8:34 AM No comments: