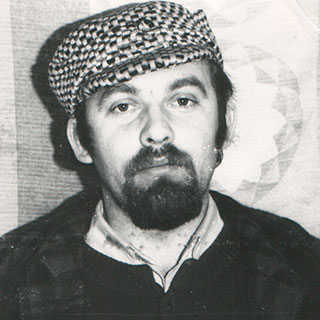 Hrytsko Chubai
In 1971 the group printed and distributed an underground samizdat publication, a literary collection titled Skrynia (The Chest). The second issue was confiscated by the KGB in January 1972, and the group was disbanded and punished, most of the members being dismissed from school, Riabchuk from the Polytechnical Institute, Lysheha (with only one semester left) from L’viv University. Chubai was arrested and eventually released, with the KGB rumoring that he had collaborated. Isolated and alienated by the slander, Chubai died in 1982. Other writers, including Lysheha, went on to become significant Ukraine writers in the post-Soviet generation.