For a review of Joe Ross' Wordlick by Jennifer Dick, click below:
http://jenniferkdick.blogspot.com/2012/01/books-received-for-40s-project-mini.html 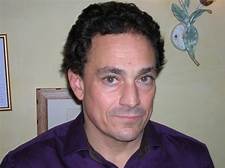 Posted by Douglas Messerli at 4:42 PM No comments: 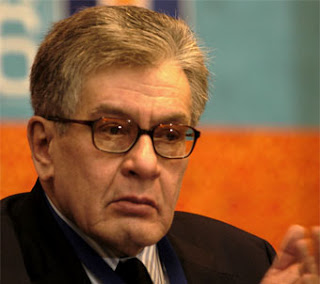 "Introduction to The Salt Companion to Charles Bernstein" : essay by William Allegrezza [link]

For an interesting review of The Salt Companion to Charles Bernstein, click below:
http://poemsandpoetics.blogspot.com/2011/12/william-allegrezza-introduction-to-salt.html 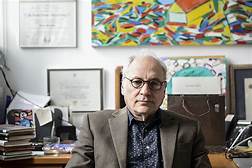 Posted by Douglas Messerli at 9:58 AM No comments:

In 1963 he attended the famed Vancouver Poetry Conference which consisted of three weeks of workshops, readings, and discussions. At that Conference Palmer met and became friends with Robert Duncan, Robert Creeley, and other major figures who would be central to Palmer's writing.
In 1969 Palmer moved to San Francisco, where he continues to live today. He was contributing editor to the magazine Fracture and worked closely with several choreographers, dance companies and visual artists, including Margaret Jenkins. Michaëla Henich, Sandro Chia, Gerhard Richter, Irving Petlin, and Augusta Talbot.
In 1971 he published his first book of poetry, Plan of the City of O; and over the next decade numerous books followed, Blake's Newton, C's Songs, Six Poems, The Circular Gates, Poems, Without Music, Alogon, Transparency of the Mirror, Notes for Echo Lake and First Figure. Since those earlier years Palmer has continued to publish major works in Sun, At Passages, The Lion Bridge, and Promises of Glass.
Palmer's poetry has often been associated with the "Language" poets, a relationship he admits occurred early on with his friendships with the San Francisco "Language" writers. But he admits some hesitations: "My own hesitancy comes when you try to create, let's say, a fixed theoretical matrix and begin to work from an ideology of prohibitions about expressivity and the self—there I depart quite dramatically from a few of the L=A=N=G=U=A=G=E poets."
Palmer's work also shows strong influences from contemporary French writers, and he has translated poets from the French, Russian, and Portuguese—Arthur Rimbaud, Emmanuel Hocquard, and Alexei Parshchikov. Palmer was one of the editors of the Brazilian anthology, first published by Sun & Moon and later reprinted by Green Integer: Nothing the Sun Could Not Explain: 20 Contemporary Brazilian Poets (1997, 2003).
Palmer has also written radio plays, essays, and a short travel journal, The Danish Notebook.
He has received grants from the National Endowment for the Arts, the Wallace Stevens Award from the Academy of American Poets, a Lila Wallace-Reader's Digest Writer's Award, a Guggenheim Foundation fellowship, the American Award for Poetry, and the Shelley Memorial Prize from the Poetry Society of America.


Numerous poems, with Palmer reading, are available from PENNSound at the link below:
http://writing.upenn.edu/pennsound/x/Palmer.php


Can the
two be


be told
apart be


told to
part can


the two
be drawn


the two
be drawn


What of the words reversed,
words meant


which return. What of the
body there.


the body which turns, the
face which


returns the gaze. What of
the backward


book, the hidden book, the
waves of


appear as more than real
reflected there.


First wrote of all water
in each of its motions


Then eddies of air
in the form of bell towers


book of the winged man and the hanged man,
book miter and argonaut, nautilus


double helix of the twin star,
book of the moon as mirror


and words made of mirrors,
book of the body and its memory,


body as the measure and body as a question,
book which explains our shadows,


book of the ram's horn lute and monochord,
the intervals of light along its string,


The measure of the actual body
is the measure


of the imaginary body
The body is encircled—


a circle is drawn—
circle that is impossible


around an actual body
body which tastes of salt


and does not exist
within the perfect circle


it fashions around itself
and whose circumference it touches

Curl of leaf and wave
Curve of the neck and thigh


As much the unseen
as the visible


As much what has disappeared
as what remains


(Reprinted with permission of the author from Sulfur, 1993)


*These poems were part of a collaboration with the Italian painter Sandro Chia and were
first published in a limited edition by Edizioni della Bezuga as Improvvisazioni su Leonardo.


Copyright (c) 1993 by Michael Palmer
Posted by Douglas Messerli at 8:44 AM No comments: