in order to be nothing

Francis Picabia I Am a Beautiful Monster: Poetry, Prose, and Provocation , translated from the French by Marc Lowenthal (Cambridge, Massachusetts: MIT Pres, 2007)

Mention the name Francis Picabia today and what do you find? A man from a particularly redolent time blasted with war and mayhem; or, by his own moniker: a painter, poet, pick pocket, alcoholic, imbecile, comedian, failure, provocateur; a fellow whose hand, whether by brush or pen, gave back, and rarely failed to give back, an irreverence derived from the richest wit: a wit, more than not, rooted in disinterest; the kind we have little feel for today as causes burst over us one at a time.

In these circumstances, how to approach Picabia free of the mannerisms he hated but which fill our cultural ghettoes – all this marketing, buying and selling -- which, in the end, is little more than a defanging mechanism? Well, the question remains. 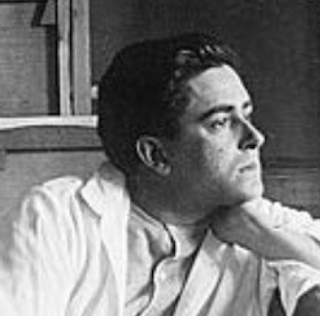 Or is it best to leave that where it lays and talk, talk till talk fills the air, drowning out much else, save how to grasp what’s available and, better yet, how to keep it. Are the horizons you felt or might have felt, glimmering there because they were yours and yours alone, simply passé? And culture, the kind of culture we conflate with sophistication (these films, that art, this music, those dances, and so on; an endless parade paid for the price of a ticket): Is all that so different from when Picabia ignited a nascent Dada with mechanical drawings done to perfect a state of boredom? Or is boredom also passé because there’s too much of it; boredom, that is, not what it reveals?

And is it enough to say that finally we have Picabia in English: the poems, aphorisms, manifestos, letters, screenplays, asides, and all the rest he wrote to sustain a sensibility, as his friend, Andre Breton, put it in 1922: “at the highest rung on the ladder of creation.”

Picabia, without whom Dada never could have evolved as it did, stands alone. He is Picabia; “a desperate case,” as Jean Arp described him, with that scent of umor that burns when you touch it. And what of Appollinaire, so much in Picabia’s debt “for having been the first to wind up the mechanism which set in motion that power of surprise which…dashes all expectation,” as Breton relates. Duchamp played with equal finesse, of course. Aragon and Tzara, before their politics led them astray, sheep to the moral slaughterhouse, also found in Picabia an exceptional presence, with enough trumps to evade consecration. Closer to us there’s Guy Debord, who certainly put Picabia to use. And someone yet unknown who’ll take a cue from the words Picabia left, witness to the world he faced.

in order to be nothing.”

“A man’s mouth is an unconscious sexual organ.”

“A dangerous and enticing wind of nihilism

pursued us with incredible exhilaration.”

Even automatic writing, commonly cited as Breton and Souppault’s triumph in Magnetic Fields, becomes for Picabia a vehement means of avoiding poetic values some time prior. There is little doubt that the surrealist use of automatism is also a response to, and refusal of, its Dada face, which Picabia did so much to mold.

What happens to Picabia as Dada deflates, and he waves good-bye with surrealism in the wings, is another aspect of the man. That he sustains through the cinema, with Hans Richter, in Entr’acte, and all but publicly drops poetry for a decade and more while producing paintings that seduce, then as now, is all the more reason to read him.

Picabia’s first writings find their public in 391, the magazine he publishes in Barcelona, Zurich, New York and Paris, before and through Dada. His initial collection of poems, Fifty-Two Mirrors, appears in 1917; the title derived from Nietzsche, a perennial source till Picabia dies in 1953. Effervescence, eroticism, cubism and attack collide here with exuberance. In the poem, “Smile,” he tells us this:

“to try to reflect

On my indecent gibberish

Is not a monk’s duty

And in “Feet” there’s a glimpse of what’s to come:

And the smell of broken glass

Near the table the obese pipe

Poems and Drawings of a Daughter Born without a Mother follows in 1918; the title referring to a machine drawing of Picabia’s three years earlier. Several events interweave here: an affair with Germaine Everling, his recovery from opium addiction, a neurasthenic crisis, WWI, and fascination with sexual scandal. Perhaps the translator, Marc Lowenthal, is correct in assuming that the meta-metaphor, in mechanico-sexual terms, is an “Immaculate Copulation” – the woman who can copulate without conceiving, and does so to repletion. Wherever such reflections may lead, this is poetry on the cusp of revelation -- an irreducible distillate of present life. The machine drawings that accompany the poems also carry a similar sense: Current Views in Love Machine, Dragonfly, Hermaphroditism, Impatience Art, Pointless Machines, Narcotic.

From Picabia’s next book, The Mortician’s Athlete (November 1918), composed of poems joined together into five Cantos, the stage unfolds, contorts, spurts wings and wild weeds, as he writes:

reality of the guide hungry for horror.”

“in one of my invisible

“The eyes of sleepwalkers

Other books and poems in Dada magazines foliate. “American Spit,” (in Dada No. 3, Zurich), whispers that the “The mechanical domino stomach of fog potbellies/gossips at a dust run…”

Purring Poetry, at 843 lines, also from 1918, combusts a vertiginous meander through patinas of excusable boredom and daring insouciance, styled with fables of sexual conquest. In the end, it makes mince meat of the poem as a fulcrum for subjective transmutation and raises another, “Isotropic” possibility: A poem without beginning or end, which presents equal to any angle of reading, and for which signification, by losing its habitual logic, gains an irrepressible farcical liberty, there at the edge of the world.

Between 1919-1921 Dada launches against the cultural bulwarks and Thoughts Without Language appears. This is not a book without words but rather a book whose author has left literary culture behind, or believes he has, which is almost as good. He writes what he wishes when he wishes on “a whirling stage/for scenery” where “beautiful courtesans under the avalanche/of ambitions” seek “astonished love.” Nor does Picabia forgo what he finds in the street, evoking Daumier strewn with car dust:

“a poor wretch released from prison

walks in silence along the ditch

Then, in 1920, it’s Jesus Christ Rastaquouere, Picabia’s most important text in eight brief chapters. I cannot recommend this novel “novel” more, and will refer to it in years to come in the same way I refer to Lautremont and Rimbaud; for the spice of inspiration, laughter, mystification and adventure: the roads blown wide open for anyone wanting to leap; a true marvel and, in its way, the Dada equivalent to the surrealist Paysan Paris that will follow in several years, but with Paris transformed into an inscape of touché ripostes to stupidity, manners, morals, hyperbole and political amnesia.

Where else does Picabia tell us that, as far as religion is concerned: “One should take communion with chewing gum. That way God will strengthen the jaws.”

Or, as far as artists are concerned: “The world is divided into two categories…failures and those unknown.”

Or that “Politicians grow on the human dunghill”

Or that “The Five-Minute Interval” is a premiere text on mad love, with its Sadean glee still shunting through me...

By 1923 everything is in flux, with Dada a memory first framed by Picabia the previous year. In Litterature, the last magazine edited by Breton prior to the surrealist manifesto, Picabia illustrates covers and publishes poems. When he “lights his cigarette,” it is chance that makes him hungry, waiting, as he does, at a “door” to the “bottom of the earth.” From general to attendant, Picabia has kept his ear to the ground, charting hoof prints of the approaching storm, which carries within it marvelous lightning strikes. But by 1924, he wishes Breton luck and then, some time later, leaves Paris. The collective experiment is over.

In 1939-1940, Picabia re-emerges with two collections: Poems of Dingalari and Thalassa in the Desert. The former is poignant enough, at least in terms of the kind of “melancholy lyricism” Picabia so much disrupted as Dada flourished, but which now has become his. From the latter comes the title to the present book of translations: “I am a beautiful monster/ who shares his secrets with the wind.” The accent is lighter here, as images of love and desire tip the scales in favor of hope as war advances to crush it.

Here, then, is Francis Picabia, in his own texts for his own time. It is not our time but times have a way of shadowing each other and, now and then, of picking up the pace, locking arms and dancing.

But remember: “All beliefs are bald ideas.”

I can hear that music…

Posted by Douglas Messerli at 2:42 AM

My aspirations bring me always to the brink of failure, and in that is a kind of truth unannounced and yet still undeserved. Simultaneously, I read in this brilliant essay on Picabia, a man whose dance on the balance of death and failure spells glory in the aftermath of human life on this planet, when all of man's seeds dry and the "Immaculate Copulation" of masculine mammal man in intercourse with his woman Earth is put to the test in the court of rape, and still eager from our vantage point of beauty in the honest greats of Poetry and Art, we may see a still infertile womb, prepared yet more for her next lover and his imminent failure in their twisted kind of love that sates the Dadaist passions of the inner universe as it purports to erect a black hole on the imprint of one everlasting human heart, ever humiliated, sucked dry in the galaxy's own genital cavity, boring a featureless rung into the escalating sickness of infinite creation.

Thanks to Picabia, and his inveterate wisdom captured in English translation