William Carlos Williams was born in Rutherford, New Jersey, the city where he would live most of his life as a practicing doctor, writer, and family man. Indeed, in many respects, Williams was one of the most American of USA poets, insisting upon American literary and social values at a time when many of his friends and colleagues such as Ezra Pound and Gertrude Stein were arguing for more international perspectives and were living in Europe. 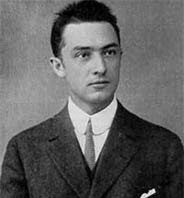 Yet Williams’ position was not necessarily provincial. His father, William George, had born in England and was to remain a British citizen all of his life. He thought himself a socialist, having been influenced by George Bernard Shaw’s Fabian writings. In Rutherford he was a founder of the Unitarian Society, and he made certain his sons received full training in the classics. Williams’ mother, born into a family from a Martinique and Puerto Rico, had studied art in Paris at l’Ecole des Arts Industrielles. At home she preferred to speak her native Spanish, and made certain that her children were educated in French, the language she most loved.

For most of his early years, Williams, along with his younger brother Edgar, attended the Rutherford public schools. But during the father’s absence on trip to Argentina in 1897, Williams’ mother took her sons to Europe in hopes of refining their education. The family lived in Geneva, and the boys attended private school at the Chateau de Lancy. She had hoped that her children would learn French, but most of their classmates were from British families, and it was only when the Williams’ moved to Paris, and the boys were enrolled in the Lycée Condorcet, that they could properly focus on the language. However, without that knowledge they had difficulty with the instruction, and the family returned to the United States in 1899.

Williams and his brother were sent to Horace Mann High School in New York City, commuting from New Jersey to the upper West Side of Manhattan for three years. It was while attending school there that Williams decided to devote his life to writing, but his parents forced both brothers to seek more stable careers. In 1902 Williams attended the University of Pennsylvania’s School of Dentistry, and soon transferred to the medical school. It was there that he met Ezra Pound and Hilda Doolittle (H.D.), whose father was a professor at the university. It was his friendship with the two, expressly Pound, that was to influence Williams for a great number of years, and he worked in tandem and in opposition to Pound’s developing poetics. It was Pound who helped Williams move away from the English poetic tradition to American figures such as Walt Whitman and to the continental tradition. At Penn he also came into contact with the American artists Charles Demuth, who remained his close friend until Demuth’s death in 1934. 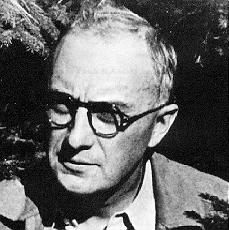 Williams graduated medical school in 1906, serving for a while in The French Hospital in New York. However, determining to improve his pediatric skills, he enrolled at the University of Leipzig in 1909, staying there until the following year. The same year he moved to Leipzig, Williams self-published his first volume of poetry, Poems. Pound’s response to the book was brutal—and as honest as he would remain throughout their lives: “I hope to God you have no feelings. If you have, burn this before reading.” Williams, he proclaimed, was out of touch with the work being produced in the literary centers of Paris and other European cities. Poems, he declared, is second rate. “Individual, original it is not. Great art it is not. Poetic it is, but there are innumerable poetic volumes poured out here in Gomorrah [London]…There are fine lines in it, but nowhere I think do you add anything to the poets you have used as models.” Clearly Williams took Pound’s statements to heart, producing in 1913 The Tempers, which more fully represented the rhythms and accents of American speech that would characterize Williams’ writing for the rest of his life.

Returning to the United States after Leipzig, Williams began medical practice in Rutherford, and was appointed physician for the Rutherford public schools. During this period he returned to his relationship with a local girl, Florence Herman, marrying her in 1912. The following year they moved to the house where they would remain for the rest of their lives.

While practicing medicine, Williams continued to write, involving himself with founder, Alfred Kreymborg, and the poets surrounding the magazine Others. Organizing a summer retreat his house in the New Jersey Palisades, Kreymborg brought together Williams and a number of important artists and writers of the day, including Man Ray, Malcolm Cowley, Walter Arensberg, Mina Loy, Marcel Duchamp, Wallace Stevens, and Maxwell Bodenheim. It was in the pages of Others that Williams first began to explore his ideas of the representing the American landscape and language, while also abandoning a metrical based prosody.

In 1920 Williams published his first major collection of poetic writings, prose poems, along with a preface that presented many of his aesthetic ideas. Two years later, he explored similar territory in his experimental fiction, The Great American Novel. In the same year he published a work central to his aesthetics and his poetic achievements, while at the same time, arguing within the text of the book itself, with some of Pound’s ideas expressed pointedly in their continued correspondence. The work, Spring and All, is one of the most important literary documents of American poetry.

Through the rest of the 1920s, Williams would continue to explore new poetic territory, along with fiction and essays on the American scene, such as In the American Grain of 1925.

The Great Depression found the Williams’ in financial disarray since he had invested much of his money in the stock market, and his small-town patients often did not have the money to pay. Williams often waived his fees, and was forced to take on greater work. Accordingly, some of his poetry moves closer to political criticism during this period, but his commitment was to remain aloof from a poetry centered in social and political issues.

During the 1930s, Williams found readership and appreciation from some of the Objectivists such as Louis Zukofsky, who arranged to have Williams’s Collected Poems 1921-1931 published by the Objectivist Press. By the late 1930s, Williams’ work was taken up by the avant-garde publishing house, New Directions, and for the first time his work became readily available. During these middle and later years, he continued to work on poetic ideas, struggling through his multi-volume long poem, Paterson, works of fiction and drama, and later poems—which some readers and critics found to be his best writing, but which was dismissed as of lesser importance than his earlier works by readers and writers interested in more innovative work. Among the single volumes of this later period were The Desert Music (1954) and Pictures from Brueghel (1962). In 1953 he shared the Bollingen Prize with Archibald MacLeish, and he received the 1963 Pulitzer Prize for Pictures from Bruegel. He was appointed to the post of Poetry Consultant to the Library of Congress in 1952, but the offer was rescinded because of an outcry among conservative groups who complained that Williams had purportedly had Communist sympathies and that he had publicly defended Ezra Pound.

For the complete library of Williams' audio recordings, click below:

out of the scorched ground!

that no beast eats—

Into the heat with them:

The earth cracks and

the sky goes out

if you should fail.

I saw a child with daisies

for weaving into the hair

Her body is not so white as

anemone petals nor so smooth—nor

so remote a thing. It is a field

of the wild carrot taking

the field by force, the grass

does not raise above it.

Here is no question of whiteness,

white as can be, with a purple mole

at the center of each flower.

Each flower is a hand’s span

of her whiteness. Wherever

his had has lain there is

a tiny purple blemish. Each part

is a blossom under his touch

to which the fibres of her being

stem once by one, each to its end,

until the whole field is a

a cluster, flower by flower,

a pious wish to whiteness gone over—

The Widow’s Lament in Springtime

Sorrow is my own yard

where the new grass

flames as it has flamed

often before but not

with the cold fire

that closes round me this year.

I lived with my husband.

The plumtree is white today

with masses of flowers

and color some bushes

yellow and some red

but the grief in my heart

is stronger than they

for though they were my joy

formerly, today I notice them

and turn away forgetting.

Today my son told me

that in the meadows,

at the edge of the heavy woods

in the distance, he saw

and fall into those flowers

and sink into the marsh near them.

from The Descent of Winter

My bed is narrow

in a small room

The numbers are on

was empty above me

on an oval disc

I must tell you

whose round and firm trunk

pavement and the gutter

into the air with

thrust half its height—

till nothing is left of it

hornlike at the top

into the pit of

This Is Just to Say

for a selection from Williams' manifesto/poetry collection Spring and All, click below:

To hear William Carlos Williams read three of his most famous poems, click below:

selections of poetry and prose

from Spring and All as published in The Collected Poems of William Carlos Williams, Volume I 1909-1939 (New York: New Directions, 1986. Copyright ©1982, 1986 by William Eric Williams and Paul H. Williams; editing copyright ©1986 by A. Walton Litz and Christopher MacGowan. Reprinted by permission of New Directions Publishing Corporation.

from The Descent of Winter