In 1954, Wieners attended a Beacon Hill poetry reading at the Charles Street Meeting House, where first heard and encountered Charles Olson. The event encouraged him to enroll at Black Mountain College in North Carolina, where he studied with Olson and the poet Robert Duncan from 1955-1956. 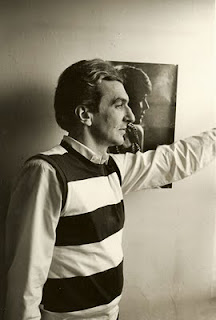 Returning to Boston, he worked as an actor and stage manager at the Poet's Theater in Cambridge, while he began edition the magazine Measure.

From 1958 to 1960 Wieners moved to San Francisco, actively participating in the San Francisco Poetry Renaissance, a period commemorated in Wieners' poetic journal 707 Scott Street, a manuscript which remained unpublished until Sun & Moon Press released it in 1996.

Although much of Wieners experiences were joyful, during the same period he was heavily under the influence of drugs and lived in dire poverty, experiences that underlie his first stunning collection of poetry, The Hotel Wentley Poems of 1958, published when Wieners was 24 years of age.

Returning to Boston in 1960, Wieners was committed for a period to a psychiatric hospital. In 1961, he moved to New York City, working at the then-famed Eighth Street Books as an assistant bookkeeper from 1962-1963. During this period, he lived with writer and counter-culture figure Herbert Huncke on the Lower East Side.

In 1963 Wieners returned yet again to Boston, working as a subscriptions editor for the Jordan Marsh department stories until 1965. His second of poetry, Ace of Pentacles, was published in 1964.

After traveling to the Spoleto Festival and the Berkeley Poetry Conference with Olson in 1965, Wieners enrolled in the Graduate Program at SUNY Buffalo, working as a teaching fellow under Olson until 1967, the year which his book, Pressed Wafer was published. 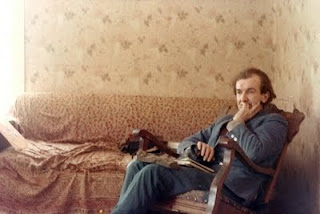 In the spring of 1969, Wieners was institutionalized, a time in which he composed Asylum Poems, published later that year. Another book of poetry, Nerves, containing work from 1966 to 1970, was published the following year.

During the 1970s, Wieners became active in educational and publishing cooperatives, involving himself in politics and, particularly, in the gay liberation movement. It was during this period that he moved into his famous Boston address on 44 Joy Street on Beacon Hill, where he lived the rest of his life.

His influential Selected Poems was published in 1972 and Behind the State Capitol or Cincinnati Pike appeared in 1975, but after this period Wieners remained isolated from the public eye for at least ten years, a period during which publisher and editor Raymond Foye often financially helped him, while, locally, friends such as Jim Dunn cared for him.

In 1986 Foye edited a new Selected Poems: 1958-1984 and edited a new book, Cultural Affairs in Boston: Poetry & Prose: 1956-1985, published in 1988. In 1999, celebrating an exhibit by the painter Francesco Clemente at the Guggenheim Museum, Wieners gave one of his last public readings. A collaboration between the two, Broken Woman, was published as well.

On an evening in late February 2002, after attending a party for his friend Charley Shively, Wieners collapsed on a Boston street where he was discovered by strangers and taken to Massachusetts General Hospital. Tracing a piece of paper to Jim Dunn, the police notified the friend, who with others rushed to the Hospital, where he died on March 1.

Two books have been published posthumously, including a book, Kidnap Notes Next, ed. by Dunn, in 2002 and A Book of Prophecies in 2007.

For a  selection of poems originally appearing in Douglas Messerli, ed. From the Other Side of the Century: A New American Poetry 1960-1990 (Los Angeles: Sun & Moon Press, 1992), click below:

For a wide selection of poems read by John Wieners, see his PENNSOUND page by clicking below:

Posted by Douglas Messerli at 1:10 AM