Born in Brooklyn, New York, in 1929, Gilbert Sorrentino attended Brooklyn College. He founded the magazine Neon in 1956 with college friends, including the novelist Hubert Selby, Jr.

The magazine survived until 1960, the year in which the author published his first book of poetry, The Darkness Surrounds Us, issued by the renowned Jargon Society, headed by Jonathan Williams. The following year Sorrentino took on the editorial position of Kulchur, a magazine and later press supported by Lita Hornick, which he would edit until 1963. 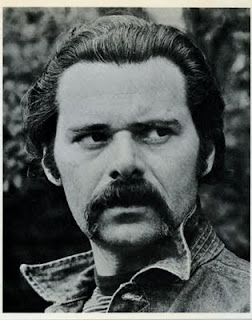 After working closely with Selby in editing his 1964 novel, Last Exit to Brooklyn, Sorrentino published is second collection of poetry, Black and White. The Perfect Fiction followed in 1968, but in the meantime he had published his first fiction, The Sky Changes (1966), which would become the author's primary genre.

Over the years of his life, Sorrentino wrote dozens of longer and shorter fictions, including masterworks such as Mulligan Stew (1979), Aberration of Starlight (1980), Blue Pastoral (1983), and Gold Fools (Green Integer, 2001). Several of his fictions and poems use Oulipoean strategies, such as in Gold Fools, where every sentence of the work is a question.

Throughout most of his writing, Sorrentino was an inventive satirist, with affinities to the Irish writer, Flann O'Brien. In several of his fictions, characters from other fictions appeared along with riffs and attacks upon each other. At times, Sorrentino's writing could be brutally cynical, but often the writing displayed a deep American romanticism. 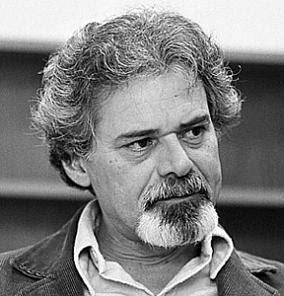 In 1965, the poet was hired as an editor at Grove Press, where he worked until 1970. One of his major editorial projects there was The Autobiography of Malcolm X. But soon thereafter, Sorrentino began to teach creative writing at various universities, including Sarah Lawrence College, Columbia University, the University of Scranton, and the New School for Social Research. In 1982 Sorrentino was hired as a full professor in English at Stanford University, where he taught until 1999, returning to Brooklyn.

Among his many awards were two Guggenheim fellowships, the American Academy of Arts and Letters Award for Literature, and the Lannan Lifetime Achievement Award in 2005.

Sorrentino died on May 18, 2006. A posthumous novel, The Abyss of Human Allusion, with a preface by his writer-son Christopher Sorrentino, appeared in 2010.

Click below for a selection of poems that appeared originally in Douglas Messerli, ed. From the Other Side of the Century: A New American Poetry 1960-1990 (Los Angeles: Sun & Moon Press, 1992):

A Connoisseur's Guide to the Bay Area

James W. Marshall had picked up a gold nugget on the South

Fork of the American River, its first effect was to depopulate

Sleep, the Sun Is Shining

A lavender sky slathered above

It makes us wish to be home.

Where oceans are actual oceans.

What am I doing here? is what

I am doing here. Hello, they say,

see you soon: or drop by! They

don't know how to speak

yet often they speak of dining.

Sometimes of opera or theatre and always

Soft, they are soft they are mush

in the moxie, watery. They

other cars that take up their room.

Oh here they come! Right back where

they started from. Back where the

brown grass blazes and the

Will Work for Good Food

They often walk out of the fog

and the "low clouds along

the coast" right into some

The sun whacks them

in the head their brains boil

but they mumble lexus and

mercedes as they jog away,

smokeless and sweet. But there

are many more to come, on bikes

and wrapped in spandex breathing in

that invisible and absolutely

lead and arsenic and blank death,

what they can't see may be

an orange or a rugged muffin!

Are they right or are they

right? Are they okay? Are they

reasonable? Are they thinking of

shoot you, in Vietnamese Spanish

or English with a Giants cap.

Have a piece of shark! Want

to hold my pistol?

Another chump gets washed into

the sea off picturesque

they all hop in the car

and speed through the shit

To buy a pot a glass of

Cabernet or Zinfandel or

a cuppa latte. What a life!

Back in the white Sentrolla

they're home in time to see

the books fall down again

from another quake. There goes

Wallace Stegner on the floor.

Those were the days at Berkeley

remember the days at Stanford

and remember the sunny crowds!

Remember how they all stopped

all down in the fucking nude

and that was it for death, man.

Jesus do you recall when

the whole red span of the Golden Gate

was crazy? Do you recall

the days when the arts

were, well, the peoples' arts! The

and the bodhisattva bus!

When every washed up bust out

sweetheart of a swell guy said

Sure, the quality of life that is

the style of life that is to say

the life style is such that, well.

You see the gardens? The frazzled sun?

Certainly you do! Here is that

certain something how to say

Down we go one cute street. Up we go.

Another. Spanish is fine.

In its own place. Will you

just look at these people right

on the streets. Seems that they're

looking for some kind of work? But

the crack of the bat the white whiz

of the ball! The shirts in the crowd.

And not just any crowd. This is

the quality crowd of stunned lawns and

the right sort of you know.

don't cotton much to actual people.

Books say everybody can live forever

under depressing aerobic arms, there

you go. No reason why anyone

should actually die, come on!

From one street to the other

all these items laugh that life

and to high fiber and to running

here. And there. Mostly away away!

Complete with cellular plastic and

on. They are running faster into

the mist the low clouds the

fog the smog to life without end!

You Have to Come Over Soon

In the pollinated air

they walk backward as they

between their smiles and you

so that you seem to be in

You soon understand that

they pretend this human trait

and that one. They are not

They would by God love you

over for a drink and to see

the blown wisteria and the

If you should miraculously

the door amazed and quite alarmed.

in the blue fumes. You can

have a whole oat bran wheat

muffin and an immaculate water.

You can avoid satanic cigarettes

while you rev up the new

Aventra that will soon run on

Certainly! This is what

I can do too. Instead of

It never rains a cat or

dog that it don't grow a tree!

They're opening a new live oak

factory here soon. Not near

where the people who value "open"

space sort of live. Of course.

The stars are being pitched into

from Gstaad and the waves

to set off the fresh-ground

coffee with the snappy monicker:

Open up that Golden Gate!

well be the hot dogs in

foil the buns in plastic wrap

out at the Old Ball Game.

in the parking-lot mud. Sh.

fetchingly each night. The

stars are trig. And right.

Deep in the heart of which-its

the dock of yachtses. The dark

Birdies Sing and Everything

Friends, one of the facts

oft whispered to the Marines

is that a city is only a city but

San Francisco is something else.

Where else can you find

certain things? And hear the high

Not one of you can deny

if I'm not mistaken that when

you take this street it leads you

to the gala! And that one to

the weekend celebration, with candles.

Plenty of them! To divers arias

loads of authentic art and cuisine

this home of amazing says Hi!

again. And yet again. When in

the slightest doubt, shoot over

sundry bridges while the bay

Posted by Douglas Messerli at 1:42 AM