A group of Ecuadorian poets born between 1905 and 1920, the Elan poetry movement, headed by Ignacio Lasso (1911-1943), were experimental writers devoted to the inner self, cerebral lyrics, and social and political issues that arose after World War I and the years that followed. 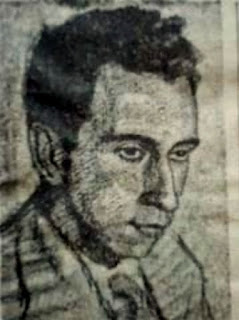 The leader, Lasso, was born in Quito, and was the founder of the central magazine for the group, but also worked with numerous other journals of the day. Despite his high poetic values, Lasso himself related intensely with European poetic styles of the period and with the ULISES poets of Mexico.

Posted by Douglas Messerli at 2:11 AM