Born in Cambridge, Massachusetts in 1894, E. E. Cummings was the son of a Harvard professor and minister. At the early age of eight, Cummings—encouraged by his family to be creative—decided to become a poet, training himself through his childhood in traditional and modernist forms.

He became a student at Harvard University in 1911, studying Greek and other languages. It was there he discovered the poetry of Ezra Pound and became friends with soon-to-be writers and arts people such as John Dos Passos, Scofield Thayer, and James Sibley Watson. Cummings delivered the 1915 commencement address wherein he extolled modernist ideas. He graduated with a Master’s degree in 1915, and worked for a short while in New York before joining the Ambulance Corps in France in 1917. 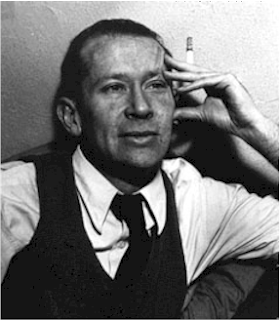 As he sailed to France, he encountered a young American, William Slater. Slater later wrote several letters from France criticizing the war, and the French authorities, becoming suspicious of his activities, arrested him. When Cummings refused to denounce his friend, both were sent to the la Ferté-Macé detention center in Normandy, where they were subject to terrible camp conditions and where Cummings encountered various other internees from various countries which would later become the subjects of his recounting of this experience in The Enormous Room (1922). Only after his father’s efforts, was Cummings released from prison and returned home. The experience left Cummings with an even greater distaste than previously for authority and political conformism.

During the early 1920s, Cummings began to publish in The Dial, a magazine established by his college friends, Thayer and Watson. Cummings also began to meet other writers of the period such as Edmund Wilson, Kenneth Burke, and Marianne Moore. Cummings also had an affair with Thayer’s wife, Elaine Orr, which resulted in a daughter, born in 1919. Throughout the early 1920s, he published volumes of poetry including Tulips and Chimneys (1923), & (1925), Poems (1926), and is 5 (1926). He also became a reporter for Vanity Fair.

The poems of this early period would characterize much of his writing throughout his life: the use of all lower-case letters, radical enjambment and placement on the page, and dissociative fragments; but Cummings generally combined these with an almost traditional, sometimes even sentimental thematics, which seemingly undercut the radical devices, but also helped to make him one of the most popular poets of the period.

Keeping an apartment in New York—in the same Patchin Place building as Djuna Barnes—Cummings traveled extensively, including to the Soviet Union, which resulted in a travel journal, Eimi (1933). He also spent much of his time at the family farm in New Hampshire. In 1924 he married Elaine Orr, but they divorced within a year. His daughter by Elaine, Nancy Thayer, did not find out that Cummings was her father until 1948. In 1929 he married Anne Barton, divorcing her three years later. He lived in a common law marriage with photographer Marion Morehouse until her death in 1934. 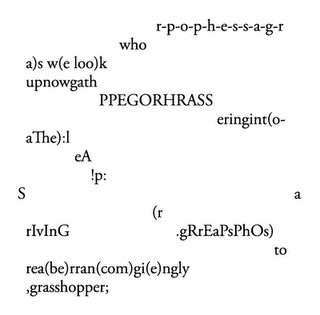 For a selection of poems by e. e. cummings, click the link below:

Posted by Douglas Messerli at 3:16 AM

E. E. Cummings was a true artist – in every sense of the word. He “lived” his art and his poetry – he didn’t simply “do” it. His innovative writing style was truly ground-breaking in Modern American Poetry and his verse, along with his paintings, often fail to receive enough recognition or credit these days.

If you love E. E. Cummings, check out the 2012 Deluxe Wall Calendar commemorating the 50th anniversary of his death at: http://www.eecummings2012calendar.com.
You can also view a video/reading of his poem, “i am a little church…” on YouTube at:
http://www.youtube.com/watch?v=vSLWYuOiIdw