Nelly Sachs grew up in Berlin, the daughter of a wealthy industrialist. She was educated privately, with emphasis on the arts, and at the age of seventeen, she began to write, producing a neoromantic poetry, work she later rejected. In 1921 she published Legenden und Erzählungen, which consisted of legends and tales. Her verse appeared in various German newspapers throughout the mid-1930s. But in that same period, her life was caught up in the tragic events of the German Jews, as she watched friends and family sent to their doom. In 1940, she and her mother escaped to Sweden, through the help of Swedish author Selma Lagerlöf, Prince Eugene of the Swedish Royal Court, and German friend, Gudrun Harlan Dähnert. 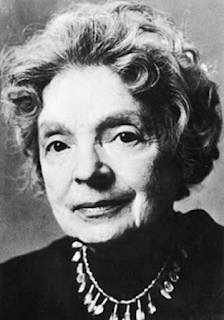 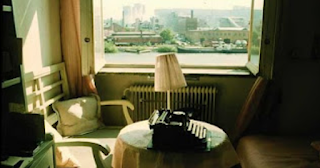 It was while living in Sweden, living in fear and agitation, that she began again to write. "Writing is my mute outcry; I only wrote because I had to free myself," she observed. Beginning with her verse play, Eli: Ein Mysterienspiel vom Leiden Israels (Eli: A Mystery Play of the Sufferings of Israel), written in 1943 and published in 1951, she produced several volumes of powerful poetry, each seeking answers for the horrors of the holocaust and a reconciliation with the past. Her masterworks include In den Wohnungen des Todes (written from 1944-45, published in 1947), Sternverdunkelung (1949), Und neimand weiss weiter (1957), and Fluch und Verwandlung (1959). In 1961, upon the occasion of her seventieth birthday, her publisher Suhrkamp collected her poetry under the title Fahrt ins Stablose (Journey Into a Dustless Realm). Other collections, Späte Gedichte (1965), Glühende Rätsel (1965), Die Suchende (1966), and Teile dich Nacht (1971), followed.

In 1966 Sachs shared the Nobel Prize for Literature with Israeli author S. Y. Agnon. She died of cancer in 1970 in Stockholm.

O the night of the weeping children!

O the night of the weeping children!

O the night of the children branded for death!

Sleep may not enter here.

Have usurped the place of mothers,

Have tautened their tendons with the false death,

Sow it on to the walls and into the beams --

Everywhere it is hatched in the nests of horror.

Instead of mother's milk, panic suckles those little ones.

There was the doll with cheeks derouged by kisses

Brought to life by love,

Now blows the wind of dying,

Blows the shifts over the hair

That no one will comb again.

─Translated from the German by Michael Hamburger

And we who move away

And we who move away

beyond all leaves of the windrose

heavy inheritance into the distance.

where earth is losing its lineaments

falls in the stillness of white leaves

between his antlers bears

camouflages itself with iceberg masks

under the last star's

here at this place

I expose the coral,

the one that bleeds

Bewitched is half of everything

Bewitched is half of everything.

no knife unscales the night.

behind the homesickness scar.

where a different green speaks with tongues

and the seas abandon themselves timelessly.

The enigmas' trail of comets

gropes home along its railing.

True, cows graze in the foreground,

clover is fragrant with honey

and the stop buries what angel's forgot.

Awakening clangs in the city

but to cross bridges

is only to reach a job.

Milk rattles in cans on the street

for all who imbibe death as their last taste.

The laughing gull above the water

still has a drop of madness

is preserved in our tear.

that you may not shatter in fragments

now when the time sinks with the ravenous suns

the moons of death

drag the falling roof of earth

into the congealed blood of your silence.

once you were the bride of mysteries

adorned with lilies of shadow─

In your dark glass sparkled

the mirage of all who yearn

and love had set its morning rose

You were once the oracular mouth

of dream painting and mirrored the beyond.

now you are the graveyard

for the terrible shipwreck of a star─

time sinks speechless in you

and the flag of smoke.

─Translated from the German by Ruth and Matthew Mead

where do you pitch your tent?

you call the brood of your madness

crows wounds into the air─

You have fallen from the nest

True to your native land

you sweep the roaring meteors

back and forth with a nightmare broom

before the flaming gates of paradise...

pushes you out to dance

on the tilted flashes of inspiration.

Your body gapes points of view

you recover the lost

dimensions of the pyramids

sitting in the branches of your eye

of a map of stars.

a chrysalis of enigmatic moss

until you hold the wing-breathing butterfly of morning

you drink its blood.

─Translated from the German by Ruth and Matthew Mead

to kiss the end of all distances.

of night over the redness

and hesitant I place my foot

on the trembling string

of my death already begun.

─Translated from the German by Michael Hamburger

in the night of nights

on the pyre of flight

for love winds itself out of its thornbush

and with its tongue of flames

is beginning to kiss the invisible sky

when vigil casts darknesses on the wall

prays with the noose of the hunter

blowing in with the wind:

till the letters have come home

from the blazing desert

and been eaten by scared mouths

till the ghostly geology of love

have rediscovered love's word of creation:

there on the paper

How many blinkings of eyelashes

no eyelid to be lowered

and a heap of time put together

painted over the air's humility

This can be put on paper only

with one eye ripped out─

You painted the signal

red with your blood

moist on the borders

but still without birth

that is flight into the Beyond

of the rootless palm tree of time─

“O the night of the weeping children!” “And we who move away,” “Bewitched is half of everything,” “Night, night,” “O sister,” “Line like,” “Vainly,” and [“How many blinkings of eyelashes’]. Reprinted from O The Chimneys (New York: Farrar, Straus & Giroux, 1967) and The Seeker and Other Poems (New York: Farrar, Straus & Giroux, 1970). Reprinted by permission of Green Integer.

Posted by Douglas Messerli at 2:42 AM