Born in Barcelona in 1893, Foix grew up the son of a businessman who ran two bakery shops. He attended grade school in Sarrià and high school at the Colegi Ibéric in Barcelona. At the University of Barcelona, he studied law, but dropped out to help with the family business and─keeping the fact from his conservative parents─to write.

His early influences included the major Catalonian poets, Mossèn Jacint Verdaguer, Joan Maragall, and Miguel Costa i Llobera, as well as the contemporay French and Spanish-language poets such as Rubén Dario, Charles Riba, and Gabriel Ferrater. And the influence of these poets is revealed in his early works of the 1930s such as Gertrudis, KRTU, and Sol, i de dol. 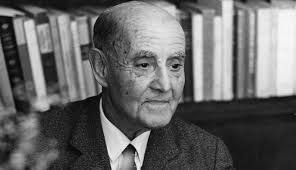 But already this early work was closely involved with visual images, and by the time of his publication of Les Irreals Omegues in 1949 Foix reveals the influences of modernism shared by his artist friends Joan Miró and Salvado Dalí, as well as his colleague Josep Junoy, with whom he experimented with visual poetry, and his poet friend Paul Eluard. And throughout his long career, Foix would combine surrealist-like images and radical visual and linguistic experimentations. Despite his attraction to the avant-garde, however, Foix preferred to be free of labels, describing himself as an "investigator in poetry."

Foix continued to write up until the time of his death, assuring his centrality in the tradition of Catalan literature throughout the century.

Bring on the Oars...

Bring on the oars, my family's always been wanderers,

The sun hangs on my chest amid coral beads

And I say, on board, that I long for peaks and valleys,

For cows milked in a barn while snow falls outside.

Wolves have never scared me; at home

I chase warlocks by torchlight

And, covered with sacks, I sleep beside horses

It is I who trod the young vine and stared at that old lady,

And I dive into cold gorges if the lad splits asunder

Or embrace the moon in its difficult meanderings.

One must take risks on land and sea, and in new art,

When I spied my rival in the distance, motionlessly awaiting me on the beach, I wondered if it was him, my horse, or Gertrude. As I approached, I realized it was a stone phallus, gigantic, erected in the far-off past. Its shadow covered half the sea and an indecipherable legend was inscribed at the base. I went closer so I could copy it, but before me, lying open on the burning sand, was only my umbrella. Upon the sea, without shadow of ships or clouds, floated those enormous gloves worn by the mysterious monster who chased you toward evening beneath the Ribera's plane trees.

It's absurd: they said I had to address you, and that at the very hour when sun, sea, and flesh weave dense arborescences and our ghosts wander through this miraculous jungle, I had to deliver a monologue without noticing that there were just a few dozen mummies before me, tragically sentenced to withstand the termite forever. You are by no means unknown to me. I've seen you in funeral processions at the parish storm door and within your moldy chambers, lying on mysterious slipcovered sofas. But I can imitate your faces, if need be, and like yours, my tight-stretched skin is a mask that allows me to behave with the idiocy of one who speaks because his fellow listens. It's absurd, it's absurd. No matter what I might useleslsy seek to tell you, a flash of eyes across the sky makes it intelligible to our joyous shadow, which it guides through the jungle our carnal figurations have deserted. My pedantry, then, will humbly recite another's texts. In the jagged blanks between paragraph and paragraph, between author and author, o sister mummies, perhaps you will find those footprints revealing which way my Philips went.

An outside spool unwinds thousands and thousands of yards of black gauze before my eyes. The portrait on the wall I'll never get to hang straight again: Is it Blake? Is it Lenin? Is it my father at thirty-five?

After passing through a dense forest of deflated tires, I finally got to touch his shoulder. He has glass eyes and a curly beard like the one on that giant at Poldo's house in Solsona.

A sofa on a riverbank is truly a marvel. A man bowed beneath the weight of a huge R slowly advances. He places the initial on the sofa, which teeters and falls into the river. But the river's made of glass and splits in a jagged crack from one bank to the other. If I lie down to touch it and see how thick it is, my hand will start bleeding. A voice makes the poplars tremble deep inside like theater props, and it calls out: MARTA! I simultaneously repeat the name (Could I be the only one who shouted it?): That R must have been an M; it is an M; no, it's an R. If only the man who brought it would return! But he's ashamed to be seen in shirtsleeves now that the curtain's risen.

If it weren't in such bad shape, we'd take the Ford out of its corner and go for a spin. But it doesn't have wheels! Nevertheless, Ernest Maragall hangs a clay angel above the radiator, clutching a piece of paper in its oustretched hands: Gloria in excelsis Deo. That's no Ford, it's a Mathis 717171. If it runs smoothly we'll go pick up Feliça (?), Maria Pepa and Niup (?). There's a dance at the Sant Gervasi Atheneium. But we're all naked and Maragall, jerking my head as though he wanted to strangle me, keeps repeating: "I never wear sport jackets! I never wear sport jackets!"

"It's not a horse. Among the grapevines, you say? But with a sea this hairy, the moon's whinnies are only audible at midnight, beneath Garraf's tunnels."

The coconut-vendor put on a false mustache so big it made me weep with fear. He took my hand and led me to the back of the stable where the horses slept. To keep me quiet, he showed me, through a cobwebbed crack, the vague landscape where a thousand silver rivers die in the sea,and he filled my hands with olives.

Beyond the Centuries, Immobile

Filling the docile beach with day and night,

With setting suns and tree-trimmed moons;

And you, and I, immobile throught the centuries

At the shadowy foot of an eternal column.

We no longer gaze at each other with fiery pupils,

Nor do we, absent, peer into others' eyes

And the nets that conceal abysses behind doors─.

They bear in their hands the most useless of tools,

And pass by, and return,

And strew black feathers upon the sand.

The aroma of fresh-baked bread drifts through caverns,

And sleepwalkers, present in their timeless passing,

Are the breath of all:

A school of fish bursts into sparks,

Then thrashes in the hollow left by receding waves

Or echoless pulsing in the One Supreme Beat,

Tossing our nets from the tip of the Cape.

Posted by Douglas Messerli at 2:28 AM