Born in Princeton, New Jersey in 1949, Steve Benson graduated from Yale College in 1971. He studied writing with Susan Holahan, Peter Schjeldahl, and Ted Berrigan at Yale during the period of the Vietnam War Moratorium and the Bobby Seale trial. In this milieu he heard readings by many of those known as the second generation New York poets.

While in high school, Benson became overwhelmingly interested in theater, in foreign film, in experimental non-narrative film, in postmodernist graphic art, and in contemporary art movements on the Lower East Side of New York City. He graduated with a Master of Fine Arts degree from the University of California at Irvine in 1973 and worked as a high school teacher and then as staff in a library and bookstores until 1989.

From 1976 until 1992 Benson was active in the "Language" poetry scene in the San Francisco Bay area, where he gave readings, performances, and talks, and acted in Poets’ Theater plays , while also writing, collaborating, and publishing. He co-curated the series at the Grand Piano with Carla Harryman from February 1978 until February 1979. 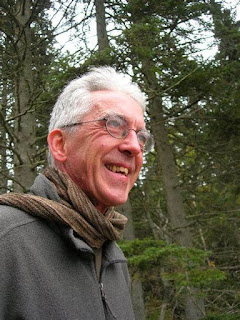 In 1992, Benson moved to the East Coast where he has earned a living as a psychologist and raised two children. He lives in Downeast Maine and is active in his local peace and justice group, food co-op, zendo, and Waldorf school.

Benson began integrating oral improvisation into many of his poetry readings as early as 1977. Readings and talks also frequently involved use of one or more media in addition to live spoken voice, including costume changes, tape playback, projections of slides and/or film, lighting adjustments, and props. In his presentations, media have not been employed with mastery but rather with considered respect for their material specificity and potential for interaction with spoken words.

He has often experimented with writing by hand or on a laptop while orally representing or speaking variations on the text while it is under creation during a public reading. His books have presented careful transcriptions of performances involving improvisation, as well as texts written and revised for publication. From 1990 to 1992, Benson frequently improvised with his speaking voice as a fifth instrument in concerts and recording with the Splatter Trio, and more recently he’s collaborated publicly with filmmaker Konrad Steiner and the Jon Raskin Quintet.

For numerous readings and performances by Steve Benson, click below:
http://writing.upenn.edu/pennsound/x/Benson.php
Posted by Douglas Messerli at 1:50 AM