Leland Hickman was born on September 15, 1934 in Santa Barbara, California. He moved with his family to Bakersfield, living on a farm in Carpinteria, and, ultimately returned to Santa Barbara where he attended high school. In addition to acting in high school plays, Hickman performed in local theater productions of the Children’s Theatre of Santa Barbara and the Group L Theater Workshop.

After high school, Hickman attended the University of California at Santa Barbara, and later studied at Berkeley, where he performed with the Berkeley Drama Guild.

Completing a tour in the Army, Hickman moved to New York City to continue his theater career. He toured nationally with the Bishop’s Company in 1957, worked in the Canal-Fulton Summer Theater in Ohio in the summer of 1958, and performed with the Equity Library Theatre in New York. Subsequently, he studied at the New York Academy of the American Shakespeare Festival. 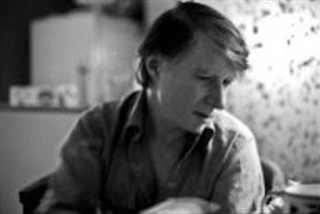 In 1961 he returned to California, performing at the Equity Library Theatre West in Los Angeles. He remained in Los Angeles for three years, returning to New York. But in 1969, He moved to Los Angeles—briefly living in San Francisco—where he and his companion, Charles Macaulay, lived the rest of their lives.

His literary career began in the mid-1960s. In 1967, The Hudson Review published “Lee Sr. Falls to the Floor,” an introductory poem to Hickman’s major work, Tiresias, his “ongoing long-poem” about his feelings for mankind, poetics, and America. He continued to write poetry through the 1970s, published a section of Tiresias as Great Slave Lake Suite in 1980. Portions of the work also appeared in numerous magazines and anthologies throughout this period. His work, highly narrative, might almost be seen as a sort of Western, mythologized version of Walt Whitman’s work. 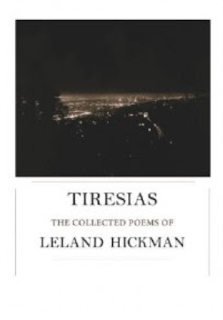 From 1977 to 1981 (issues nine to eighteen), Hickman worked as the poetry editor for the Los Angeles literary magazine, Bachy, published by Papa Bach Bookstore. In 1981, he co-founded, with Paul Vangelisti, the magazine Boxcar: A Magazine of the Arts, two issues of which were published. In 1985, he began editing and publishing Temblor, which continued for ten issues. This magazine, one of the most important of its day, is noted for the publication of national figures, particularly those connected with “Language” writing, and international poets.

Throughout these years, Hickman also worked intensely with local established and emerging poets, questioning and challenging their poetic values and methods. Accordingly, he became an influential figure within the Southern California poetic community, one who would apprise his peers’ works honestly, tolerating little self-satisfaction and personal eccentricities in their writing.

In 1991 Hickman died of AIDS-related conditions.

“He Who Delights in Signs”

tilphussa without to drink thee

as when suckt about poet into poem’s

more ruin in flame my deathmost

tilphussa of his goddess’s juices

as of her serpent’s tongue in my ears a

child’s rift, rift of her portions fresh in

threshold, as he who delights in signs as ascend from my glistening

in downcaster plain, at alphabet close, in cringing, in hiding

as in goddessskin of his harness her godskin who am

Press this link for a tribute to Leland Hickman: