Born in Scotland in 1909, Helen Adam is best known for her poetry exploring the ballad tradition. She wrote in traditional forms, but mixed the archaic language of that tradition with modern psychological consciousness. Her work combined the rhyme and meter of the ballad with collage and film techniques.

Her first book, The Elfin Peddler, was published at the age of 12, when she was hailed as a child prodigy. Tales Told by Pixie Pool and Shadow of the Moon followed.

In 1939 Adam, her mother, and sister traveled to the USA to attend a cousin's wedding. Soon after, World War II was declared, and fearing the war and having no firm prospects back in Scotland, the three remained in the US, settling in New York for ten years. Helen worked upstate in New York as a farm worker on fruit trees, before moving with her sister and mother to the West, staying for a short while in Reno and ultimately moving to San Francisco, where Adam began again to write, producing twelve books of poetry, a book of fiction, a film, and a musical. 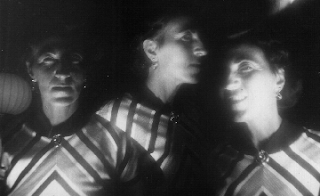 Arriving in San Francisco in the 1950s, Adam took Robert Duncan's poetry workshop at San Francisco State University, where she influenced her teacher by what he described as opening "the door to the full heritage of the forbidden Romantics. Her ballads were the missing link to the tradition." Allen Ginsberg, Jack Spicer, James Broughton, Madeline Gleason, and the artist Jess were all, in some respects, influenced by Adams work, and before long she become highly involved with what was later described as the San Francisco Renaissance.

In the 1964 she returned to New York City, performing her ballads with Patti Smith, Ginsberg and Anne Waldman. Her opera San Francisco's Burning, on which she collaborated with her sister Pat and the composer Al Carmines, was published as a book in 1963, and reprinted with new material in 1985. Adam also starred in two films by the German director Rosa von Praunheim.

With the death of Pat in 1986, Adam fell into a depression and refused to receive visitors and cash her assistance checks. She died as a ward of the state in 1993, her papers and publications presumed to be lost in the trash. Only a box of her rock collection was found, ten years later, in a dumpster.