Born in Mishawaka, Indiana, Sheila E. Murphy was reared in South Bend, Indiana a mile from the campus of the University of Notre Dame, with which her family has strong ties. Music was a focal point of her early life, with extensive flute study and performance, as well as participation in Madrigal and choral groups. Murphy earned a Bachelor’s degree in English and music from Nazareth College, Kalamazoo, Michigan, and a master’s degree in English language and literature from The University of Michigan, Ann Arbor, where she was a Michigan College Fellow. She taught English and music at Bay de Noc Community College in Escanaba for two years before venturing to Arizona State University, where she earned the Ph.D. degree in Educational Administration and Supervision, with community education emphasis, as a Mott Fellow.

Murphy has held several positions in the private sector, Ramada Inc. where she served as Vice President of Worldwide Reservations and as Director of Ramada Management Institute, the training and education division. She also served as the Executive Director (Dean) of Business and Management Programs for the corporate office of The University of Phoenix. Since 1993 Murphy has led a consulting firm that provides program evaluation and analytical services to public and private sector clients. 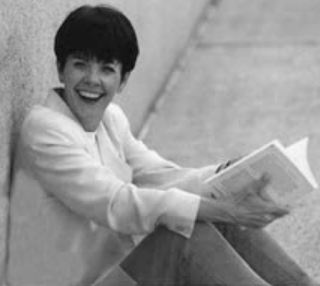 She also co-founded, with Beverly Carver, the Scottsdale Center for the Arts Poetry Series, and worked for 12 years with the Curator of Education, featuring local, regional, and national writers who were commissioned to create original works in response to visual art that was included in traveling exhibitions.

Over the past several years, Murphy has been working in visual art, particularly in the area of visual poetry. Her work has been exhibited and sold in multiple exhibits throughout the United States.

Letters to Unfinished J., selected by Dennis Phillips, won The Gertrude Stein Award, in which Sheila Murphy established herself as a definitive presence in the complex workings of the prose poem.

Murphy has used newly created forms both as a way of creating momentum and as a way of removing the bother of co-inventing shape and content when writing. Teth, (ninth letter of the Hebrew alphabet) is a book based on the number nine, and has 81 pages, each with 81 words of text. Tommy and Neil, a book in two parts, is dedicated to each brother on his 36th birthday. Tommy has on each of 36 pages three separate word groupings, of 54, 13 and 6 words each, commemorating his birth on 6 / 13 / 54. Letters to Neil is 36 prose poem passages. Murphy’s work has also included mathematical conceptual translations, music theory, using 12-tone patterns in verse, as well as philosophical concepts as a launching place.

condensed [sure of one

are lines of codicil expensive

what fee / what breakage

Posted by Douglas Messerli at 2:20 AM