Nick Piombino was born in Manhattan in 1942. His father was a US Army officer so he travelled as a child, living in bombed out Nurnberg, Germany and then in California in the early and mid-fifties.

He graduated from the City College of New York with honors in literature in 1964. In 1967 and 1973 he participated in poetry workshops with Ted Berrigan and Bernadette Mayer. He received his Master’s in Social Work from Fordham University School of Social Service in 1971 and in 1982 a Certificate in Psychoanalysis and Psychotherapy from the Postgraduate Center for Mental Health. He has been in private practice in psychotherapy in Manhattan since 1975, also working in mental hospitals, foster care agencies and public schools. 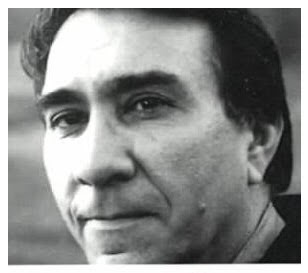 In addition to writing poetry, critical essays and theory, as well as developing his "theoretical objects," he is an artist who began making collages on a visit to Italy in 1968. His art has been included in group shows at PS 122 and the Marianne Boesky Gallery. His "collage novel" Free Fall, a full color collection of over 100 of his collages was published by Otoliths in 2007.

He has been posting to his blog, fait accompli since February 2003. He was guest editor of OCHO magazine in 2007 and 2009. His work has been published in numerous anthologies including From The Other Side of the Century, The L=A=N=G=U=A=G=E Book, and In The American Tree.

The Return to Prose

This poem describes the poet's feelings about the poems of a close friend. Beginning with an evocation of sounds of streams and rivers which can be heard but not see, the poet declares that the friend now "refuses to dirty his hands even in flowing water." A flower which flits by in a "blur of yellow and green" becomes the starting place of a melancholy description of the passing nature of all things, even friendships. But ("as it were") the poems created by the two are "preciously connected." Yet even these disappear, when the matter is examined closely, the "many faces of time." Perhaps in the following several lines the poet is being ironic when he writes that only on the page death and life are "interchangeable." "Flickering lights," "momentary villages," "muffled sounds" are all ways of depicting momentary pleasures. In the final passages, the poet recalls the earliest verses of his friend. These were "primitive," "vast," "undifferentiated," yet their "echoed darkness" is what is now best remembered—paralleling the vast blankness of "futureless time" when neither poet will "live in uttered words" but will have joined the "inexplicable silence" of death.

I don't even know why it's not there.

I looked among my papers for hours

Remembering a feeling I'd lost long ago.

So many thoughts passed through my mind

I couldn't hold on to one of them.

There were pictures I'd misplaced,

Photographs of faces which are landmarks in my life,

Perhaps in some other, untracked world

Fumbling in a timeless reverie

Among the numbers and the scrawls

Diving and swooping down again

In random cries, flights and descents

Towards and away from me.

Posted by Douglas Messerli at 2:21 AM