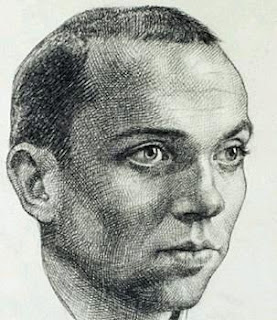 You tossed me a lemon, it was so sour,
with a warm hand, it was so white,
it never bruised the fruit's skin
but the bitterness was what I could taste.

With one golden blow, my blood
was aroused from slow sweetness
to a fever hot pitch when that hard teat
bit back at the tip of my tongue.

I felt my blood sink in my shirt,
and that soft and jaundiced breast
squirt a peculiarly sharp pain.

—Translated from Spanish by Douglas Messerli

It kills me, you're so pure and chaste:
though I confess, my love, I'm guilty,
I snatched that kiss; yes, it was I
who sipped the flower of your face.

I sipped the flower of your face,
and since that great day and deed
your face, so weighty and so scupulous,
droops, falling like a yeloow leaf.

The ghost of that delinquent kiss
now haunts your cheekbone, growing ever
dark, heavy and immense.


How jealously you stay awake!
How zealously you watch my lips
against (God forbid) another break!


Child of the Night

Laughing and playing in the sharp light od day,
the child I twice wanted to be sank into the night.
He no longer wanted the light. What for? He wouldn't leave
those silences, that dark gloom, again.

I wanted to be...What for? I wanted to come joyfully
into the heart of the sphere of all that exists.
I wanted to bring with me laughter, most beautiful thing.
I died smiling, serenely sad.

Child twice a child: a third time on the way.
Circle once again that opaque world of the womb.
Stay back, love. Stay back, child, since I wouldn't
come out where light meets its heavy sorrow.

I go back to the shaping air that fed my unawareness.
I go circling back, aware of my cover of sleep.
In a sensuous, dark transparency,
to roam an interior space, October to October.

Womb: core flesh of all that exists.
Vault eternally dark, whether blue or red.
Night of nights, in whose depts one feels
the voice of roots, the breath of heights.

Under your skin I press on, the distance is blood.
My body swings in a dense constellation.
The universe sets off its floating echoes
in the place where the history of man is written.

To gaze and see surrounding solitude, mountain,
sea, through the window of one full heart
that yesterday grieved not to be an horizon
opening on a world less changeable, transient.

To hoard, for no reason, the stone and the child:
just to live one day without wings in the dark.
Pillar of frightening salt, cut off
without fresh air or fire. No. Life, go back.

But something has desperately hurtled me on.
In the past, the downing of time, I fall.
I am hurled out of the night. And in the wounding light
naked I weep again, as I always have wept.

Lullaby of the Onion

An onion is frost
shut tight and poor.
Frost of your days
and my nights.
Hunger and onion,
black ice and frost
large and round.

My child lay there
in his cardle of hunger
and nursed on
the blood of an onion.
But your blood
was a frost of sugar
an onion and hunger.

Dissolved into moon,
a dark-haired woman
lets trickle by trickle
spill over the cradle.
Little one, laugh,
you can eat up the moon
whenever you want.

Lark of my house,
laugh again and again,
Laughter's the light
of the world in your eyes.
Keep laughing so that
in my soul when it hears you
space will be conquered.

Laughter's your most
victorious weapon,
conquering flowers
and larks,
rivallilng suns,
future of all my bones
and my love.

Flesh quivering,
suddenly blinking,
child never blushed
with such color.
So many linnets
flutter, fly up
from your body.

I awoke from being a child:
you never waken.
My mouth is sad.
You always laugh!
In your cradle always
defending laughter
feather by feather.

Keep soaring so high
and so far
you become flesh
of the just-born sky.
If I could only
go back to the start
of your flight!

Eight months and your laughter,
five lemon blossoms.
Five of the tiniest
ferocities.
Those five teeth of yours
five adolescent
jasmines.

Tomorrow they'll arrive at
the frontier of kissing
when you will sense
in your teeth a weapon,
sense fire flow down
from those teeth
avidly seeking a center,

Little one, fly on
the double moon of the breast:
it, an onion sad and poor;
you, fed and content.
Do not falter.
Never mind what happens
or what's to come.

"[You tossed me a lemon, it was so sour]," Copyright ©2000 by Douglas Messerli. Printed by permission.

"[It kills me, you're so pure and chaste:]," "Child of the Night," "Lullaby of the Onion"
Reprinted from The Unending Lightning: The Selected Poems of Miguel Hernández, trans. by Edwin Honig (Riverdale-on-Hudson, New York: The Sheep Meadow Press, 1990). Copyright ©1990 by Edwin Honig. Reprinted by permisson of The Sheep Meadow Press.
Posted by greenintegerblog at 9:06 AM

Very nice =)
I've stared reading this because I was boring and alone in my Buenos Aires apartment, but I found it very interesting , and I wanted to thank you... So, thanks for sharing!!