Catherine Meng was born in Teaneck, New Jersey and raised in Newton, Massachusetts. 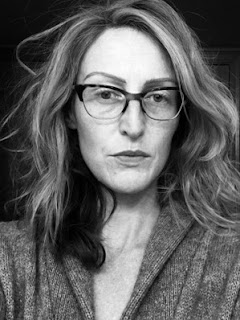 She has resided in Berkeley, California for the past nine years. With Lauren Levin and Jared Stanley she co-edits the poetry journal Mrs. Maybe.

Her first collection of poems, Tonight's the Night was published in 2007 by Apostrophe Books. She also has three chapbooks: 15 Poems in Set of Five, Dokument, and Lost Notebook w/ Letters to Deer. In 2013 she published as second book of poetry, The Longest Total Solar Eclipse of the Century.

The Circle of the Fifths

How you find the grit later in your mouth & wake into

your own enormity. How the work takes an unexpected amount of right turns

that run into the darkness & peter out under abandoned bridges.

To the Massachusetts from which I come, my brother-county racked by cobblestones

that left me sprained, I leave my brain

pull breaching trout from the surface.

The work is as barbarous as bookends. Waterspouts deviated by a tough wind,

as if we could jump up into our wings, hold a pitch to the point of ownership

& scatter as sure as light.

Though I was willingly broken by the grandeur, I made not one exception,

too taken by a trumpet taking stabs at Gershwin, the faults & repeats passing

in on a breeze. Yet I was often awakened by a horrid kind of surprise

into my primary image (a small brook that borders a deaf school).

Having worked a summer holiday for belladonna, I thought my sight was proof.

which formed a closed circle against the darkened faces of the crowd.

Yet I stared at a map for a year & could only remember the colors of countries.

through Colorado. Two days in, the toll mounted to unhumorous heights. 284

was lifted from the asphalt by a hawk just before the grille of the car. The work

Posted by Douglas Messerli at 1:50 AM