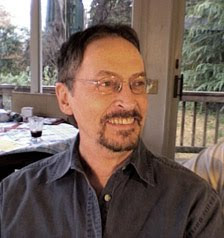 Terence Winch, originally from the Bronx, New York City, has lived for much of his life in the Washington, D.C. area. In the early 1970s he was associated with DC's "Mass Transit" poets and closely associated also with the New York writers connected with the Poetry Project at St. Mark's Church in lower Manhattan.

Winch, the son of Irish immigrants, has also been associated with the Irish-American literary and musical traditions. Some of his poetry and other writing takes its subject matter from his upbringing in a Bronx immigrant neighborhood.

Winch has published four books of poems, a collection of short stories, and a book of non-fiction pieces that center on his experiences playing traditional Irish music. His first poetry collection, Irish Musicians/American Friends (Coffee House Press, 1985), won an American Book Award and was the subject of a piece on NPR's "All Things Considered." His second book of poems, The Great Indoors (Story Line Press, 1995), as chosen by Barbara Guest for the Columbia Book Award. These collections highlight how Winch uses language in two distinct ways in his poetry—the plainspoken, flat narratives of Irish Musicians/American Friends and Boy Drinkers versus the denser, more structurally complex works in The Great Indoors and The Drift of Things.

Joan Retallack writes of his work: "The music, humor, flat-out declarative, highly nuanced formal tone of Terence Winch—too full of love to be ironic—is propelled in light-dark metacognitive play by an urgent desire of the mind."

His work is included in over 30 anthologies, among them The Oxford Book of American Poetry; Poetry 180: A Turning Back to Poetry; Great American Prose Poems: From Poe to the Present; From Totems to Hip-Hop: A Multicultural Anthology of Poetry Across the Americas; and three appearances in Best American Poetry. Winch has received an NEA Fellowship in poetry, as well as grants from the DC Commission on the Arts, the Maryland State Arts Commission, and the Fund for Poetry.

I waited too long. Everything I did was wrong.
I didn't know how to make sense of time.
I have no idea where I was when Kennedy was shot.
What you didn't see is what you got.

So I came down here to be alone with the phone.
I was sick to my stomach, waiting for your call.
I used to drink red wine and eat cheese in cheap hotels.
Bite off more than you can chew, then swallow it.

Everyone waves goodbye to me, even though
I have no plans to go. I am waiting for the snow.
I hate the spring. I don't want anything to grow.
The apple falls far from the tree.

We are told that light is too far away to see.
You cannot hide any more in the refrigerator.
The neighbors will never learn their lesson in the dark.
People in glass houses continuously walk around in circles.

So fare-thee-well, valiant comrades of the revolution.
We all showed up for the rally that night with our guitars
and sang a Joan Baez song about rivers and stars.
Give a man a fish that will last forever.