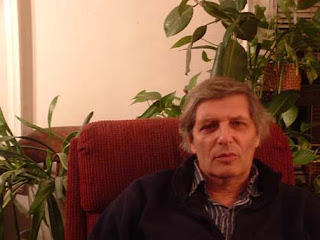 Lewis Warsh was born in the Bronx, New York, and has lived in New York City for most of his life. He graduated from City College of New York with a B.A. in English in 1966 and an M.A. in English in 1975. Since 1984 he has taught creative writing and literature at Queens College, Fairleigh Dickinson University, Naropa University, SUNY Albany, The New School and The Poetry Project. He is presently an Associate Professor in the English Department at Long Island University in Brooklyn, where he is co-director of the graduate program in creative writing.
From 1966-1975, Warsh edited and published Angel Hair magazine and books, which he co-founded with Anne Waldman. From 1977-1983 he co-ed United Artists magazine with Bernadette Mayer, and since 1984 he has been editor and publisher of United Artists Books.
He has published numerous books of poetry, including Dreaming As One (1971), Blue Heaven (1977), Methods of Birth Control (1983), Information from the Surface of Venus (1987), Avenue of Escape (1996), and The Origin of the World (2001). He has also published three novels, Agnes & Sally (1984), A Free Man (1991) and Ted’s Favorite Skirt (2002); three books of stories, Money under the Table (1998), Touch of the Whip (2001) and A Place in the Sun (2010); and three books of autobiographical writing, Part of My History (1972), The Maharajah’s Son (1977) and Bustin’s Island ’68 (1996). He has collaborated with Julie Harrison on a book length poem, Debtor’s Prison (2001), and is co-editor of The Angel Hair Anthology (2001).
Warsh has received grants from the National Endowment for the Arts, The New York Foundation of the Arts, the CAPS Foundation and The Fund for Poetry. He also received the Jerome J. Shestack award from The American Poetry Review and was one of the first recipients of an editor’s fellowship from The Coordinating Council of Literary Magazines.


I make you this world out of boxes
an escaped prisoner, no, but the artifice swells
it catches me at midnight
as I answer the call

& listen to the thud of steps down
occult pathways, into rooms
that resist decipherment where
an angry doctor tenders his scalpel