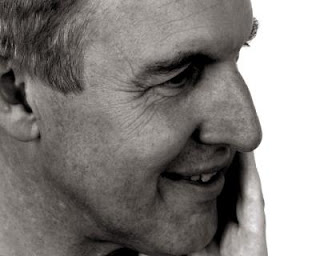 Born in Birmingham, United Kingdom, Ian Seed spent his childhood in Yorkshire, Wales and Leicestershire. He gained a B.A. Honours Degree in Philosophy from Nottingham University in 1979. For more than twenty years, he worked in Italy, France, and Poland as a teacher, translator, technical writer, and project manager. He returned to the United Kingdom to take an M.A. in Creative Writing at Lancaster University in 2003, and he now teaches poetry and creative writing.
Seed began publishing poems in magazines in 1974 while still in high school. His first collection was Into Rolling Red, 1975. This was followed by Excerpt, 1979 and Flung into Dust, 1980. He began writing prose poems in 1981 and published A Man of Some Influence in 1987. There was a long gap until The Stranger appeared in 2000 and Rescue in 2002.
His future plans for publication include a book-length sequence of innovative prose poems and a translation of Pierre Reverdy’s Le Voleur de Talan.
Ian Seed’s poems, stories, and reviews have appeared in dozens of magazines in the UK, US, and Italy, and his work has been translated into Dutch.
Seed is the editor of Shadowtrain (www.shadowtrain.com), an on-line poetry magazine.

The hand moves away, contemplating the end of the tunnel, abandoning the page in a hotel room. No time but dust on water in a glass, the imperfection of paradise, to be cut where cut is possible. The difference resides in feasibility, rife with forgetfulness, swept away knowledge. The blue of the eyes sharpened by a thick dark beard are strangely familiar. It doesn't have to be like that. The insight disappears on waking. Persistent otherwise, the room is renumbered, a cave of hair around him. And that one there, when you were another, pale brown light, ash down to where you could be forgiven. Nothing to be renamed in spite of this, nothing outside the room.