Born Harry Grew Crosby in 1898, Crosby was raised in Boston’s Back Bay neighborhood, the son of one of the richest banking families and nephew to financier J. P. Morgan. It was expected that he would continue in the family business, but the young Crosby, after graduating from the exclusive St. Mark’s prep school, broke family tradition, volunteering instead for the American Ambulance Corps. Crosby was cited for bravery after the Battle of Orme, and in 1919 was awarded the Croix de Guerre. 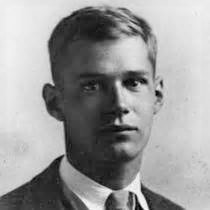 Returning to Boston to attend Harvard, he met Polly Peabody, herself of a wealthy background, and immediately fell in love. Peabody, however, was already married. The scandal of her divorce and their trans-continental affair and marriage in 1922 shocked proper Boston society, and helped to determine Crosby’s expatriation to Paris.

In Paris Crosby convince Peabody to change her name to Caresse and himself began on a life of womanizing, drinking, gambling, and general dissolution that characterized several wealthy Americans living in Europe, Cole Porter, F. Scott Fitzgerald, and Gerald Murphy among them. After working for a brief time in his uncle’s Paris bank, Crosby determined to become a writer, and in 1928 inherited his cousin Walter Berry’s collection of more than 7000 books. After having read them, Crosby gave most of the books away, even sneaking them into used bookshops. The year before, he and Caresse founded Black Sun Press, which produced most of Crosby’s own publications as well as those of numerous American poets and French authors of the late 1920s.

Much of Crosby’s poetry dealt with mythological and archetypal imagery, particularly with Crosby’s image of the sun as a powerful force tying together life and death. For Crosby the sun also represented sexual forces which he played out in his numerous affairs with women, with which several of whom he had made suicide pacts. 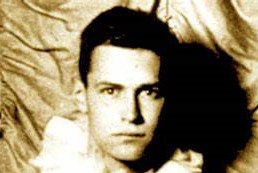 As his poetry of the late 1920s became more and more innovative and influential, his own personal life moved toward spiritual obsession. During this same period Crosby began to experiment with photography and wrote some of his most important books, including Transit of Venus (poems inspired by his affair with Josephine Noyes Rotch), Mad Queen, The Sun, Sleeping Together and his autobiography, Shadows of the Sun.

In June of 1929, Josephine and his affair had been nearly severed, and she married Albert Smith Bigelow. But in December of that year, Crosby and Josephine met again in Detroit, checking in to a hotel under the name of Mr. and Mrs. Harry Crane. A few days later the couple returned to New York, where they agreed that Josephine would return to her husband in Boston. That evening Hart Crane threw a party for Harry and Caresse, who were returning to Paris.

Josephine, in the meantime, did not return to her husband but delivered a poem to Crosby at the Savoy-Plaza Hotel that ended: “Death is our marriage.” On December 10th, Crosby and Josephine were found together in a bedroom, dead. Apparently after shooting Josephine, Crosby shot himself to carry out the suicide pact the two had made.

The discovery of their bodies is described below:

“On the evening of the play, December 10, 1929, Caresse, Crosby's mother Henrietta Grew, and Hart Crane met for dinner before the play, but Crosby was a no-show. It was unlike him to worry Caresse needlessly. She called their friend Stanley Mortimer at his mother's apartment, whose studio Crosby was known to use for his trysts. He agreed to check his studio. Mortimer had to enlist help to break open the locked door and found Crosby and Josephine's bodies. Crosby was in bed with a .25 calibre bullet hole in his right temple next to Josephine, who had a matching hole in her left temple, in what appeared to be a suicide pact. Crosby was still clutching the Belgian automatic pistol in one hand, Josephine in the other.

The steamship tickets he had bought that morning for the return to Europe with Caresse were in his pocket. The coroner also found in his pocket a cable from Josephine addressed to Crosby on the RMS Mauretania. The coroner reported that Crosby's toenails were painted red, and that he had a Christian cross tattooed on the sole of one foot and a pagan icon representing the sun on the other.

Crosby's wedding ring was found crushed on the floor, not on his finger, where he always promised Caresse it would remain.”

O ye who claim to be our loyal friends

Come now and build for us a funeral pyre,

And lay our emptied bodies on the fire,

Pray for our souls, murmur your sad amens;

And while the gold and scarlet flame ascends

Let he who best can play upon the lyre,

and when at last the embers growing cold

Gather ye up our ashes in an urn

Of porphyry, and seek a forest old

There underneath some vast and mighty oak

choose ye our grave, spread over us a cloak

Of woven violets and filmy fern.

Short Introduction to the Word

Take the word Sun which burns permanently in my brain. It has accuracy and alacrity. It is a monomaniac in its intensity. It is a continual flash of insight. It is the marriage of Invulnerability with Yes, the Red Wolf with the Gold Bumblebee, of Madness with Ra.

I understand certain words to be single and by themselves and deriving from no other words as for instance the word I.

I believe that certain physical changes in the brain result in a given word—this word having the distinguished characteristic of unreality being born neither as a result of connotation nor of conscious endeavor: Starlash.

Fragment of an Etude for a Sun-Dial

on a wooden dial

in the garden of an old castle

(dumb when the Sun is dark)

on a pillar dial

(Blessed be the name of the Sun for all ages)

on the wall of an imaginary house

date October Seventh 1927 are on the face)

(true as the dial to the Sun)

on a small stone dial

over the door of a farm

on the exterior of a ring dial

worn on the finger of the Princess Jacqueline

on the dial on the south wall

(the Sun is the end of the journey)

and thee is a second dial

on the north tower

(I tarry not for the slow)

over an archway in a stableyard

(I am the infallible measure of the time)

in a garden in Malta

on a dial at Versailles

on an old Spanish dial

railroald line having been taken through the

garden where it stood)

on the wall of the

on a small brass dial in

on a silver dial in the

on a gold dial on the

soul of a Girl

(and the sun shone)

on a dial placed upon the

deck of the Aeolus

in the harbor of New London

on a dial placed upon the

deck of the Aphrodisiac

in the harbor of Brest

on a dial placed upon

the deck of the Aurora

in the harbor of my Heart

on pyramids of stones

on upright stones in

on bones white-scattered on the plain

the white bones of lions in the sun

the white lion is the phallus of the Sun

on the dial of Ahaz who

on a rude horologe in Egypt

(“as a servant earnestly)

on the eight dials of

the Tower of the Winds at Athens

unburied from the ground

on the twin sundials on

the ramparts of Carcassone

on the pier at Sunderland

(and where is the sound

on the sun-dials on the mosques

in the Great Square of

the City of Mexico

into the walls of

on the dial of the Durer Melancholia

(above the hour-glass and near the bell)

on the white marble slab

which projects from the

on the Grand Canal Venice

on the dial of the Cathedral at Chartres

(“the strong wind and the snows”)

on a bedstead made of bronze

(and Heliogabalus had one of solid silver)

on a marriage bed

in a death bed

on a flower bed

on a bed of mother-of-pearl

on a bordel bed

on a bed of iniquity

on a virgin bed

on a bed or rock

To God the Sun Unconquerable

to the peerless Sun, we only

to many a, and many a maid

we are not naming

to whom was given

(be as wax to flaming)

we poets in our desire

wear the rose of what he steals from her

learning in the freshness of

cry in your sleep and implore

cry as the door to the wind

cry for the touch of the snow upon snow

cry of the things that you fear

cry in the darkness a distant

dream in my ear

Posted by Douglas Messerli at 2:14 AM