Elizabeth Willis was born in Bahrain and lived for many years in Wisconsin before moving to western New York to study at SUNY Buffalo, where she completed a Ph.D. in Poetics in 1994. She taught at various venues in New York, Rhode Island, and California before becoming Poet in Residence at Mills College from 1997 to 2002. Since 2002 she has taught creative writing and literature at Wesleyan University.

She is the author of four books, beginning with a book-length poem entitled Second Law in 1993. Her second book, The Human Abstract, was selected for the National Poetry Series in 1994. Turneresque followed in 2003, and her Meteoric Flowers, was published by Wesleyan in 2006. 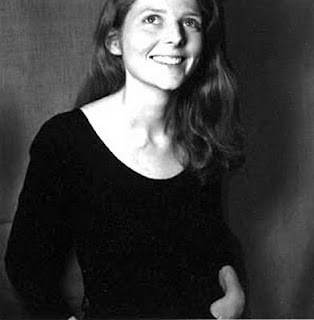 Willis’s early honors and awards include a poetry residency with Just Buffalo Literary Center and a Walter N. Thayer Fellowship for the Arts. More recently she has been awarded a grant from the California Arts Council, a fellowship from the Howard Foundation, and a residency at the MacDowell Colony. She has held teaching residencies at University of Denver, Brown University, and Naropa University.

Beyond her dissertation on Pre-Raphaelite aesthetics, she has written criticism on 19th- and 20th-century poetry, focusing on the intersections of public and private life, the effects of political and technological developments on poetic production, and the relation of contemporary poets to their predecessors and sources.

While Willis’s poetry is grounded in an intense lyricism, her most recent projects have explored more directly the possibilities of prose poetry and hybrid genres with their explicit push against the limits of representation. Turneresque addresses visual sources that range from the Romantic sublime to film noir. Inspired in part by the inter-discursive collisions of Erasmus Darwin’s Botanic Garden, Meteoric Flowers, from which “Rosicrucian Machinery” is taken, mixes pastoral romance with a critical engagement in the turbulent language and experience of contemporary culture.

In 2008, Willis edited Radical Vernacular: Lorine Niedecker and the Poetics of Place.

For a series of recorded readings by Elizabeth Willis, click below:

Scudding past fancy lights, I’m writing toward your face. If pages enter, they do it with my blessing. There’s no limit to the boy car, its floating night. Noise is noise. Such a you, buying dynamite, rustling in gauze. Don’t speak till sound has eclipsed its idea, your thoughts are on the phone. Sure I’d like a lake, but do we need all ten thousand? The mind can fit just one, well placed among its cabins. How big is our room if we can’t see its edges? Steer that boat toward me like you hope to arrive.

Posted by Douglas Messerli at 2:07 AM