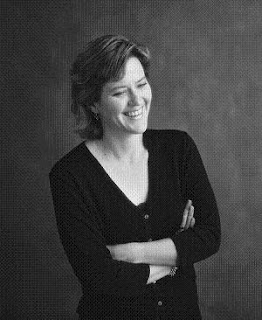 
Elizabeth Robinson was born—a month prematurely while her mother was on duty as an obstetrical nurse—in Denver, Colorado. She grew up mostly in southern California and earned a B.A. in psychology and literature at Bard College and an M.A. in creative writing at Brown University. She has lived variously in southern California—where she lived and worked in an inner-city intentional community devoted to racial reconciliation—Oklahoma—where she worked first as a faculty member at the University of Oklahoma and then as a chaplain—and other places such as New York, Chicago, and the San Francisco area. After making her home in the Bay Area for almost fifteen years, Robinson moved in 2004 to Boulder, Colorado, where she worked for a period as professor in the creative writing program at the University of Colorado.


Robinson’s first publication was a chapbook, My Name Happens Also, published by Burning Deck Press. Full length collections came out from paradigm press, In the Sequence of Falling Things, and Kelsey St. Press, Bed of Lists, in 1990. A ten year gap in publications followed, during which time Robinson studied theology at the Pacific School of Religion, earning a Master of Divinity and an M.A. in bioethics.


At the end of that time, two books which focus on and interrogate religious material, particularly biblical texts, were published: Kelsey St. Press published House Made of Silver in 2000, while in 2001, Omnidawn Press published Harrow. In 2002 Robinson won the National Poetry Series for Pure Descent, published by Sun and Moon Press. Selected by Fanny Howe, this book continues a quasi-theological inquiry. In 2003, Robinson won the Fence Modern Poets Series with Apprehend, a book which reinterprets fairy tale material. Apogee Press published Apostrophe, a book which consists of elegies for a lost friendship, in 2006. A collection of lyric meditations on domestic intimacies, Under That Silky Roof, also appeared in 2006. Since then, Robinson has continued to published new works such as The Orphans and Its Relations, Counterpart, Blue Heron, and On Ghosts.


Besides the awards already mentioned, Robinson has received a MacDowell Colony Fellowship, a grant from the Fund for Poetry, and the Baxter Hathaway Prize for a long poem, awarded by Epoch Magazine.


In her introductory remarks to Apprehend, poet Ann Lauterbach writes: “Elizabeth Robinson reminds us to wonder and, in wondering, to experience wonder as the fault line between how the world is and what we apprehend in and of it.” Robinson is herself concerned with reexamining the world as it is conventionally perceived so that it can be mined for alternated possibility; her strategy is to proceed lyrically but with lyric circumspection. Perhaps a good analog would be with postmodern atheology which invites erring—a randomness of intention that permits surprise and serendipity while still pursuing possible ethical finer and toe-holds onto the precariousness of experience. Robinson, however, strongly dislikes the designations of “spiritual” or “religious” poet which tend to reduce the kind of inquiry that she feels it is possible—and necessary—to make in poetry.
Robinson currently teaches at Naropa University in Boulder.


The body collects aphorisms, as though it were a jar.

that is the world: secured so, and palely organized

according to mysterious function.

I step forward from the system to confess

that I no longer want to whiten

the mystery. I had once carried

wind blowing. But no more this obscurity.

The body was once fair and loved its excess,

a beauty of retrieval. But in so saying, it has

left itself behind, wan

and partial. The speck called

real shrinks in proportion to the truth

said on it. And willowy body can apportion

its grace to curve even around so small

a think as this. Benediction or chastisement.

That is, function and vocation fight,

physically: I lick myself. I apply tongue

to disappearance. Work and works.

Who was it that mentioned the knife. The sharp

pale paint that the tongue distributes.

Function cuts away the wind, and therefore:

resurrection. And did you know the body

was dead? The real, surrounded by its works,

refers back to the clear container. This term, body,

bleached with overuse, but endlessly flexible

riddle is cheek by jowl with question.

I recruit myself as transparent. The real

and its systems forever abating. The mystery

arouses the blade to its calling.