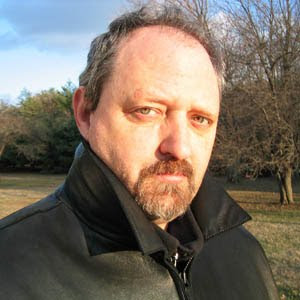 David Levi Strauss was born in Junction City, Kansas in 1953, and grew up just down the road in Chapman, where his grandfather was a blacksmith and his father a mechanic. His mother, Viola Lee, worked as a secretary for the local school district. After writing and distributing a political tract critical of the school’s administration, he was denied a high school diploma, but enrolled in Kansas State University anyway, where he spent two years studying political science and philosophy before being asked to leave after organizing a march on the ROTC building to protest the Cambodian bombings and a student strike to protest the firing of a radical history professor. At age 19, he traveled around the world on a floating university, collecting children’s art in Japan, China, Indonesia, India, and Africa, and studying the radical pedagogy of Paulo Freire. After returning to the US, he studied philosophy and photography at Goddard College in Vermont, and at Visual Studies Workshop in Rochester, New York.
In 1978 he moved to San Francisco, where he studied in the Poetics Program at New College with Robert Duncan, Diane di Prima, Michael Palmer, David Meltzer, and Duncan McNaughton, and edited and published ACTS: A Journal of New Writing (1982-90). ACTS published books on Analytic Lyric (1987), Jack Spicer (1987), and Paul Celan (1988), all co-edited with Benjamin Hollander.
In 1993 he left San Francisco for New York’s Hudson Valley, where he now lives with his wife, the artist Sterrett Smith, and their daughter Maya.
He is the author of two books of essays, Between Dog & Wolf: Essays on Art and Politics (Autonomedia, 1999) and Between the Eyes: Essays on Photography and Politics (Aperture, 2003), and Broken Wings: The Legacy of Landmines (in Cambodia and Mozambique, with photographer Bobby Neel Adams). His essays have also been published in a number of recent books, including monographs on Carolee Schneemann (Cambridge & London: MIT, 2002), Leon Golub and Nancy Spero (NY: Roth Horowitz, 2000), sculptor Donald Lipski (Vienna; Bawag Foundation, 1999), photographer Francesca Woodman (Zürich: Scalo, 1999), Brazilian artist Miguel Rio Branco (NY: Aperture, 1998), Alfredo Jaar’s works on Rwanda (Barcelona: Actar, 1998), and the sculptor Martin Puryear (Milan: Electa, 1997). His writings on aesthetics and politics have been translated into thirteen languages. In 2003-04 he received a Guggenheim fellowship to work on his next book, Image & Belief. He currently teaches in the Graduate School of the Arts at Bard College and in the new graduate program in Art Criticism and Writing begun by Tom McEvilley at the School of the Visual Arts in New York City.
In his introduction to Between the Eyes, John Berger wrote, “Strauss, who is a poet and storyteller as well as being a renowned commentator on photography (I reject the designation critic) looks at images very hard . . . and comes face-to-face with the unexplained. Again and again. The unexplained that he encounters has only little to do with the mystery of art and everything to do with the mystery of countless lives being lived.” And Luc Sante wrote, “David Levi Strauss brings an eloquent and deep moral seriousness to his examination of photography. Again and again he makes the ringing point that trying to separate aesthetics and politics can only result in vacuity. He is photography’s troubled conscience.”


Du lebst zu naha ans Wasser
she said—“You live too close to the water,”
And she was right, again,
from the Smoky Hill to the Snake to the Hudson,
the water comes unbidden and fierce,
for common sadness, Twin Towers,
and the unforgiving.

In the last weeks, the skin
of her face stretched taut
against her skull, and
all superfluity was burned away.

It was her true face,
never before seen
in this world,

As radiant,
and singular,
as the Sun.