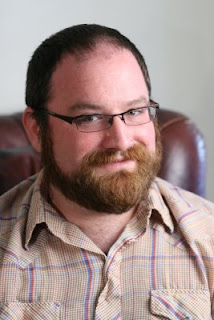 Born in Athens, Georgia, Brian Teare spent almost all of his first twenty-two years in Tuscaloosa, Alabama, where he earned his B.A. in English and Creative Writing from the University of Alabama. After receiving his M.F.A. from Indiana University, he moved to the San Francisco Bay Area to attend Stanford University and now teaches literature, theory and creative writing in the Graduate Writing Program of the California College of the Arts and the Writing and Consciousness Program of the New College of California. He lives and writes near Lake Merritt, in Oakland, California.

His first book, The Room Where I Was Born, won both the 2003 Brittingham Prize and the 2004 Triangle Award for Gay Poetry, and his recent poetry and criticism have appeared in such journals as Boston Review, How2, VOLT, Verse, Poetry Flash, New American Writing and Ploughshares, as well as the anthologies Legitimate Dangers: American Poets of the New Century and Joyful Noise: An Anthology of American Spiritual Poetry. His poetry has been awarded National Endowment for the Arts, Wallace Stegner and MacDowell Colony Fellowships. Recent chapbooks include Pilgrim (2004) and Transcendental Grammar Crown (2006).

Of his most recent work, he writes: “In one reading of Emerson, the material world is a certain catapult for the individual soul toward otherwise, a source of metaphor for how the theological and self-reliant mind converses with divinity. In one reading of Dickinson’s prosody, she knits into her grammar the impossibility of the material world remaining consonant with theological readings of it; her dashes juxtapose materiality with abstraction, here yoking Eternity to image, there keeping the planes of matter and Ideal from touching. One could say that in Dickinson’s prosody, Emerson’s Ideals meet a kind of Modernism, a ‘Blue – uncertain – stumbling Buzz’ interposed ‘Between the light – ' and the transcendent self. In my most recent work, I’ve been interested in writing directly from the crush of matter against reason, and in poems like ‘The Word from His Mouth, It Is Perfect,’ juxtaposing faith with a particularly queer and gnostic materiality in order to explore, through aural and formal structure, how prayer is etymologically the root to precarious.”

The Word from His Mouth, It Is Perfect


as when afterward blood returns its stir
to the ear


though his salt still haunts the mouth


it is said
God spoke to matter


during creation
what was asked of it


and what sound came after
what remains remembered in flesh


is it longing
is the birch its shape


curled bark a presentiment of pain
its whiteness


“alone” is surely the reliquary


is the bones I keep
behind words’ closed cold carved doors


carried for the marriage of what turns
away soon


I will have to find my way alone


if I could bequeath to the compass
headed west


if matter is the first
martyr there is


nowhere left to go
hear me


the saint in my language suffers no name