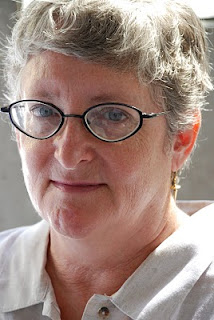 Born in Bryn Mawr, Pennsylvania in 1945, Barbara Maloutas, the eldest daughter of a line of eldest daughters, was born of Quaker stock on her mother’s side and into the Catholic tradition of her father’s Irish family. Her father was a security director in Europe for ITT Industries, a global engineering and manufacturing company, so many of her younger years were spent abroad.
From 1963 to 1969, Maloutas was a member of a religious community that ran hospitals and medical training centers around the world. Working in the art department of the order, she also studied at the Philadelphia College of Art, majoring in graphic design and photography. From 1970 to 1975 she worked on her Masters Degree at the Algemeine Gerwerbeshcule in Basel with Armin Hoffman and the influential typographer, Wolfgang Weingart.
In 1972 she met the Greek businessman, Paul Maloutas in Brussels, and they were married in Switzerland, spending time over the next several years in both Switzerland and Greece. Upon returning to the United States, she helped her husband run a wholesale travel company, the main destination of which was Greece; so the couple continued with close relationship with that country. They retain an apartment in Athens and property in Ermioni on the Peloponessos.
In 1988, Maloutas began teaching design and typography at Otis College of Art and Design in Los Angeles, and in 1996 became Assistant Chair in the Communication Arts Department. She started writing during the years she was studying design in Basel, Switzerland, and in 1994, while working at Otis and attending classes there, she had begun writing poetry and composing artist books. Her work has been published in several journals, including American Tanka, Aufgabe, Free Verse, Segue and Tarpelin Sky. Her first book of poetry, In a Combination of Practices was published by New Issues Press, and a chapbook, Practices, was published by The New Michigan Press.

Practices (Grand Rapids, Michigan: 2003); In a Combination of Practices (Kalamazoo, Michigan, 2004) ; Of Which Anything Consists  (Tuscon, Arizona: New Michigan Press, 2011)
Posted by Douglas Messerli at 7:45 AM