Born in Lwów, Poland (now Lviv, Ukraine) Adam Zagajewski was relocated with this family to western Poland shortly after his birth. He spent much of his childhood in Gilwice in Silesia.

Zagajewski was an editor of the cultural weekly Student and wrote also for the dissident monthly Zapis before becoming a co-founder of the important "Generation of 1968" group called Teraz (Now). These activities resulted in a ban on his publications, forcing him to move, for a period, to Berlin—where he was awarded a DAAD scholarship—and, in 1982, to Paris. In 1974 he and fellow poet Julian Kornhauser won the Koscielski Award for a collection of essays they wrote together. 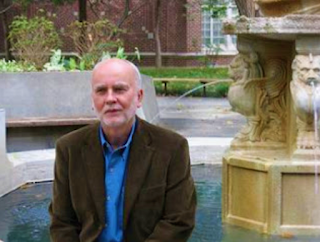 His first collection of poetry, Komunikat (Announcement) was published in 1972, followed by the 1975 collection Sklepy mięsne (Meat Shops). Also in 1975 Zagajewski published a novel, Clepto, zimno (Warm and Cold). During this same period several of collections of poetry begin being published internationally, including the United States.

For a selection of his poems and another biography, go here:

Posted by Douglas Messerli at 3:12 AM

Your blog is very interesting, good job! I am a new blogger and because of my love for Santorini (a Greek island) I started my blog, Santorini Greece. Check it out.