Born and raised in South Central Los Angeles, Will Alexander grew up around the violence that has plagued this area for decades. The only child of working-class parents, he attended Washington High School, avidly participating in school sports. In 1972 he graduated from the University of California Los Angeles with a Bachelor of Arts degree in English and Creative Writing.

In the mid-1970s the noted Black poet, K. Curtis Lyle, a founding member of the Watts Writers Workshop, met with Alexander and others at his home and at an incense business run by musicians Ray and Ernest Straughter. This period was also marked by a twelve-hour dialogue in San Francisco with the surrealist poet Philip Lamantia which had an enormous effect on him. Through those gatherings Alexander began confirming the power of works of his readings of Bob Kaufman, Octavio Paz, and Francophone Negritude writers such as Aimé Cesaire and Jean-Joseph Rabéarivelo--all poets who would strongly influence his subsequent poetry and, later, the visual art he had begun creating. Their themes of cosmic isolation from society and interior discovery strongly affected him, and helped him to what he describes as an “alchemical metamorphosis,” which drew him away from his intense involvement in sports to his participation in the arts. 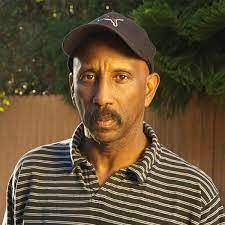 In 1987 he published his first book, Vertical Rainbow Climber, which already contained the heady mix of metaphor and sophisticated language that characterizes so much of his work. A short chapbook, Arcane Lavender Morals, followed in 1994, with new books-including The Stratospheric Canticles, Asia & Haiti, Above the Human Nerve Domain, and Towards the Primeval Lightning Field following throughout the 1990s. In 2009 New Directions published Alexander's collection of poetry, The Sri Lankan Loxodrome. His writing represents a complex distillation of images from many fields, including botany, astronomy, psychology, physiology, mysticism, and history. He has also written fictions, plays, conversations, aphorisms, and collections of essays such as Towards the Primeval Lightning Field (1998 / 2014), Sunrise in Armageddon (2006), Inalienable Recognitions (2009); On the Substance of Disorder (2010); Diary as Sin (2011); Inside the Earthquake Palace: 4 Plays (2011); Mirach Speaks to his Grammatical Transparents (2011); Singing in Magnetic Hoofbeat: Essays, Prose Texts, Interviews and a Lecture 1991–2007 (2012); The Codex Mirror: 60 Drawings by Byron Baker & 60 Writings (2015); Alien Weaving (2016); Secrets Prior to the Sun (2016); At Night on the Sun (2017); Across the Vapour Gulf (2017); Phosphenic Threadings (2018); A Cannibal Explains Himself To Himself (2019); and The Contortionist Whispers (2022).

For a large selection of Alexander's readings on tape, click below:

become known as that anonymous

we the pressure & the cyclone of Haiti

with claustrophobia by scarab

we who’ve taken spikes from our entrails

from suns we’ve had exploded in our nostrils

we who were spawned in harassment

we who swelter in cold & heatless malachite

above burning shells of crab

above a flood of random burial law

it is we who speak

with a sun of splinters spewing from our heart

from our thorax burning with intestinal moray explosion

the Africa of Songhai & Mali

the first gatherers of wool

in a ruptured lightning gorge

beyond the Tontons & their terror

& the microbes & their seas

in the bloodless heat of whispers

whenever the crops boil & disease themselves as acid

there is malaria by forgery

as if treachery had been launched

throughout a shadow of bodies

throughout the reign of ominous modernity

where we shift between sulphur & limbo

there is a discourse of bodies

of chaparral by misnomer

by the very principle of pain

as for the souls of our two former killers

with his rotted & greenish blood

ailing in her rubies & bones

with every quarter of their accursed mandibles

with every despicable vibration as owls

their veins as leopards turned around in a mirror

grown from themselves lashing out as monsters

we see them now

throughout a wrenching prolapse through the kingdoms of hell

caged by the demons

within the macerated bones of mutual self-bleeding...

he is not an urn singer

nor does he carry on rapport

with negative forces within extinction

he is the brush fire singer

who projects from his heart

the sound of insidious subsduction

of blank anomaly as posture

of opaque density as ash

he distanced from prone ventriloqual stammer

where the spires are butane

where their photographic fractals are implanted with hypnosis

because he allegedly embodies

posing like a tempest in a human chromium palace

a dazed simoom in a gauntlet

a blizzard of birds burned at the touch of old maelstroms

because he gives off the ordour of storms

like a sun that falls from a compost of dimness

out of de-productive hydrogen sums

out of lightless fissures which boil outside the planet

he sings at a certain pitch

which has evolved beyond the potter’s field

beyond a tragic hummingbird’s cirrhosis

under certain formations of the zodiac he is listless

he intones without impact

he synodic revelations no longer of the law

because he sings in such a silence

that even the Rishis can’t ignore

the hollow power which re-arises from nothingness

like a vacuum which splits within the spinning arc of an

such power can never be confusedly re-traced

so that each viral drill

beyond the grip of a paralytic nexus

beyond the magnet of volume

where the nerves no longer resonate

inside an octagonal maze

stung at its source by piranhas

Inside the Ghost Volcano

With the body of a morbid hanging doll

by the sun in its primordial morass

summoned from a spectral locust feast

as if a spectrum had been transmogrified

across the sum of exploded solar windows

amidst motions of viral infamy

as one listens to fire

so that each image is shifted

between gales & the apparition of gales

cease to condense as forms of the earth

but take on the body of enigma as transparence

as blackened meteor in abstraction

the sun no longer quantified

which ceases to quarrel

with the magic of fragment as schism

as a power cast before oasis

because the game dogs

spun as a wakeless ocular thirst

as a conjured distance

evolved from the force of a aclarified activity

as scale which looms as humidity

then the eyes always focused

as pleas for hushed exhibits

These dense geranium surges of thought

concerned with the coronal aspects of contingency

these sabbatical athanors in which nothingness looms

without the doctrinal plummage of a fixed event

without the mesmeric square of Talmudic rigidity

when one is transfixed by intention

by the Messianic force fused with the illusive intensity

shot into the grainy broach of nothingness

there exists the sense of bleached equators

the suicidal aching of secondary sunfish

one then gives off the odour of a pentacostal heresy

& one no longer lives in an aura of the weakened

facing the electrical debris of an ochlocracy in pain

staggered by the knife of its own surgeon’s riddles

by a rabid scalpel cutting at its ribs

by a deboned pleurisy rumbling in its vision

as I reach into this nothingness

I am abandoned by associates

psychically spat upon by contemporaries

against one condemned by the interests

of the secular nerve field

with an intense circulation of acid in the veins

so everything that I snare

always half plunged into eclipse

an analysis of my own achievement

which ironically has no power to engulf me

so I remain suspended

between light & the imageless arcana of extinction

as to my name

it has become an exploded ravens’ dyscrasia

walking around with my eyes

with my bones squirming at an angle of pathological

a cauldron of metacarpel tsunamis

I feed on the carking magnificence of lonliness

on the nomadology of cacti & sores

I count my companions as enemies

those obedient nomenciator’s covering up those abbreviated

prolusory murders of the spirit

as one given up to the guerilla domain of

I am always a figure

a metal hormone found in a basket

on both sides of my eyes a parenthetical numbness

a painful but voided exogen climaterics

in which I wander through intensive flytrap grasses

weaving myself to death while humming in-doctrinal ballets

or a metamorphic anagram

spying on shapes in the darkness

(from Impulse & Nothing, unpublished)

“The Impalpable Brush Fire Singer” and “Inside the Ghost Volcano”

Reprinted from Above the Human Nerve Domain (New York: Pavement Saw Press, 1998). Copyright ©1998 by Will Alexander. Reprinted by permission of the author.

Reprinted from the manuscript, “Impulse and Nothingness,” unpublished. Copyright ©2004 by Will Alexander. Reprinted by permission of the author.

Posted by Douglas Messerli at 1:14 AM

Hello,my name is Luca Paci. I translated La ragazza Carla by Elio Pagliarani into English. Would you be interested in publishing some extracts on your blog?
Thanks Luca

Just came across this page as I'm preparing to share Will Alexander's Compression & Purity with students in a poetry writing class. Each time I read or hear Will's work, it's a wonder, an opening, perhaps, as he might say, the "I being blur who shapes the empyrean"

Thanks for posting this page, and this blog.