José Garcia Villa was born in Manila in the Philippines in 1908, a grew up the son of a physician who participated actively in the Revolution of the late 19th century against the Spanish domination of the Philippines. The father, who with the Revolution’s collapse, had become what writer Nick Joaquin has described as “a grim, silent man,” disapproved of his son’s artistic activities. The young Villa grew more and more interested in painting and, as he began medical studies at the University of the Philippines, in writing. As a sophomore in the university, Villa wrote a collection of sexual lyrics, Man Songs, that were so controversial—and successful—that he was expelled from the university for obscenity. An award from the Free Press, however, allowed him to leave home; he emigrated to the United States, studying first at the University of New Mexico, where he edited an avant-garde publication, Clay.

Villa soon moved on to New York City, where he attended Columbia University, and where, except for a brief return to the Philippines in 1937, he would remain for the rest of his life. 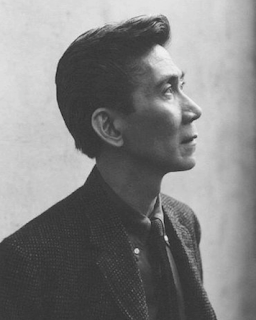 In 1933 he published a collection of short stories, Footnote to Youth: Tales of the Philippines and Others. But it was only in 1942, with the publication of his second poetry collection, Have Come, Here Am by Viking Press, that he gained international notoriety. By that time the Philippines, involved in World War II, was basically isolated from the world, and Filipinos discovered this publication only after liberation. Honors and fellowships soon followed, including a Guggenheim grant, the Bollingen Prize, and membership in the American Academy of Arts and Letters. Dame Edith Sitwell had taken up his cause and recommended him as “A poet with a great, even an astonishing, and perfectly original gift.” Villa also corresponded with and ultimately met regularly with the poet E. E. Cummings.

In the preface to his 1949 collection, Volume Two, published by New Directions, Villa explained a new development in his poetics, the placement of commas after every word which the poet argued regulated “the poem’s verbal density and time movement: enabling each word to attain a fuller tonal and sonal value, and the line movement to become more measured.” Thereafter, Villa would be described as “the comma poet.” In 1959 he was awarded an honorary doctorate in literature in his homeland’s Far Eastern University, and he briefly considered returning permanently to the Philippines.

Although Villa had now become a near legendary figure, during his later years he was increasingly isolated from the more traditional literary scenes. Although he regularly haunted Greenwich Village institutions such as the White Horse Tavern, Villa met more commonly with other Filipino writers, and it is only recently that his work has been rediscovered, most notably through the Kaya Press publication of The Anchored Angel.

Poems from The Anchored Angel

To, create, suspense. A return,

Crystal, and, clear, upon, the, keys.

Playing, what, they, play.

Playing, what, they, are.

Playing, the, sound, of, Identity.

In my desire to be Nude

I clothed myself in fire:—

Burned down my walls, my roof,

Burned all these down.

With only His Hand to find

To hold me beyond annul.

Found the Hand to hold me up!

And waved me all over the world.

Now I will tell you the Future

Of God. The futue of God is

Man. God aspired before and

Failed. Jesus was too much

God. Since God is moving

Towards Man, and Man is moving

Towards God—they must meet

Sometime. O but God is always

A Failure! That Time is the

End of the world. When God

And Man do meet—they will

Be so bitter they will not speak.

Posted by Douglas Messerli at 3:35 AM

Re: Villa, how is the fit between e.e. cumming's "Doveglion" and the self understanding of Villa himself as a poet?