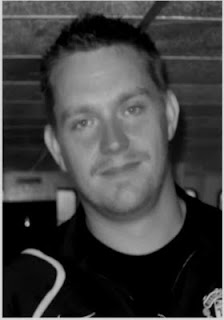 Matt Robinson is a native of Halifax, Nova Scotia, who currently works in Residential Life at The University of New Brunswick in Fredericton, NB. His most recent collection of poetry is no cage contains a stare that well (ECW, 2005), a full-length volume of hockey poems.
A two time National Magazine Award finalist, robinson’s poetry has received numerous awards, including The Petra Kenney International Poetry Prize and Grain’s Prose Poem Prize. A recipient of The NB Foundation for the Arts’ Emerging Artist of the Year Award, his poems have appeared on radio and television, in numerous Canadian, American, British, and Australian publications, as well as in anthologies such as The New Canon (Vehicule, 2005), Breathing Fire 2 (Nightwood, 2004), Poetry: A Pocket Anthology (Pearson, 2004), Literature: A Pocket Anthology (Pearson, 2004), Coastlines: The Poetry of Atlantic Canada (Goose Lane, 2002), Exact Fare Only 2 (Anvil, 2004), and Landmarks: An Anthology of New Atlantic Canadian Poetry of the Land (Acorn Press, 2001).
A poetry editor at The Fiddlehead, Robinson has also served as NB / PEI Regional Representative and President of The League of Canadian Poets. He holds a BA and a BSc from Saint Mary’s University, a B.Ed. from Mount Saint Vincent University, and a M.A. in Creative Writing from The University of New Brunswick.
Robinson's previous books of poetry include the letter-pressed, limited edition chapbook of hockey poems, tracery & interplay (Frog Hollow Press, 2004), as well as the full-length collections how we play at it: a list (ECW, 2002), and A Ruckus of Awkward Stacking (Insomniac, 2000), which was short listed for both the Gerald Lampert Memorial and ReLit Poetry Awards.