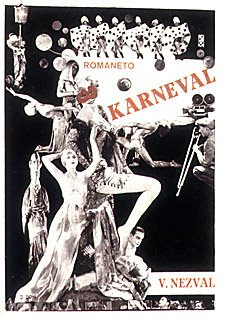 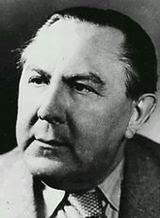 Vítĕzslav Nezval was born on May 16, 1900 into a family of a village teacher in Šamikovice in Southern Moravia. His father had cultivated an interest in the arts and had traveled long distances to see important exhibitions. He was especially involved with music and his teacher was the composer Leoš Janáček. Nezval's grand-uncle was an eccentric toolmaker and telegraph clerk, a man who knew the world and spoke several languages—"half scientist, half poet," Nezval would later describe him. The young boy's life was profoundly marked by these two men but also by the village culture, close to nature and the vocabulary of those who worked the soil. In 1911 Nezval entered the gymnasium in Trebic, where he also learned piano and began composing music. From 1916 on he was systematically reading and writing his first poetry. In March of 1918 he as drafted into the first world war, but he was sent home soon thereafter for partly real and partly simulated illnesses.

Pieces of luggage left on desolation highway
deprived of combs and handkerchiefs and photographs and letters
an offhanded wave adieu
out on the platform reading destination: moon
damp and disenchanted

How do they seize me these strange beings with no names
All their history as simple as Gibraltar
Bastards of reality and air who wander over Africa
The angelus clangs out
......

I still don't know what caught me maybe my own sigh
The trees out in the garden filling with white bandages
I looked back at those paper bindings
Over an iron hedge
Could I have been singing as I walked?
Just singing
And Paris sold off like a slave
Convulsed and crazy
Paris with your bridges made into your chains
Prague, Paris, Leningrad and all the cities
I have ever walked thru
Now I see a herd of women bound with ropes
The glow in drowning them the sky still free
Like bracelets that a crowd is rushing over
Oh you gates you bridges
Of the one and only city that I see
A cith cut thru by the Seine and Neva
by the Moldau
And a brook where peasant women wash their clothes
The brook I live by