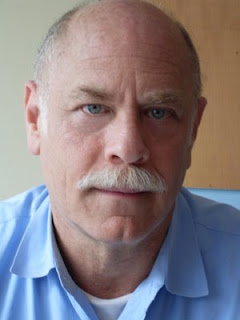 Robert Glück [USA]
1947
Robert Glück was born in Cleveland, Ohio in 1947. His family moved to the West Valley of Los Angeles when he was eleven. In Los Angeles he attended the University of California, Los Angeles, and later, The University of Edinburgh, the College of Art in Edinburgh, and the University of California, Berkeley, where he received his BA in 1969.
For a while he lived on a commune in the Sierras before moving to New York, where he attended Ted Berrigan’s writing workshops. He moved to San Francisco and earned an MA degree from San Francisco State University.
Glück worked as a housepainter in the Feminist House Painting Collective, as a carpenter, and then as the Co-Director of Small Press Traffic Literary Center. He led workshops at the Center which were a sort of laboratory for New Narrative writing. Glück has written: “We were
thinking about autobiography; by autobiography we meant daydreams, nightdreams, the act of writing, the relationship to the reader, the meeting of flesh and culture, the self as collaborator, the self as disintegration, the gaps, the inconsistencies and distortions, the enjambments of power, family, history, and language.
Glück was involved in anti-nuclear and anti-interventionist politics, and was arrested many times in non-violent protests. He was an Associate Editor at Lapis Press and Director of The Poetry Center at San Francisco State, where he continues to teach.
He is the author of nine books of poetry and fiction. His most recent work, Denny Smith, a collection of stories, was published by Clear Cut Press in 2004. Glück’s two novels are Jack the Modernist and Margery Kempe. Another book of stories was titled Elements of a Coffee Service.
Among his works of poetry are Reader (which also includes short prose) and La Fontaine, rewritings of that author with Bruce Boone. Glück’s work has been highly anthologized in books such as New Directions Anthology, City Lights Anthologies, Best New Gay Fiction (of 1988 and 1996), Best American Erotic (1996 and 2005), and The Faber Book of Gay Short Fiction.
His critical writings have appeared widely, including a long essay on the work of Kathy Acker in Lust for Life. Along with Camille Roy, Mary Berger, and Gail Scott, he edits Narrativity, a website on narrative theory (www.sfsu.edu/~poetry/narrativity/issueone.html). An anthology based on the website, Biting the Error: Writers on Narrative, was published by Coach
House Press in 2005.
Glück observes of his work included in this volume: “This long poem is composed of all my misreadings. It is a kind of autobiography organized by my unconscious, because each misreading is a small dream, a dream that occurs on the page.”
BOOKS OF POETRY
Andy (Los Angeles and San Francisco: Panjandrum Press, 1973); Marsha Poems (San Francisco: Hoddypoll Press, 1973); Metaphysics (San Francisco: Hoddypoll Press, 1978); Family Poems [poems and short prose] (San Francisco: Black Star Series, 1979); La Fontaine [with Bruce Boone] (San Francisco: Black Star Series, 1982); Reader [poems and short prose] (Santa Monica, California: Lapis Press, 1989)

Shakespeare’s glittering
In the sun. Blow
Buddy from mantrap
W/mustache fluffed
The ecstatic inferior,
The design of the
85% room.
Secretive and
Passionate, he really
Hopped that wasn’t
True. Multi-radical
From macho to micro,
Verbal knit love
Pitched between
Tenderness and volume,
Fucking a young
Muscle buffoon.
My penis stands
For something.
Bearded headache.
A miniature surveyor
The long scratch
Between stations.
The devastation of
The dollar for
Unblemished fun,
The penis cinemateque.
Parenteral nutrition
Marginal appetite.
Or giving Prozac
Room an exotic
Accent to reproach
Another part of
The divan. Love
Reptiles with pics.
Star in the mildew
Along the Peruvian
Coast in Lake
Archaic. Expensively
Good, I prefer acting
OUT. I felt a
Little bite out
Of it. Trick
The market, early
Modern nudes that
People are undulating
About or striking
Rigid poems.
That laptop laugh.
Jimmy the Window
Smoothes his lanoline
Soaked hair and nipples
Kissing, mourning,
Hiking, the rumbling
Of Heckert’s
“Riotfuckers.”
Shows Prostrates
Gathered in front
Of a church
In the seventies
They ate hurriedly
From the pack
At bitter campfire
To miss the
Executing draft.
NBA Bars 4
After a Brawl
Of innovating forms.
Text dreams as text
Away from motive.
That suddenly
Adopted the wind.
In its boredom
Light presents itself.
Major watercolor fodder,
Alternative definitive
Blond, Sol Lewitt
Sodomized me, the
Vast mark
Of his face
Hangs here—sudden
Light underneath
A cornice. Myself
As dilemma, sometimes
For centuries a lost
Bottom boy. The
Website of Zard
Omran, my brother,
Or the notion of
His freedomed collapse
His own gray
Domestic animals.