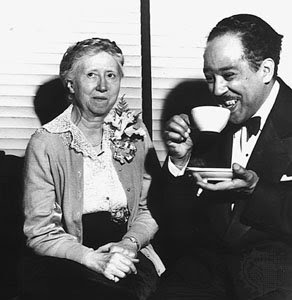 Born near St. Louis, Missouri, Mariane Moore grew up in the house of her Presbyterian minister grandfather, John Riddle Warner. Moore’s father, Milton, was an engineer-inventor who had suffered a mental breakdown before her birth; he had been committed to a psychiatric hospital, and Moore’s mother left him, returning to her own father’s home in Kirkwood. Moore never met her father.

At age seven, Moore’s mother moved the family to Carlisle, Pennsylvania, where she was to teach English at the Metzger Institute, a preparatory school for girls, and it there that Marianne received her education. In 1905, Moore began college at Bryn Mawr, near Philadelphia. Denied entry into the English program, Moore majored in Law, History, and Politics, and minored in Biology—an aspect that would be represented in her knowledge and love of animals, often represented in her poetry. Although she was not in English, she continued to write, becoming the editor of the college literary magazine.

After graduation, Moore returned to Carlisle, where she took a course in education at Carlisle Commercial College, and after which, she taught stenography and typewriting at the Carlisle Indian School. During the same period she worked for women’s suffrage, while beginning to publish poems in various magazines such as Others, Poetry, and The Egoist. When, in 1916, she and her mother moved to Chatham, New Jersey, she began regular trips to New York, developing friendships with H. D. and William Carlos Williams. In 1918 she and her mother moved to New York, and Marianne began working at a branch of the New York Public Library. 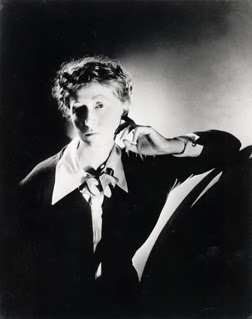 Moore’s poetry, particularly, her earliest work, which was collected without her knowledge by H.D. and Bryher in Poems (1921), was highly modernist, embodying methods of collage and bringing together various quotations and typological experimentation. In 1924 she published a longer book, Observations, which won The Dial Award and led to her being appointed, in 1925, as acting editor of that journal.

In 1935 she published Selected Poems, but in this volume readers begin to see the results of her severe revisions and rediting of her works. The poem “Poetry,” for example was cut transformed from a poem of 31 lines, was republished as a three-line statement-like work, and other poems, such as “The Fish” were utterly changed in with regard to typography, spellings and line-breaks. Indeed, her constant reworking of her poetry has led, over the years, to an outcry from several editors and critics (including this one) as over the years she winnowed down the complexity of her early works into brief, easily assimilated writings. Her popularity, however, only increased with the years, and she won the Pulitzer Prize, the National Book Award, and the Bollingen Prize for her Collected Poems, published in 1951.

In the poems selected below, I have tried to return to the earliest printed versions to demonstrate the nature of the work in its original, more experimental form. Two of these poems did not make it into her own Complete Poems of 1967.

[Please note: because of the restrictions of blog formatting, line breaks in these poems

follow the left margin, while in the originals they appear in several indented formats.]

To a Steam Roller

is nothing to you without the application.

You lack half wit. You crush all the particles down

into close conformity, and then walk back and forth on them.

are crushed down to the level of the parent block.

Were not '”impersonal judgment in aesthetic

matters, a metaphysical impossibility,” you

it. As for butterflies, I can hardly conceive

of one's attending upon you, but to question

the congruence of the complement is vain, if it exists.

Of the hippopotamus or the alligator

When it combs out on the bank to experience the

Sun, I do these

Things which I do, which please

No one but myself. Now I breathe and now I am

Merged; the blemishes stand up and shout when the

In view was a

Renaissance; shall I say

The contrary? The sediment of the river which

Encrusts my joints, makes me very gray but I am

Remain there; do away

With it and I am myself done away with, for the

Patina of circumstance can but enrich what was

With. This elephant skin

Which I inhabit, fibred over like the shell of

This coco-nut, this piece of black glass through

Into checkers by rut

Upon rut of unpreventable experience—

It is a manual for the peanut-tongued and the

But beautiful, my back

Is full of the history of power. Of power?

Is power and what is not? My soul shall

By a wooden spear; though-

Out childhood to the present time, the unity of

Life and death has been expressed by the circum

Perceive feats of strength to be inexplicable after

All; and I am on my guard; external poise, it

Where—in pride, but spiritual poise, it has its

My ears are sensitized to more than the sound of

The wind. I see

And I hear, unlike the

Wandlike body of which one hears so much, which

That tree trunk without

Its own thoughts to itself like a shell, maintained

By who knows what strange pressure of the at-

Brother to the coral

Plant, absorbed into which, the equable sapphire

Becomes a nebulous green. The I of each is to

The I of each,

A kind of fretful speech

Which sets a limit on itself; the elephant is?

Black earth preceded by a tendril? It is to that

That on which darts cannot strike decisively the

Needful as an instance

Of the indestructibility of matter; it

Has looked at the electricity and at the earth-

Quake and is still

Here; the name means thick. Will

Depth be depth, thick skin to be thick, to one who

Beautiful element of unreason under it?

Of the crow blue mussel shells, one

The barnacles which encrust the

of the wave, cannot hide

there; for the submerged shafts of the

glass, move themselves with spotlight swift-

in and out, illuminating

of bodies. The water drives a

of iron into the edge

of the cliff, whereupon the stars

toadstools, slide each on the other.

marks of abuse are present on

all the physical features of

out on it; the chasm side is

evidence has proved that it can

on what can not revive

its youth. The sea grows old in it.

There are human beings who seem to regard the place

good place to come home to. On what river;

of the finest shipping in the

world; the square-rigged four-master, the liner, the

an iceberg; the tug—strong-moving thing, dip-

ping and pushing, the bell striking as it comes; the

steam yacht, lying like a new made arrow on the

stream; the ferry-boat—a head assigned, one to

each compartment, making a row of chessmen set

for play. When the wind is from the east, the

smell is of apples; of hay, the aroma increased and

decreased suddenly as the wind changes;

of rope; of mountain leaves for florists. When it is

from the west, it is an elixir. There is oc-

arrived from Brazil, clasping and clawing; or a

monkey—tail and feet in readiness for an over-

ture. All palms and tail; how delightful! There is

the sea, moving the bulkhead with its horse

strength; and the multiplicity of rudders and pro-

pellors; the signals, shrill, questioning, per-

emptory, diverse; the wharf cats and the barge

is easy to overestimate the value of such things.

One does not live in such a place from motives of

expediency but because to one who has been ac-

customed to it, shipping is the most congenial

thing in the world.

I, too, dislike it: there are things that are important beyond all this fiddle.

Reading it, however, with a perfect contempt for it, one discovers that there is in

it after all, a place for the genuine.

Hands that can grasp, eyes

that can dilate, hair that can rise

if it must, these things are important not because a

useful; when they became so derivative as to become unintelligible, the

same thing may be said for all of us—that we

do not admire what

we cannot understand. The bat

holding on upside down or in quest of some-

eat, elephants pushing, a wild horse taking a roll, a tireless wolf under

a tree, the immovable critic twinkling his skin like a horse, that feels a flea,

ball fan, the statistician—case after case

could be cited did

one wish it; not it is valid

to discriminate against “business documents and

school-books”; all these phenomena are important. One must make a distinction

however: when dragged into prominence by half poets the result is not poetry,

nor tell the autocrats among use can be

insolence and triviality and can present

for inspection, imaginary gardens with real toads in them, shall we have

it. In the meantime, if you demand on one hand, in defiance of their opinion—

the raw material of poetry in

all its rawness, and

that which is on the other hand,

Posted by Douglas Messerli at 1:43 AM