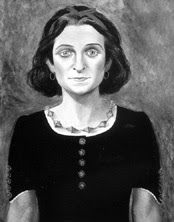 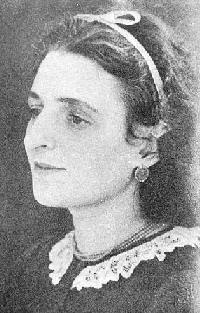 Laura Riding was born in New York City in 1901, the daughter of an immigrant from Austria-Hungary and a mother who had lost her health from years of work in sweatshop labor. Her father, a socialist and labor organizer, treated his daughter almost as a peer, involving her in lively debates on politics and other issues. In 1918, after winning three scholarships, began college at Cornell University. There she encountered the history instructor, Louis Gottschalk, who she married two years later.

After several years of traveling from college to college for her husband’s career, and being unable to finish her own education, Riding divorced Gottshalk. She had, however, begun to write her own work, submitting poems to The Fugitive, a magazine dedicated to the works of a conservative group of Southern poets, Allen Tate, John Crowe Ransom, and Robert Penn Warren, among them. They published her work in several issues of the magazine, embracing her for her irony and formal constructions. But by 1925 she had already moved away from their viewpoints, herself championing a poetry that embraced ideas of the poet as prophet (see “A Prophecy or a Plea”). Disgusted with American culture, and the New York literary world, she sailed to England in 1926, joining the British poet Robert Graves and his wife Nancy Nicholson.
She soon began Graves’s lover and collaborator, for fourteen years working closely with him on numerous projects of prose, poetry and fiction. He helped her to publish her first collection of poetry The Close Chaplet. She and Graves co-wrote A Survey of Modernist Poetry in 1927, and from 1935 to 1938 they edited Epilogue, a journal of textual analysis that would influence critics of the New Criticism. In 1927 she published her second collection, Voltaire: A Biographical Fantasy. During this period she also wrote other prose works such as Contemporaries and Snobs and works of fiction and prose combined, Anarchism is not Enough. A third book of poetry, Love as Death, Death as Death appeared in 1928. Sales of her books were limited, and Riding began to look beyond Graves to find intellectual stimulation. She helped to edit transition and, after discovering the work of Gertrude Stein, published in 1930 three further books, Poems: A Joking Word, Twenty Poems Less, and Though Gently, writing influenced in part by the great American experimentalist.
The same year she published another work of fiction, Experts Are Puzzled. She also drew the Irish poet Geoffrey Phibbs into the Graves circle, falling in love with him. When he rejected her, she leaped from a window, breaking her spine. Her demands upon her lovers, accordingly became almost legendary. A fictional account of her attempt a suicide, 14A: A Novel Told in Dramatic Form was published in 1934, and the following year she published her major collection of tales, Progress of Stories. The novel, A Trojan Ending, appeared in 1937 and her remarkable work, Lives of Wives appeared two years later.
Throughout much of the early 1930s, Graves and Riding had lived on Mallorca, but when the Fascists came to power, they returned to England, moving on to Switzerland and Britanny. In April 1939, the couple visited friends in the United States, Schuyler Brickerhoff Jackson and his wife. While Graves attempted to sexual engage the wife the former poetry editor of Time magazine, Riding appropriated Jackson himself. Ultimately, they married and, in 1943, moved to Florida, where they became involved with citrus farming. During this later period Riding ceased to write poetry, but worked instead, with her husband, on A Dictionary of Related Meanings. They also worked together on a large philosophical work, Rational Meaning: A New Foundation for the Definition of Words, which she completed six years after Jackson’s death in 1974.
In 1971 she was awarded the Martk Rothko Appreciation Award, and in 1973 a Guggenheim fellowship. In 1991, the year of her death, she received Yale University’s Bollingen Prize for poetry.

Posted by Douglas Messerli at 7:55 AM