Author of over fourteen books of poetry, Joe Ross was born in Pennsylvania and graduated magna cum laude from the Honors Program at Temple University in Philadelphia. There is was highly influenced by professors Toby Olson and Douglas Messerli. He soon moved, thereafter, to Washington, D.C. where we wrote his first book Guards of the Heart, consisting of four plays written in poetic form.
In Washington, D.C., he worked at The John F. Kennedy Center for the Performing Arts and was very active in the cultural scene of that city. He served as the President of the Board of the Poetry Committee at The Folger Shakespeare Library from 1994-1997 and as the Literary Editor of the arts bi-monthly The Washington Review from 1991-1997. He also co-founded and directed the In Your Ear poetry reading series at the District of Columbia Arts Center.
During these years Ross continued to publish poetry, including How to Write: or, I used to be in love with my jailer, An American Voyage, Push, Deflections, Full Silence, and The Fuzzy Logic Series.
In 1997 he received a National Endowment for the Arts Fellowship Award for his poetry and moved to San Diego, where he worked for the City of San Diego Commission's for Arts and Culture. In 1999, he left that position to put his poetics into practice, and to work directly in politics. He served as the Senior Chief Policy for several elected officials. He also continued to be very active in the San Diego cultural scene, serving as a board member of the San Diego Art Institute and co-founding and curating the Beyond the Page reading series in that city. Two more of his books appeared: The Wood Series and EQUATIONS=equals. In 2003 he received his first of three Gertrude Stein Poetry Awards. 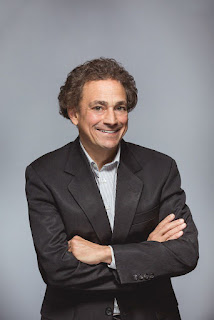 His work was also included in 1988 in The Best of American Poetry of that year, in Writing from the New Coast, Hungry As We Are, and in the 2005 anthology, The PIP Anthology of World Poetry of the 20th Century: Intersections: Innovative Poetry in Southern California.
His poetry reveals close links with the "Language" poets, but it seeks, in its disjunctive structure, puns, and linguistic riddles, to also be accessible to larger audiences. Many of Ross's poems are subliminally political, while concerned with love and interrelations between individuals. The American Voyage, in particular, concerns the idealism of American culture and its failures as a culture to live up to its ideals.
He currently works as a business communications strategist.

Was it you?
There in the new.
Morning is a verb –
fresh outlined
the action.
Sorry, did you say
evasion or invasion?
I can’t quite hear what
turned up
at the outskirts
of lasting. Remembering
peace was a verb too.
A complication necessary
and known not for
its fact but by what
it lacked.
_____
Reprinted from Job’s Horse (2005). Copypright ©2005 by Joe Ross.


from Guards of the Heart


SEMOSA: [Thinking to herself as she sees the old woman in the distance]

The years, bring little pain, yet they add.
Everything builds, somewhere, and takes a toll—
not at crossing or borders or bridges, but
rather, the outside coming in and staying—
too close to the beat, but by the river, pumping
echoes to shore washing upon the ears, ringing—
what the mind reflects through eyes before water—
at a time yet called and stalled, somewhere
in the actions yet to take place
yet remembered, somehow.
Though, not yet—
and was already.
As though time stopped, I look
there me, after befores.
And now.
How? I circle or turn or watch or am
involved.
She, there, yes, I remember, not
but feel or rehearse.
All too often, again, yes
there goes I
through time past, colliding forward
never moving
but yet a place, to watch
and call to companions, to look
and fill spaces—
not with bodies or lies or even plans,
but with the simplest of smiles—
arching a plain back to what connects
before we moved in, before we moved
before we.
And she know, not on the edge—
but where it gathers.

from An American Voyage
The world green blue in ambivalent sound.
The heat pressing down against.
The will of current.
Strings of palm.
Adagio of fish.
A light step into swim
recovering artifice from extinction.
Even the breath blue.
A tongue held in coconut bite,
the skin peeled back.
Raw fruit.
Rare exclamation.
A single purpose.
A lame excuse
limping for the night.
Stars suspended in inverted light.
Something is not right.
Something refuses to listen –
Speak or tell.
( from An American Voyage, 1993)

from An American Voyage

Leaning begins.
A slight sway in iron thought.
The nails painted brittle.
An elegant stretch of hand.
You awake to your own wake.
A memory of miles upon a sandy beach.
The sun so warm upon a naked back.
Each step a print into presence.
A single vision upon an exposed thigh.
The lips red, parted.
Each line, moisture for a searching tongue.
This held in mouth –
savored in wide blue’s spread light.
A tension on the tip of taut.
You freeze –
Let go.

A single lost walk to the edge of dune.
Each foot.
A step into coconut.
Wild wanderings in the wild of stars.
You make a head-spinning turn and stare
Wide open to a density of tropical hope.
Some where a front approaches.

White deck sandal and chisel –
A face, from the back, drinking darkness
Each blow is within us –
A spark, a chip to fly.
This easy night, a hammer without repetition.
Its maleness gone.
Bursting upon the ears, each chop.
If ice knew fluid. Blueness let in.
Hands.
Outlines.
Veins of time.
The callused, colossal, coliseum – no dictionary.
Then stillness.
Emerge[d].


Symmetry in sticks found.
Intransitive as to be.
Each climb. A series.
Parallel to harmony contained.
An open.
One runs with another.
Forested upon a wall.


The bark taken off.
Green wood. Buffer.
Shaved. Before sanding.
Back straight.
Perfect shoulders. Muscles diamond between.
Hand callused. Fingers, knots.
The chisel in teeth. Between breasts.
Let free.
In rhythm.
Blows.
Chips flew. The evidence of process is dance.
This dance. That dance.
Forearms sinewed to the triceps armed.
Ready for en[counter].
Here.
Peace.

Wood now to sound settles.
Slight the split opens.
Crack. [Im]perfect.
Creek.
Musing sap. To speak.
Not of nature apart.
A part
Of.


Plain said and said so. Page down Tuesday.
Oil wells and green field splinters, this year.
Old world poetry and the wasted paper leans upon the in us.
Dance rapid and tight, enough to notice and not care.
But to do and get done, already spent and not providing.
Your pension is our poison. Flowers & bombs at thank you.
Ten performances & awards, medals, honor – your substance, abuse.
We are grafted, held, and fought. Precious and few, on the mend –
torn, tattered, and made to mod. This rising retroaction
upon the spin, uneven, clean & shaven
This is dirty and obscene. A sight of laser light.
Pour that man a beer, shake the top down. Yo
mother fucker, new order hope.


My muse these days is a lit spoon. Impossible morning blindness. Cream.
I want to scrape your insides out, add butter, add salt, pull your poles and maybe
Paralyze your Polaroids. Expose your snap shot stops of this life.
Dried time. Only dried time dear. Your make-up make believe, mold pressed vision.
The mundane fission of coming between. Coming between yourself, these sheets.
Like going North to get South. Or funning to the East to fill up your West. Quest on
my hero. Lance me a dragon. Slay me a wizard.

How far out can you go to get in? Go on, try out. Tire out. The little train that could
had a secret about knowing the right track. They never tell you that.
Screw it. I just want to razor cut this rope wound round your neck, sorry.
Sorry for the facts. Sorry for the fate. Sorry the way the cards got dealt.
So, no real big deal. We are we – used to it. Welcome to us.
Post-hype, post-post generation – raised on division. Schooled on revision.
A multi-media blitz of fractured mind. Sample and re-recorded.
We’ll re-write the inside out.

A line that comes undone. Here honey your gun.
So sweet, so soft, so stiff. You’re malleable in form.
I ask for butter but will accept lead. Take head.
Your sex excites my mind. Your cheese runs my dog.
For you a thought must be inside out. And act – a divine
scream. Your center hot and melting rage.
I know thinly concealed – welcome to your world.
Now February, think of snow even if your not.
Try to cover in white, recover the not lost. I slip,
hold tight to this shoot.

There are tears in my body. Tears in you.
Tears in your lake. Tears in the world.
Tears on the take. Tears all over and really not a single
drop. Know what I mean? I feel has fell from the inside.
There stays the shell – take aim and launch. A site-on
Your cross hairs in my mouth. My weapon at your brain.
This kind act so.

With you all things are possible. Possessed taken and sure.
I cut across the day light and write this. A thank you. A belief
round around the other side. Come with me past mythology.
Beyond the shipwrecks I stick my hand into ashes. Wet earth,
Face fire to cool down. I want to wrap my breath around you.
Your love poem. A flagwave to the ahead. Branded and coming to.
The other half is words. Just words. Silence and full.

Is it on Earth? Reached.
My piano monks out to this lived played touch.
The wreck of us here. Religion does equal out.
Interchangeable with each other.
The anguish of being: Is Alone. A wish,
I go through. Human divine.
Help yourself, to our hour here.
Burnt ends crisp, the waiting
Us naïve and analysis, an amazing error.
Worship in the trees, spirit speak –
a place warm and strong leaves
several changes of mind: Food, home.
That’s all – we can hope, for a simple peace.
You watch, this listen –
The way the heat builds.
Pick out the left overs. Credible, sure.


All equations equal
equal.
Together this
Equation equals equals.
One left
out, out still.
Our us, another.
You equate
You You.

[‘The years, bring little pain, yet they add.”]
Reprinted from Guards of the Heart: Four Plays (Los Angeles: Blue Corner Books, 1990). ©1990 by Joe Ross. Reprinted by permission of Joe Ross.